YOU'D HAVE TO BE MAD NOT TO HAVE BOUGHT THIS MAGAZINE...

"I don't believe it!" as VICTOR MELDREW would say.  It's now been almost 20 years since I bought the first issue of this 8 issue reprint series of MAD - from the era when it was a comicbook rather than a magazine.  Yup, as every true comics fan will know, Mad started life as a comicbook, in the same format as other 'funny books' of the time.  I already had these comics in a deluxe slipcase set of four hardback volumes, but there was something appealing about seeing them in something resembling their original incarnations, as far as paper quality goes at least.

Well-worth having, and if you don't fancy shelling out big bucks for the hardback volumes, I'd imagine that these 8 classics should be fairly easy and - more to the point - inexpensive to track down on ebay.  Even if you're not consumed with a burning desire to own these great comic mags, I'm sure you'll all still enjoy seeing the colourful covers. 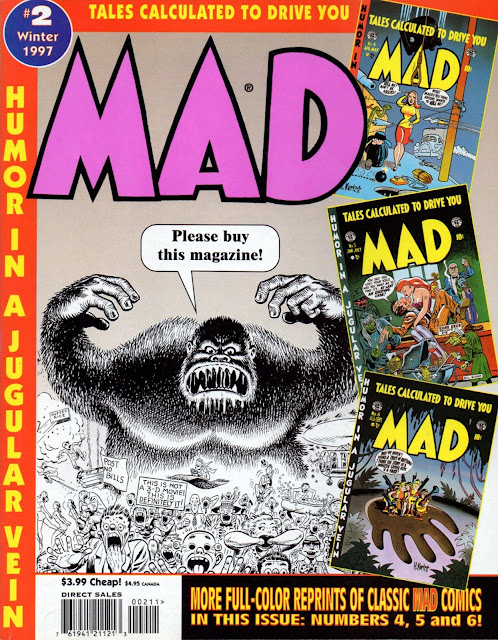 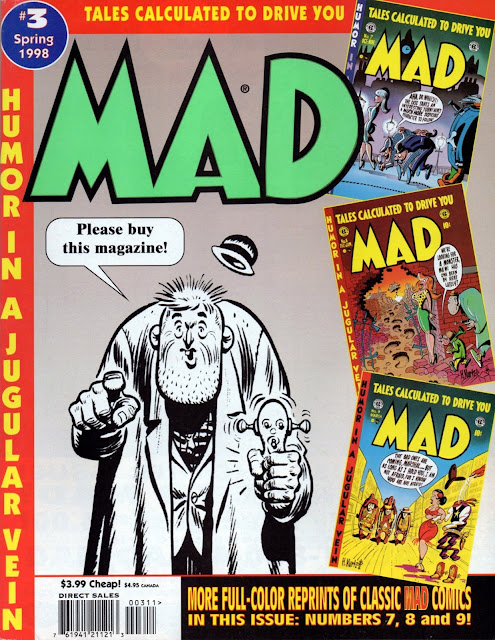 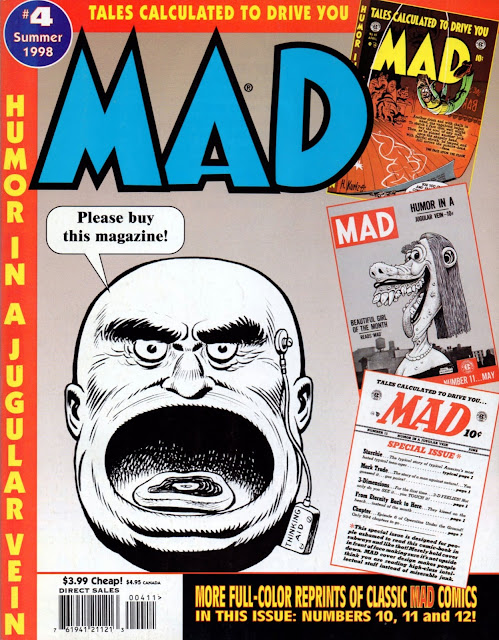 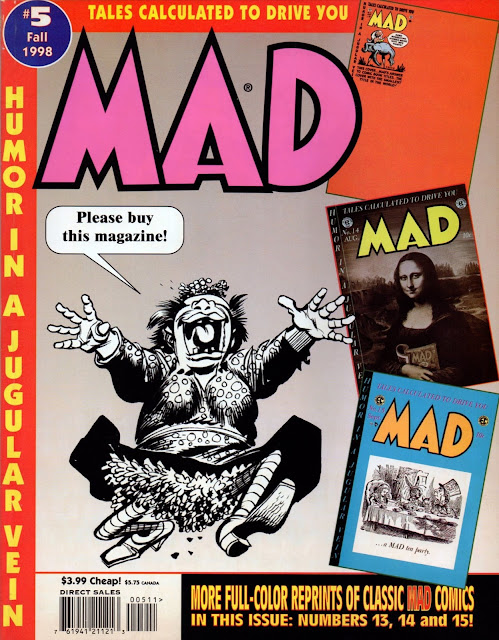 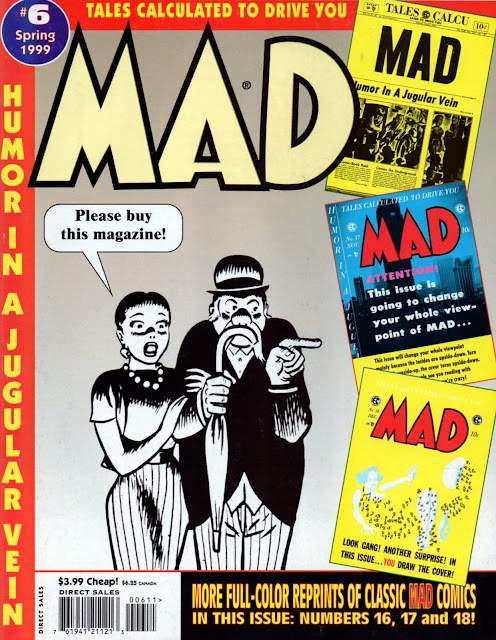 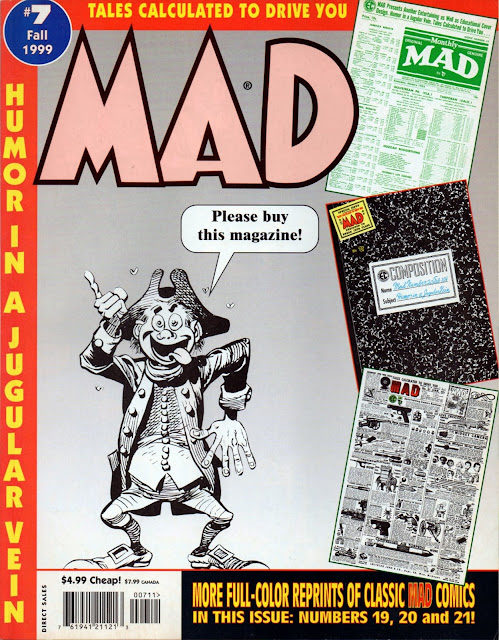 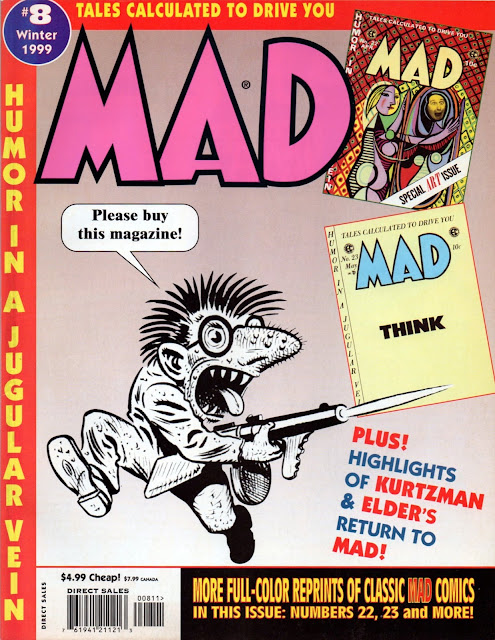 Great Post! Kind of weird - none of the covers you posted had an image of Alfred E. Neuman

Alfred E. Neuman has appeared in more than 1550 issues

There is no image more evocative of MAD magazine than the grinning, gap-toothed, freckled face of its mascot, Alfred E. Neuman. Ever since the big-eared redhead first graced the satirical Mad magazine’s cover in December 1956, Alfred E. Neuman has become synonymous with MAD, appearing on almost every cover since. But while MAD might have made the fictional character an icon, his origins remained murky for many years

He's on the cover (un-named, except as 'idiot') of #21 (shown on #7, 1999 issue). Alfred as a named mascot isn't really associated with the comicbook version of Mad anyway. I covered Alfred in Part Four of Mad Comic Cover Gallery back in February 2016. Here's the link: