The first two didn't begin life as 'POWER COMICS' - that happened somewhere along the way after they'd started reprinting MARVEL strips, but the next three began their runs with the big bold badge emblazoned on their covers.  For a while, all five weeklies were published concurrently, but eventually WHAM! merged with POW!, TERRIFIC with FANTASTIC, then Pow! with SMASH! and, finally, Fantastic also merged with Smash!, which became the sole surviving Power comic until it was revamped and relaunched (without Marvel reprints) in March of 1969.

Here then are all five first issue covers for you to drool over. 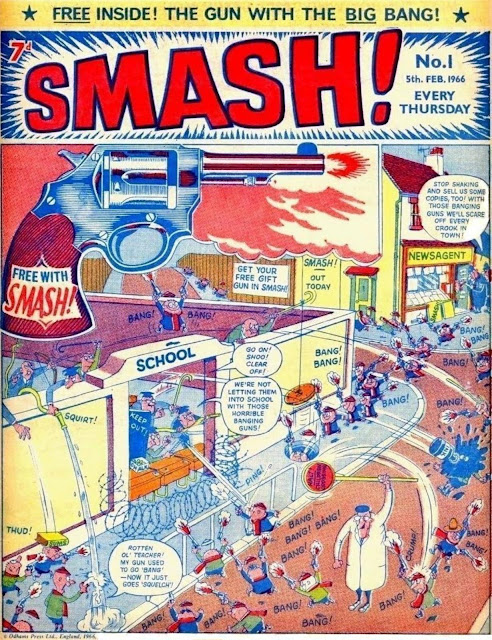 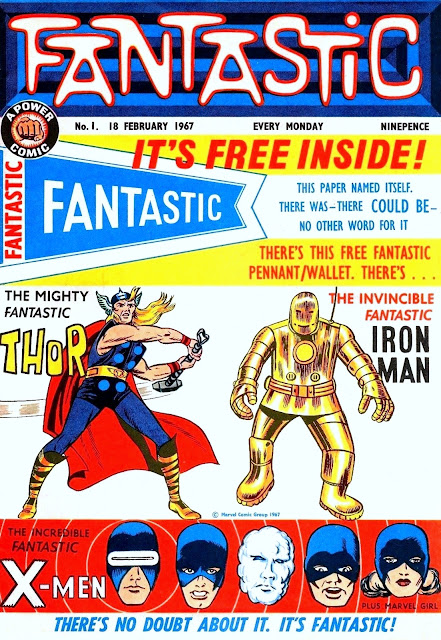 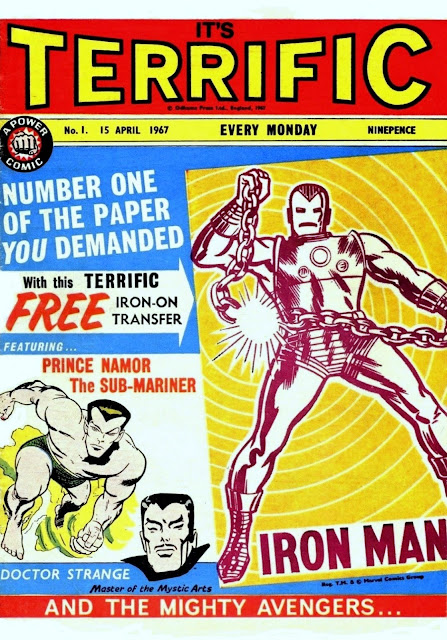 Cheers Kid. I had them all bar Smash. Fantastic I remember clearly, as I'd got Smash and Pow ( and TV Tornado ) that week and had seen the in-house ads for Fantastic, but didn't have enough money for it as well. That Saturday we went to my Granny's as per usual, to find her brother, old Uncle Albert had dropped in to invite the family to tea. He invited me to come shopping with him to Walsall and, as this was something different, I accepted and we caught a big blue bus and went upstairs to the front seats. At Walsall market I was looking at Fantastic #1 on a stall, so Uncle Albert bought it for me. After tea in his new flat, he entertained us all by playing his paddle organ and singing songs, including Yellow Submarine.
When I got Terrific #1, I gave the transfer to my Mother to iron on to my young brother's tee shirt. When we lost her last year, my brother, when sorting through her effects, found that she had kept his tiny little tee shirt, so it is now back reunited with its owner!

That's a nice little story, JP. Your brother should frame the tee shirt and hang it on his wall. You could get a colour photocopy of it and do the same.

And I'm sure they all love you right back, McScotty.