FASTER THAN A FART FROM THE FLASH - COVER GALLERY... (UPDATED)

If I remember correctly, I own the first two or three years worth of the post-Crisis '80s Flash series, but I can't recall where they're stashed at the moment so you'll have to settle for these dozen covers.  The first two are from facsimile editions, the third might be from a collected edition, most of the remaining nine are my original copies bought back in the day, with the exception of 187, 190, & 196, which were bought years later (and years ago).  190 was a replacement for my original copy bought in Rothesay in 1970.
I know Jay Garrick was the first Flash, Barry Allen the second, and Wally West the third, but the only one I ever really liked was Barry.  Who's your favourite Flash (and you can't say Flash Gordon), and why?
(Update: I've now added the front and back covers of The Greatest Flash Stories Ever Told.  Forgot I had it, to be honest.) 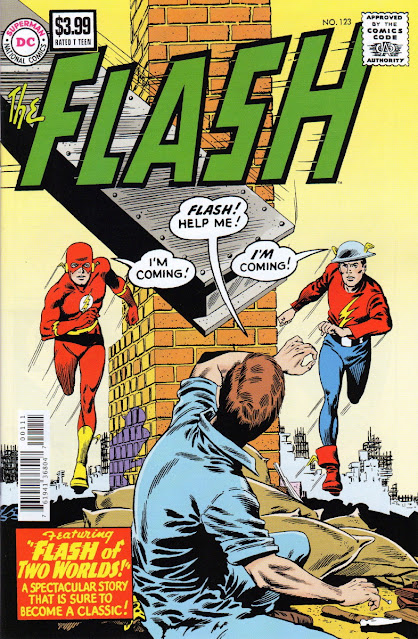 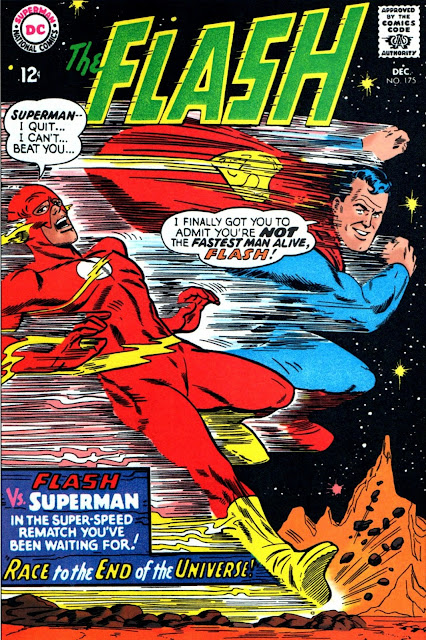 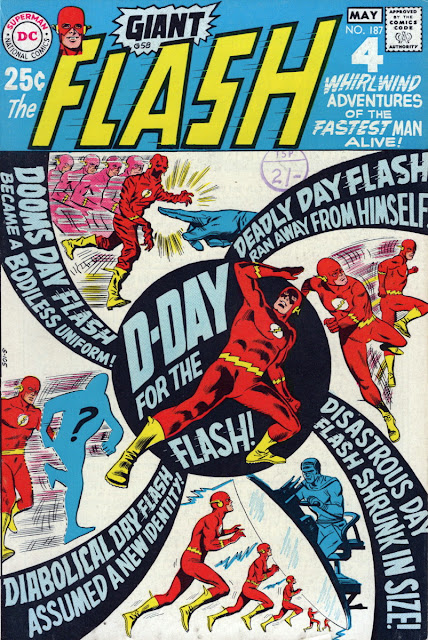 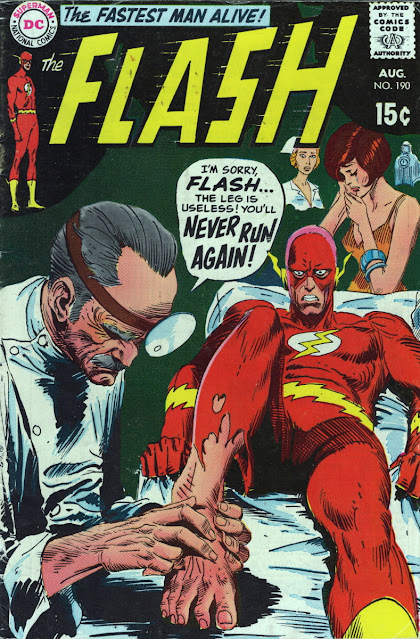 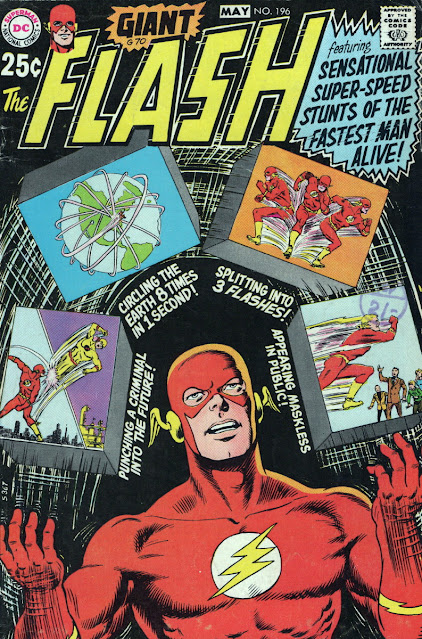 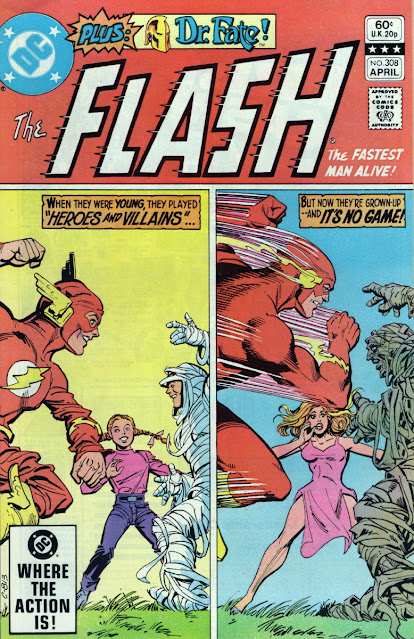 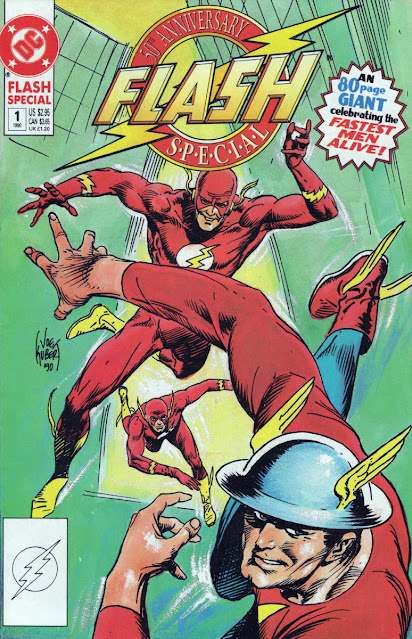 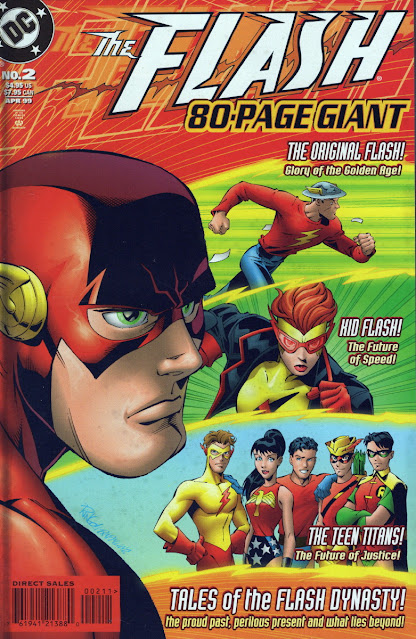 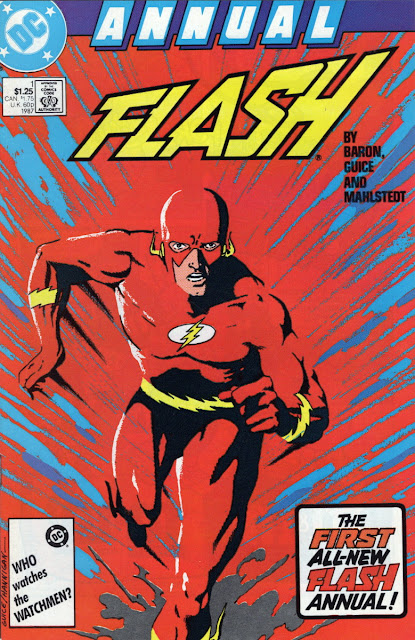 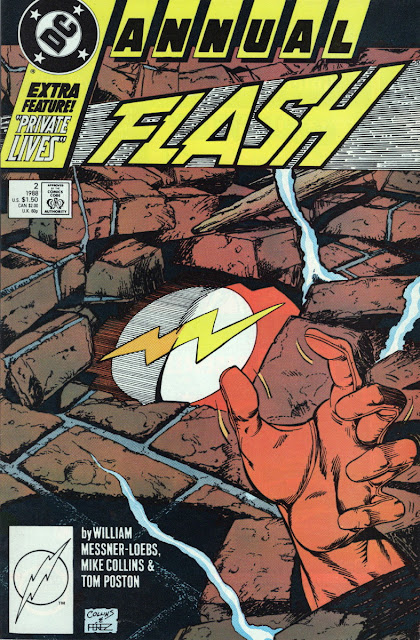 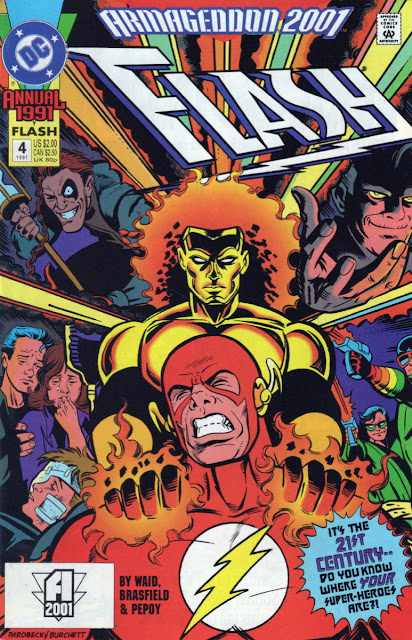 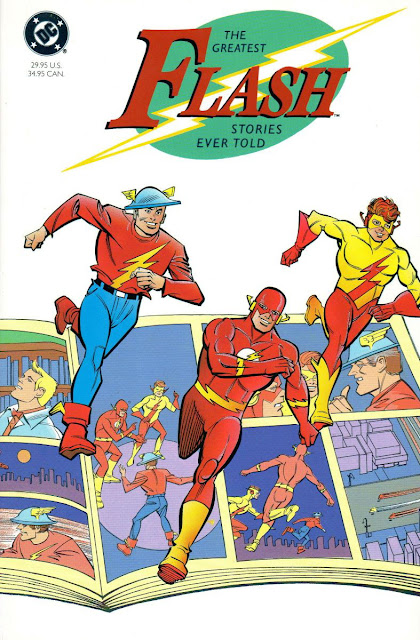 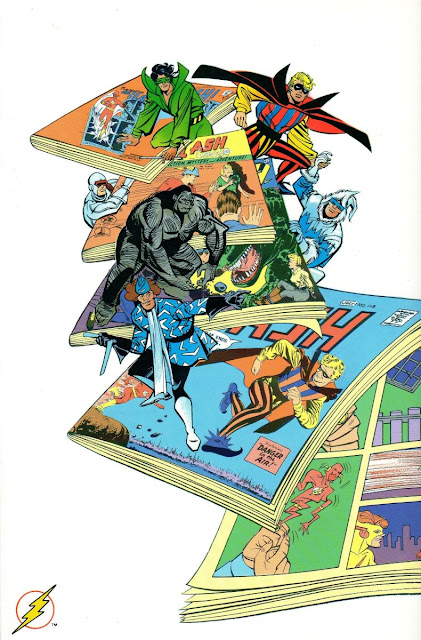 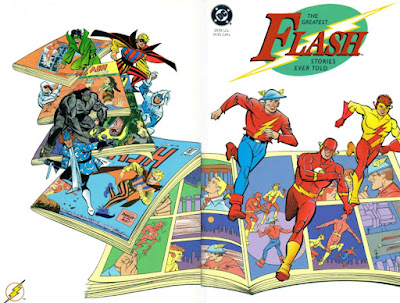 My fave was Barry Allen, especially when drawn by Carmine Infantino. There was something about his art style, and the writing - you knew that you were reading a DC comic. I had been collecting the, er, collected comics, 'In Chronological Order', but they stopped issuing them after volume 4. Sales no good? Maybe I should seek out an omnibus of the early years, though I don't have the cash for those these days.

I like the TV series, which seems to capture the tone of the comics, and had a thin athletic Flash instead of the over-muscelled one that the first TV series attempt had.

For me no doubt Barry Allen. And while the was too young to read most of the Infantino issues, I read them in reprints. They were gorgeously drawn and cleverly written. The problem for me with the Wally West issues was - the art paled next to Infantino . Flash didn’t look sleek and fast.

Yeah, the Carmine Infantino issues were hard to beat, PC & PS. I don't know whose idea it was to kill off Barry Allen in Crisis, but they should've been given a slap. I never saw the second attempt at Flash on TV, but I don't think much of the one in the JLA movie. I'm trying to remember if I bought the first volume of the Archives edition of The Flash - my memory's terrible these days.

I was never a massive an of Infantino's Marvel work ( I actually disliked it) but his early DC art on Flash and Batman was just wonderful . He did a few lovely Elongated Man strips as well that I recall loving as a kid. Barry Allan is the Flash for me, like yourself I was stunned they killed Barry off ( is he still dead lol) considering he was a DC mainstay. Then again DC really messed up Hal Jordan in Green Lantern. I always loved those whacky 1960s early 1970s Flash covers.

Sadly, just like Kirby and Ditko, Infantino's art deteriorated in his later years, McS, but like you say, his early art was great. And last time I looked, Barry Allen had been returned to DC continuity, but I don't know if it's still the case. Every time you blink, something's been changed - who can keep up?

"My" Flash is Wally West, because he's the one that I bought the issues of as they came out. There is a really good story around issue 90-odds of the West series where Barry Allen apparently returns to life which I loved at the time.

Glad you included the 50th anniversary special, Kid- that's a really enjoyable comic. If I remember rightly, it was a sunny spring day when that went on sale (or maybe I've got that completely wrong and it just seemed a nice day because I'd just bought comics!)

One of the sad things about getting older, DS, is that my ability to recall details surrounding the acquisition of comics diminishes, and I can actually remember nothing about the circumstances (where I was, who I was with, the weather, etc.,) of my purchase of the 50th Anniversary issue. Having said that, it sometimes takes a while for my memory to 'warm up' these days, and it may all come back to me later.

I was never a great Flash aficionado, although having said that, I think I have 90% of the comics you've featured in the blog post. My first exposure to Flash was in Brave & Bold #67"The Death of the Flash" with its awesome splash page of Batman holding a dead Flash in his arms. So Barry Allen was "my" Flash, and I always associated Carmine Infantino's artwork with the character, closely followed by the work that Irv Novick did in the 1971/72 "48-page/25 cent" era.

I also liked Ross Andru's version (inked by Mike Esposito) in #190, though I don't know how many issues he drew in total. However, I don't buy that The Flash can run around the world 8 times in one second. That's pushing things.

Yeah, I grew up with Barry Allen, so I liked him best of the first three Flashes. Of course there are some aspects that aren't purely nostalgic. I barely remember any of the villains introduced in the Wally West series, and the only Jay Garrick villain I really liked was the Fiddler. But Barry had the best villains, just a little before other great rogues galleries got going with Green Lantern, the JLA, the FF and Spider-Man.

The Flash had Kid Flash as a sidekick, so it's just as well the Fiddler didn't have one as well, eh, GP? That would never have got past the Code. To be honest, I don't think I was ever impressed by any of the three Flashes' villains - they always seemed a bit second-rate to me.

"Kid Fiddler," hmm? Well, as long as they didn't use the sound-alike starting with "D"-- but then the guy who did BRICKMAN might sue. (Don't ask me why I happened to re-read that old Harrier one-shot recently; I haven't looked at most of my eighties black-and-whites for a dog's age.)

Totally off topic: do those old Harrier comics have a following in UK these days? I used to pick them up in quarter boxes, but aside from their being the first to publish Campbell's BACCHUS, I didn't think the company earned much repute.

Got to be honest, GP, don't know much about Harrier Comics and I can't recall ever buying one of their mags in my life. I've heard of Eddie Campbell's Bacchus, but again, never read an issue.

Harrier had some nice stuff by the likes of Paul Grist, Grant Morison, Phil Elliot, Glen Dakin etc . A title called Red Fox a type of humorous Red Sonja thing I think was heur big seller. A bit hit or miss sadly mostly the latter but it was a good attempt at a UK comic company. I always wonder what happened to Martin Lock, the publisher and ex BEM fanzine publisher

I see he wrote a few Tharg's Future Shocks back in the day, McS, and maybe even other stuff for 2000 A.D. It would be interesting to know what he's doing now. Probably doesn't read Crivens, but if anyone knows what ML's up to these days, leave a comment.