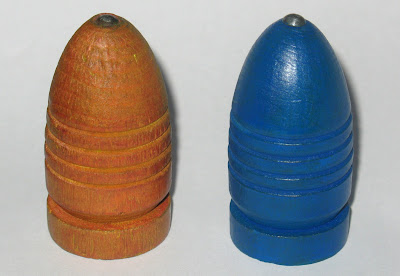 It's 1963 - perhaps.  Around about then anyway.  Maybe it was '62 or nudging into '64, but let's say '63 just to keep things simple.  My family (consisting of mater and pater, sibling and myself) were en route to my maternal grandparents' house in Hamilton Road in Rutherglen.  We visited them every Sunday right up until I left school and started working, whereupon it was decided that my obligations as a grandchild had been fulfilled and I was freed from this weekly chore (as it seemed at the time).  In '65, my grandparents (who I later referred to as Grunt and Grumpy - yes, I was a charmer, wasn't I?) had moved to my home town, but until then, whenever we visited them in Rutherglen, we passed through Gallowflat Street, stopping to look in the window of a now fondly-recalled shop named Johnny's, which always had a fascinating array of toys on display.

Just around the corner on the other side of the road was another little newsagent's, and one Sunday, my father bought my brother and me two old-fashioned wooden tops.  Why?  The shop was open (not many were on Sundays past one o'clock in those days) and they were inexpensive, and perhaps my father had owned a similar-type top in his youth and wanted us to experience the fun that came from such simple, non-battery operated pleasures.  We had these tops for years and I could never get them to work.  Each top came with a stick with a strip of square leather attached, which was wrapped around the top and then pulled quickly to propel the top into spinning motion.  Well, at least that's what was supposed to happen.  Interestingly (or perhaps not), I was in that same newsagent's (now under different owners) a few weeks ago, for only the second time in 54 years, the first visit back being around 17 years ago .

Anyway, jumping ahead to the late '60s ('67 or '68) and the occasion of my birthday, I visited my local town centre and bought three things (from Woolworth's if I remember correctly) with my birthday money:  A Ping-Pong set, a Matchbox Volkswagon 1600 TL - and another two of those same tops we'd had more than half my life before.  In fact, I may still have had the first two tops, but you know what it's like when it's your birthday and you have money to spend - you spend it, and not always on things you need or even particularly want.  Say what you like, but there's a pleasure to be had in spending money merely for the sake of it, and that may be what I did on that day.  That second set of tops remained in my possession for many years right into adulthood, and when we flitted back to this house in 1987 (regular readers know the story), I was under the impression that I still had them (I know I did before returning), but I've never been able to find them.  Perhaps they're up in the loft (attic) in one of the many boxes somewhere, but if so, their precise location remains undiscovered.  (I live in hope.)

So, I recently purchased two replacement tops on ebay, just to be able to enjoy the warm familiarity of their presence and relive the memories associated with both sets of tops in my far-away childhood.  It's an indulgence I know, but one I find pleasure and comfort in, and you surely wouldn't grudge me such a thing in the latter stages of my sojourn on this spinning globe we all call home.  If only I'd been able to make these childhood tops spin in a similar fashion, I'd have been a happy lad, but the adult I now am will be satisfied just to gaze on their doppelgangers and remember the world of yesteryear, when I was just starting out on what is now an all-too rapidly diminishing journey.  (Hey, I think that 'spinning' analogy is a pretty good one, contrived or not.)

Is there such a toy from your childhood that you'd like to be reunited with (even if it's only a replacement) to better reconnect with those halcyon days?  Or have you already done so and derived great happiness from it?  If so, why not share the tale with your fellow Criv-ites in our hungry-for-input comments section?  Go on - spread the joy!
Posted by Kid at Saturday, May 25, 2019

Ahhh we've spoken before about Johnnys but what a shop for a 60s/70s kid into toys and comics I had a top like those shown they came with a colour coordinated stick with a stri g (a whip) I had totally forgotten about those. I would like to pick up one if those 69e toy plastic rockets you put caps in not seen one in ages

I'd like one of those cap rockets myself, PM. I think I've got a smaller version very similar to them somewhere, but I want an actual '60s one. I remember the simulated rivets on them and the (seemingly) hours of fun to be had from throwing them up in the air and listening to the caps explode when they hit the ground. (No neighbour's ears were harmed in the performance of this deed of course.)

In the late 70s, i had a yellow prismatic Superman badge that I would love to be reunited with. I've had no luck finding one on ebay so far, but i regularly check.

Hope you find one soon, DS. There's nothing to match the pleasure that comes from reacquiring an item from childhood. (Though a hot date with Salma Hayeck runs a pretty close second.)