If you're like me, when you saw the golden globed DALEK EMPEROR for the first time in TV CENTURY 21 back in 1965, you probably assumed that it was his debut appearance in comic strip form.  It wasn't until many, many, many years later that I discovered he'd previously seen print in The DALEK BOOK in 1964, which, if it followed the pattern of other Annuals, probably went on sale in August or September of that year.  Not only do I not recall ever spotting any of the three Annuals in the shops, I also have absolutely no memory of seeing them in the possession of any of my friends or classmates.  Mind, I'm not stating categorically that I didn't see them, just that, if I did, I don't remember ever having done so.

If you're not like me, and you had that first Annual (above), you'll be laughing at my then-ignorance, and perhaps even feeling a little sorry for me for the clearly deprived childhood I was forced to endure, unaware that such magnificent Annuals even existed.  Never mind though, I've got all three of them now, as well as all four of the ones from the '70s, even if, apart from the subjects, they weren't connected.  By that I mean the first three were by Panther Books/Souvenir Press (reverse the order of the names for the 2nd and 3rd books) and the next four were by World Distributors.

I've shown the covers before, but this time all seven of them are from my own collection, the 2nd and 3rd ones having previously been 'borrowed' from the Internet.  I actually repaired the first three books for someone a couple or so years back and took the opportunity to scan the complete contents at the time, but that was only a stopgap, as I much prefer having the 'real thing'.  I obtained the first book a short time later, and have now acquired the remaining two within the last several days or so.  Only one thing remains - to find the time to sit down and read them from the beginning, right through to the very end, but I can't even begin to guess when that will be.  Time just seems to race away from me these days, and I'm waking up to a new one before I've even realised the old one is over.

Anyway, enjoy the covers, but remember - they're all mine.  (The '70s books had different back covers, so I've included them here, but the the front and back on the '60s books were the same, so no point repeating them.) 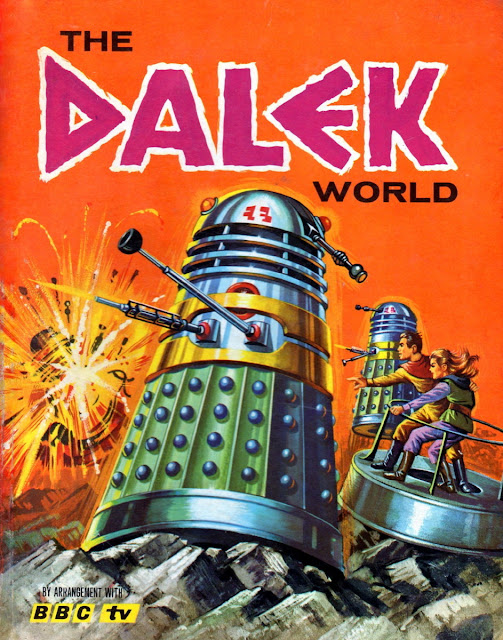 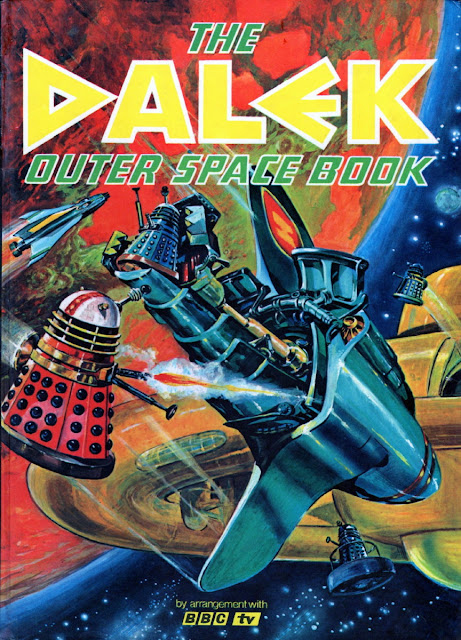 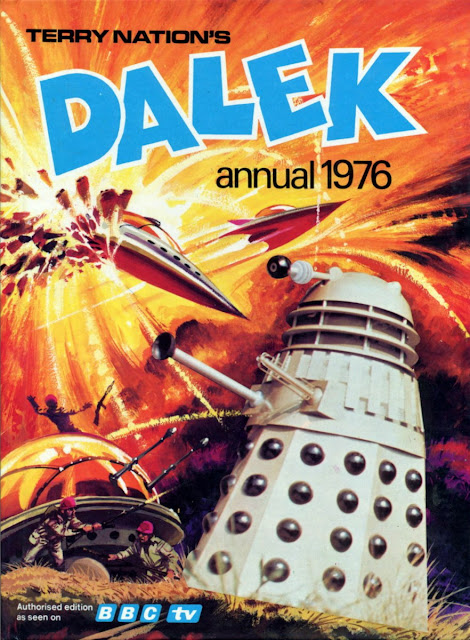 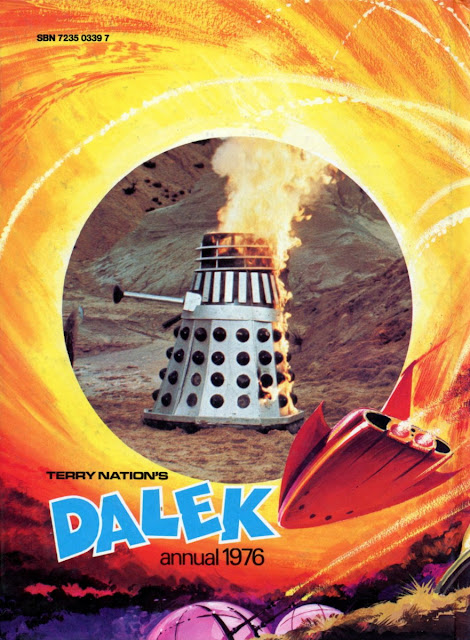 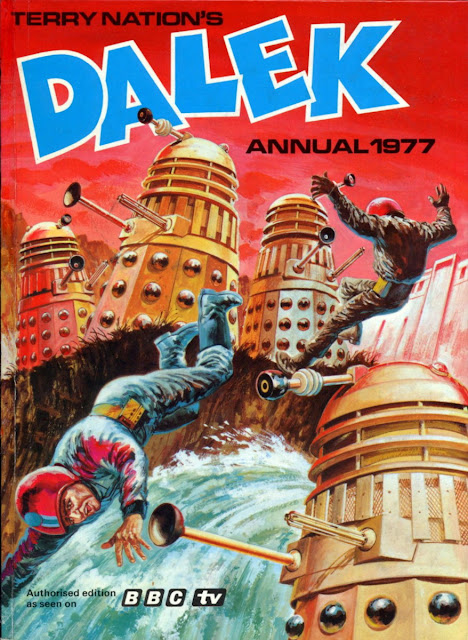 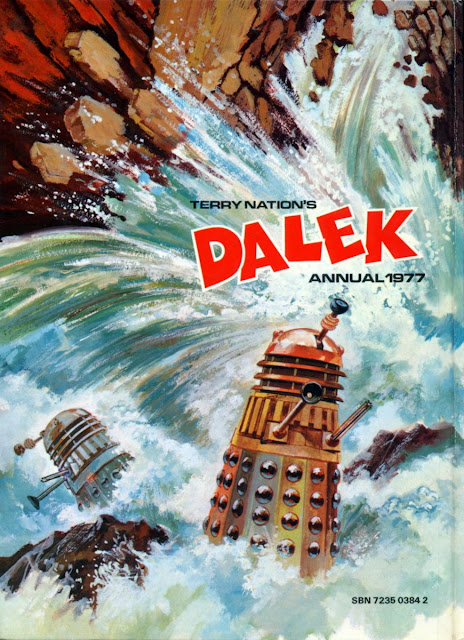 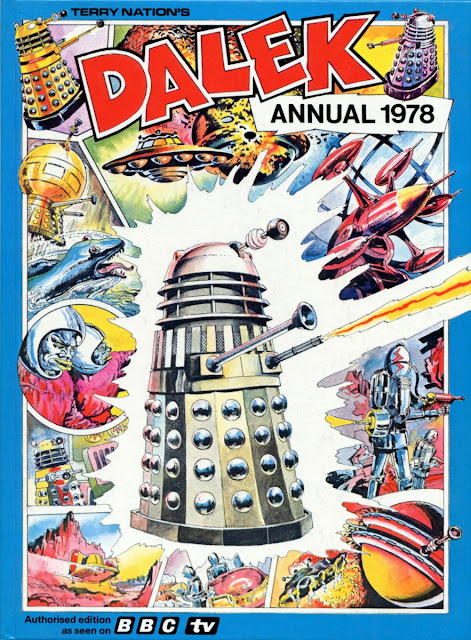 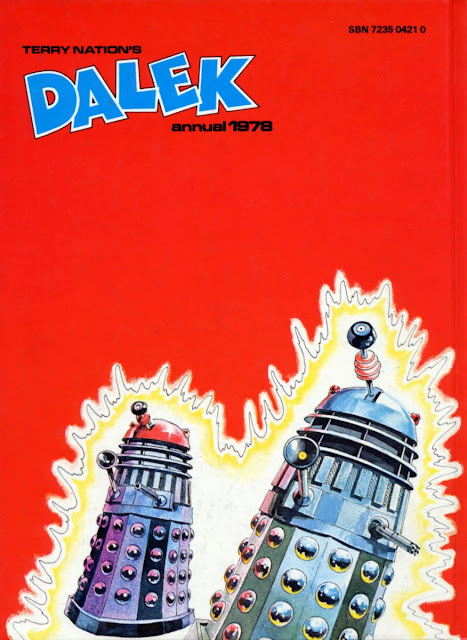 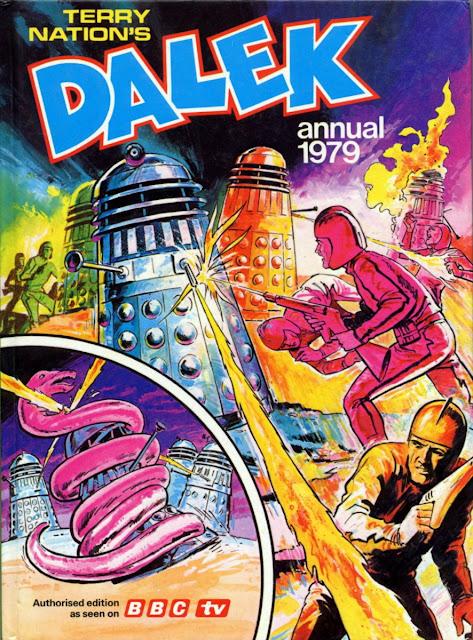 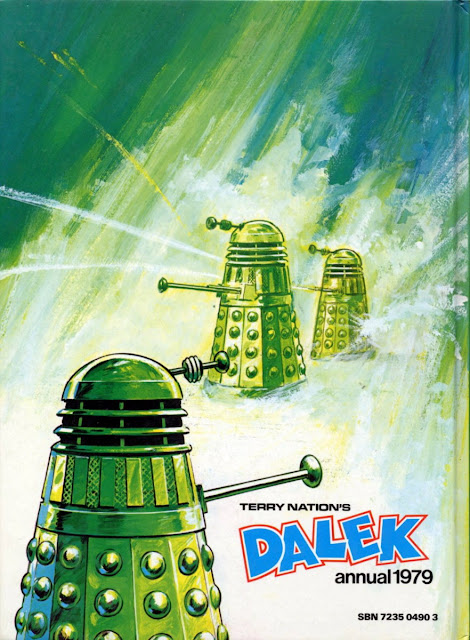 Pleased you completed the set. They look good.Excellent artwork. Unfortunately the Daleks never really sold on me.. The Dead Planet was the ultimate story. I do have the first Dr Who annual and will never part with it. Hands up those who are planning on buying the latest Dr Who annual (not)

Oops! I accidentally hit delete instead of publish, so I've cut and pasted your comment from my email alert, LH. I've got the first Dr. Who Annual too, but I definitely won't be buying the JW one. (That's Jodie Whittaker, not Jehovah's Witnesses.)