Now here's a blast from the past.  The WIZARD #1
from February 1970.  I was yet a primary school pupil when
I first bought and read the comic 46-odd years ago.  Today, I
acquired this replacement, and although I haven't yet re-read
it, I plan to before I get very much older.  It's always nice
when a little piece of the past pops up in the present.

The comic was, in actual fact, a revival - in name at
least - of a story paper that first saw the light of day in 1922.
Amazingly, it survived until 1963 - a staggering 41 years.  The
revived title didn't manage quite as long as that, bowing out for
the final time in 1978.  Note that publisher D.C. THOMSON
still weren't calling the weekly periodical a 'comic', prefer-
ring to refer to it as a 'picture story paper for boys'.

Want a taste of the contents?  Be my guest. 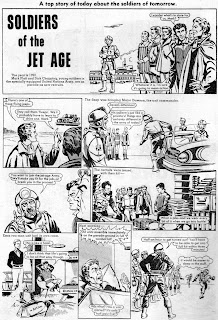 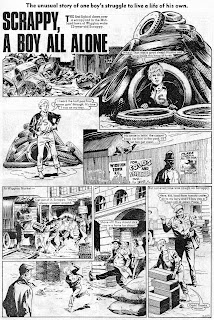 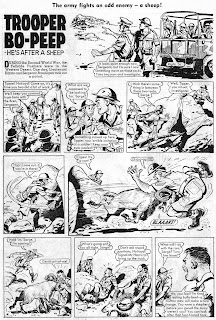 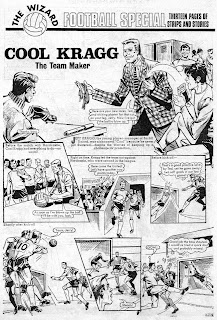 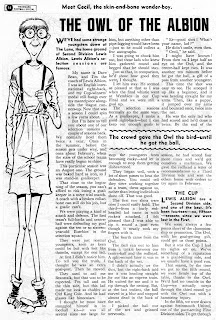 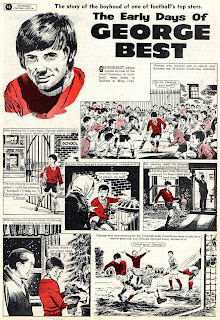 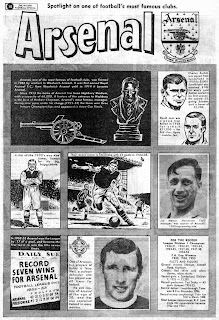 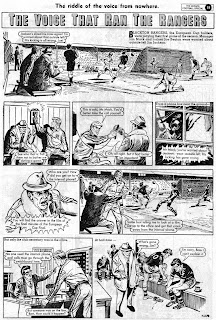 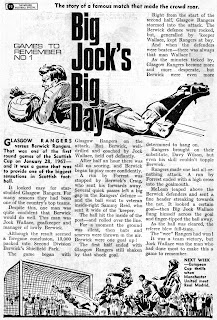 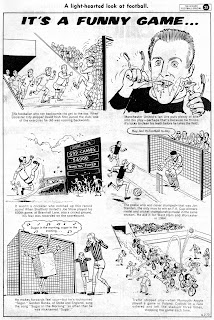 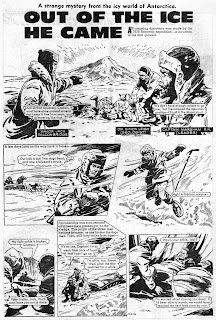 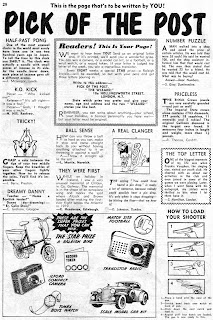 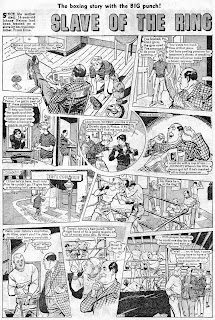 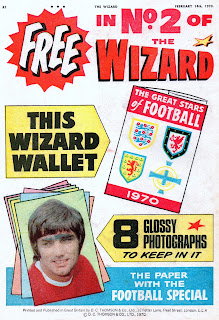 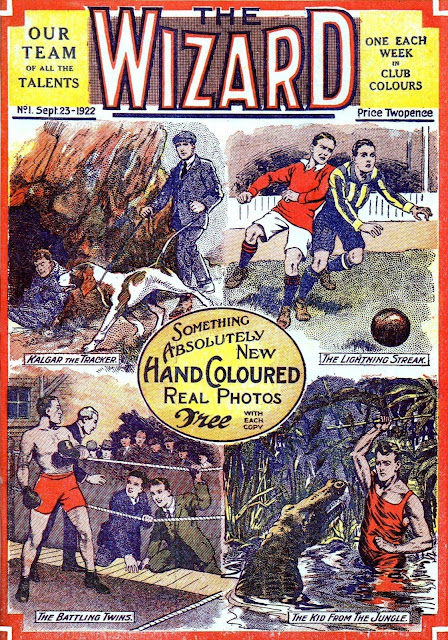 A bit of work will have gone into THOSE pages, Kidda, cleaning them up to that standard!
I actually came across some of the original Wizards, during rainy play-times at school, but there was too much text for my little eyes. I did, however, like reading the war stories in the Hotspur and Hornet at that time.

Nah, didn't have to do much at all, to be honest, JP. The copy I acquired was nice and clean. Just upped the white a little.

I've actually heard of George Best. He played football (US: "soccer") for United. I get the impression that some older people didn't like him, because they thought he was a punk and his hair was too long. And that's the sum total of my knowledge about him.

I was signwriting some ads in Fir Park football stadium in the early '80s and George Best was being interviewed there for a TV show (maybe the News). Me and a couple of other guys were sitting on the seats just a few feet from the tunnel to the changing rooms, and when he left the pitch after his interview, he nodded up to me and the other guys - but mostly me 'cos I had a distinctive look at the time. So 'sort of' met him.

Wizard was one of the few DCT adventure comics I used to read as a kid - For a cover this is strange looks like a poor advert but it also kinda works - George Best was one of the worlds greatest ever players I saw him playing for Hibernian against (my team) Hamilton (1-1)when he was at the end of his career he just had a magic about him even although by this time (1980) he was out of his and our (Scottish) league but despite that you saw flashed of true skill (and a beer belly) As he left the stadium he looked up at the Hamilton fans and smiled and winked at us all not like todays so called superstar snobs (well most of them) I think in the 60s older folk then might not have liked him as he was the UKs / Europes first real modern sports superstar dating models and drinking waaay too much but in general Best was pretty much considered a genius , Huh Fir Park, I think some wee diddy team plays there Kid :)

It would be interesting to see what new IPC comics (if any) hit the stands at the same time as The Wizard, PM, as one company usually responded with a new mag when the other launched anything. The cover is a bit of a letdown - it looks as if it was knocked out in minutes.

Regarding Fir Park, Jock Wallace was the manager at the time, and the PR person was a lady called Pamela Rose, which I thought was very apt because of her initials. I was signwriting some of the advertising boards dotted around the pitch, plus ones above the stands. Must've been early to mid-'83, I think. I don't think Bestie was playing for Motherwell, so he must've been playing for a team who had an upcoming game against Fir Park's finest, hence his being interviewed at the grounds.

Yeah George Best played for Hibernian for his short time in Scotland at that time our footy was pretty good and he just want fit enough for the top league - I think he only stayed for 3 months but he put 1,000s on already high gates.

I've never been to a football match in my life, although I was one of hundreds of 'extras' in the stands at Hampden Stadium when Ally McCoist's football movie was being made. Saw Robert Duvall, but I've never seen the movie so don't know whether I got a close-up, Mr. DeMille.