This popular periodical had several title variations over its nearly 7 and a half year run.  The first was JUNIOR EXPRESS, then JUNIOR EXPRESS WEEKLY, followed by EXPRESS WEEKLY, then TV EXPRESS WEEKLY, and finally simply TV EXPRESS.  It started life as a newspaper for children in 1954, changing to a comic not too long after.  'TV' was later added to the title when it started to publish strips based on popular television shows of the time.

Back in the mid-'80s, an IPC editor gave me a stack of file copies of the comic, which I kept for around 25 years or so.  I'd never seen the comic as a child so I eventually parted with them so that others could appreciate them the way they deserve to be. First though, I scanned the HANNA-BARBERA strips and the covers of the smaller issues, photographing the larger ones.

Anyway, hopefully you'll enjoy the first part of this gallery and decide to come back for the other posts in the series. 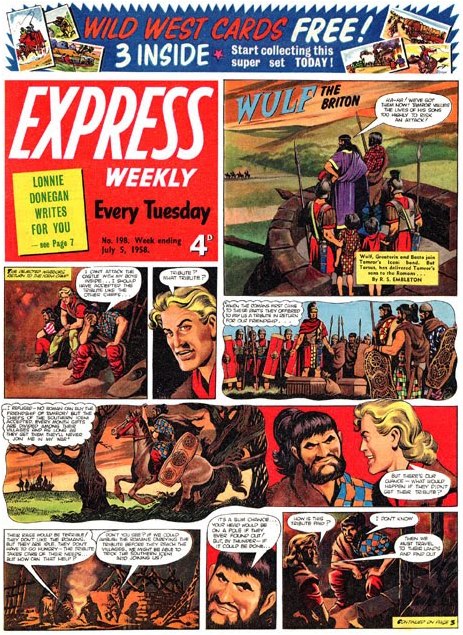 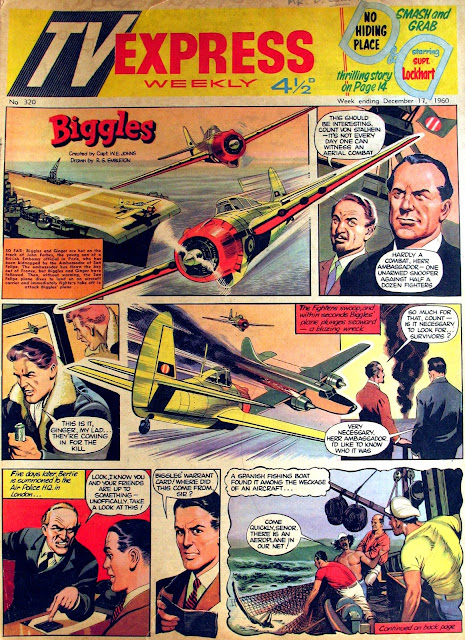 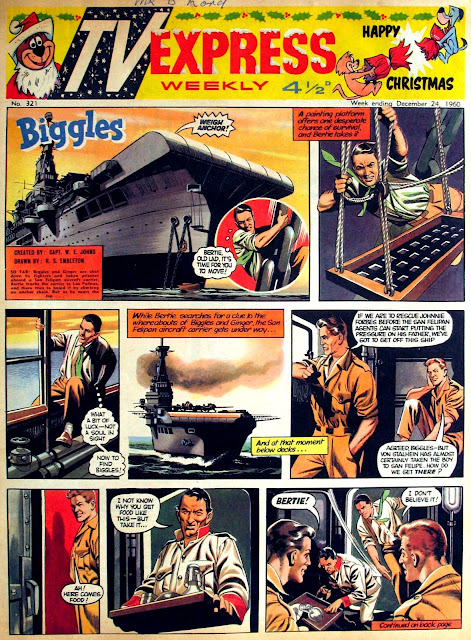 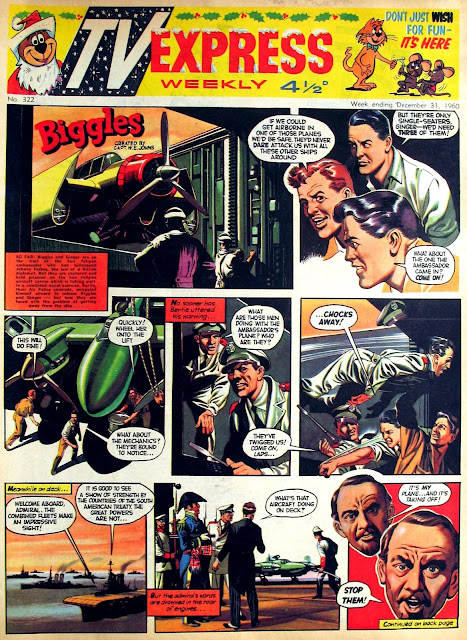 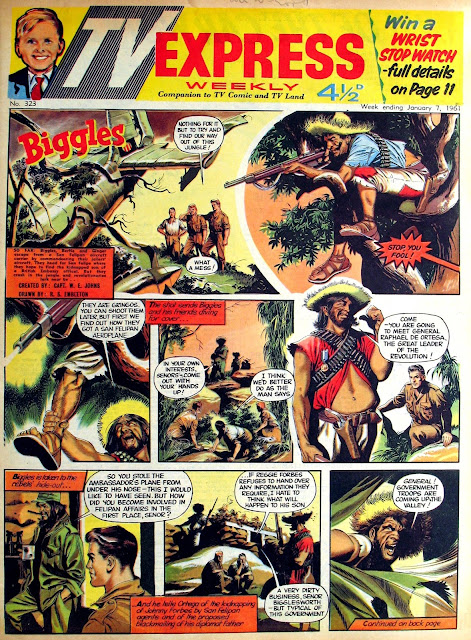 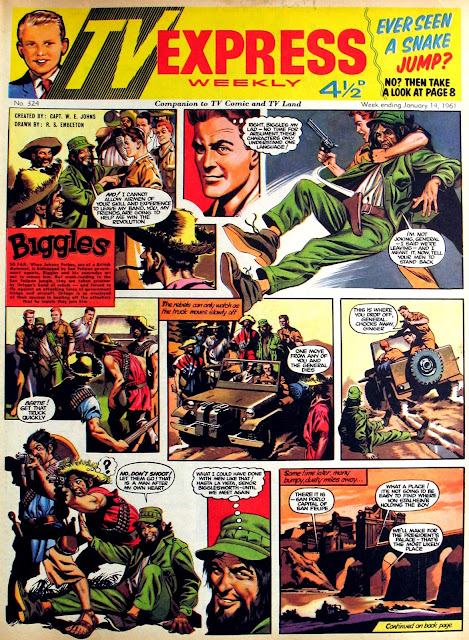 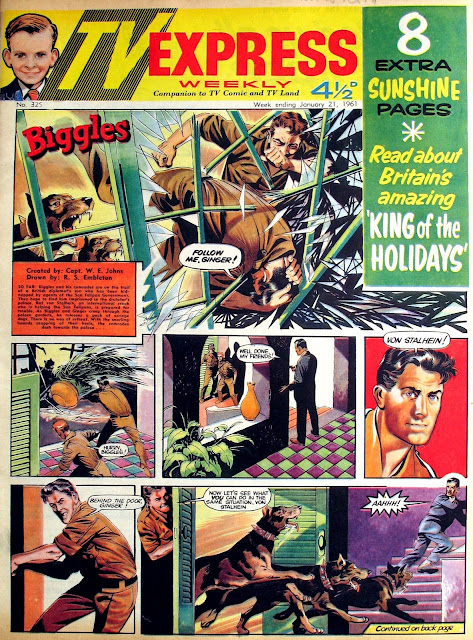 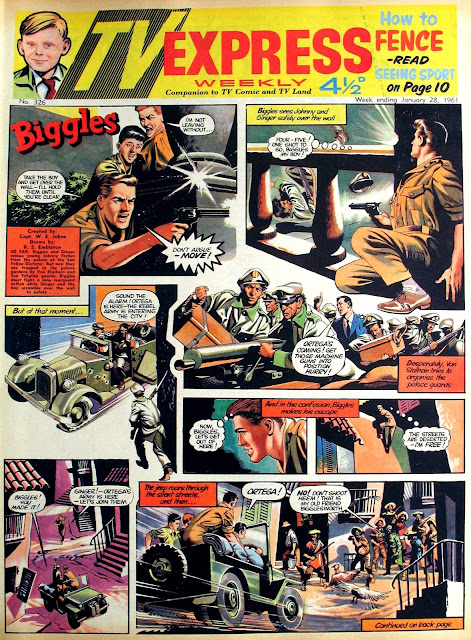 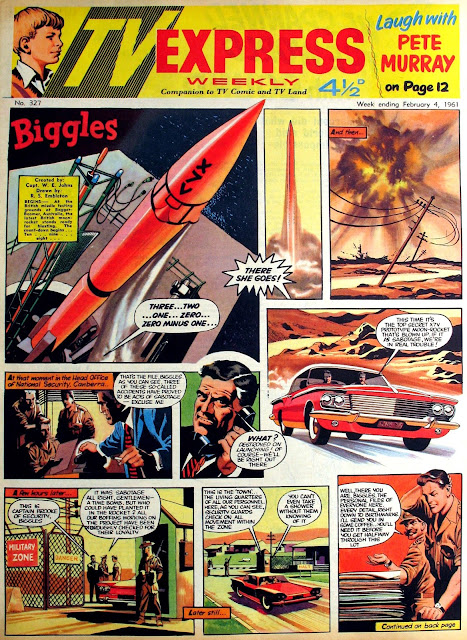 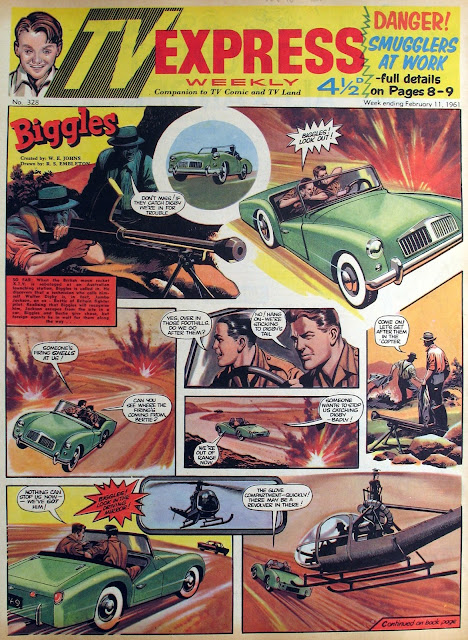 And below is an issue from the title's earlier incarnation. 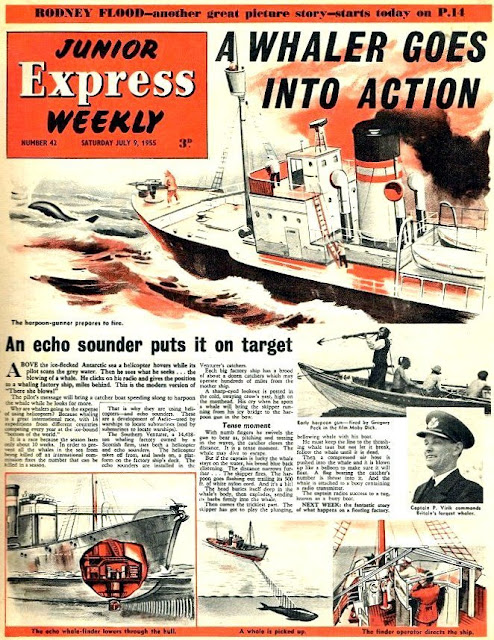 Biggles flies undone - one of the classics. (Think about it.)

Lovely gallery, Kid.
This one comic used to be absent from my weekly bundle from my Uncle Bill.
Presumedly, as it was a mainly text Comic, he may have deemed it a bit too grown-up for me? And be would have been right!

It was similar to Eagle in many ways, but it's the HB strips that interest me most. I never knew about this comic at the time.