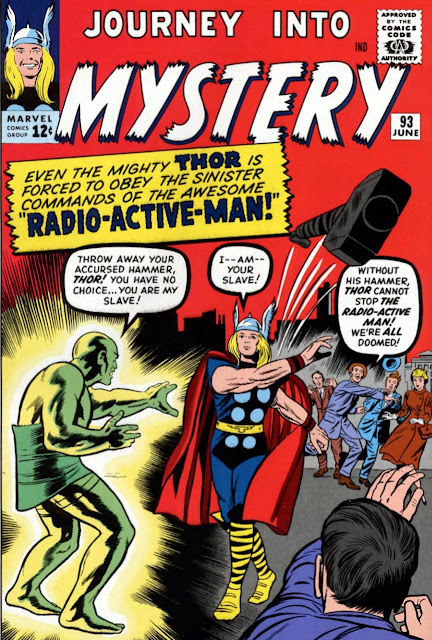 Continuing our Journey Into History (spot the pun) with early THOR
covers, here's another five pieces of JACK KIRBY art from the early
'60s, which epitomize MARVEL at the start of its revolution of the comics
industry. Jack's covers from the '60s probably deserve a book by them-
selves, so dominant were they on the spinner-racks of newsagents in the
U.S. and U.K. back in the day. So, enjoy these fabulous five examples
of Mighty Marvel Masterpieces - Christmas has come early this year. 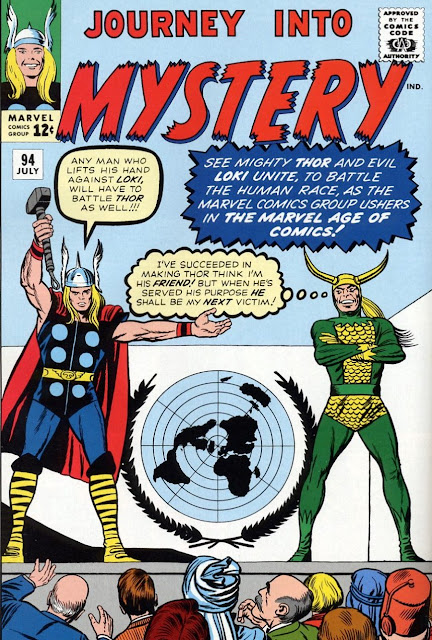 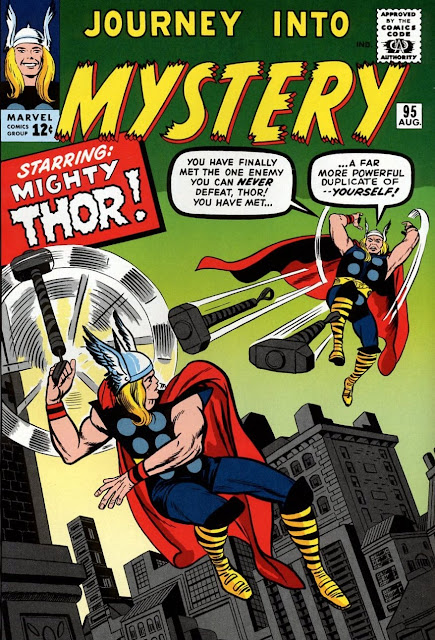 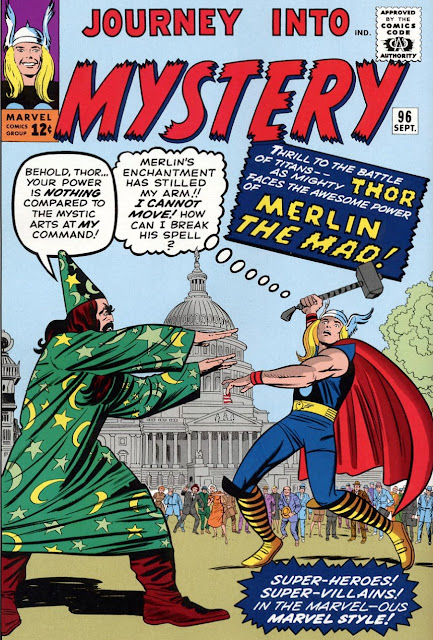 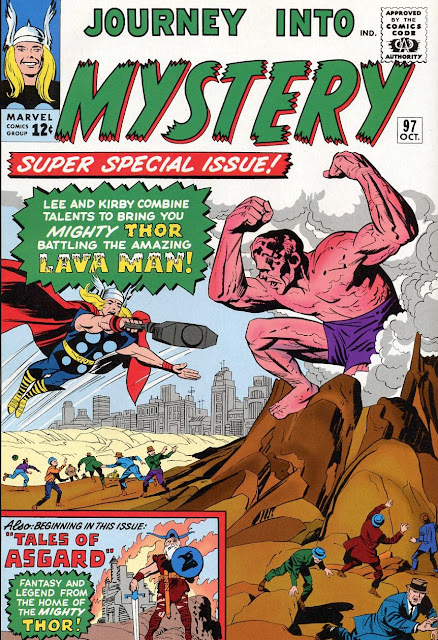 Before I acquired my toy replica of Thor's hammer, MJOLNIR, which you
saw in the previous post, I obtained a smaller version given away with a
British SPIDER-MAN comic. It's inflatable, but I was as pleased as punch
to have an authorized MARVEL mallet to hang on my wall. In fact, I'd have
been over the moon to have had this as a kid, never mind the other one.
If I were to pull out the stopper, I wonder if the escaping air would provide
enough propulsion to allow me to streak through the sky, as a thunder
god should? What do you think? Should I give it a try? (Whaddya mean,
"Yeah - from a very tall building!" ?) 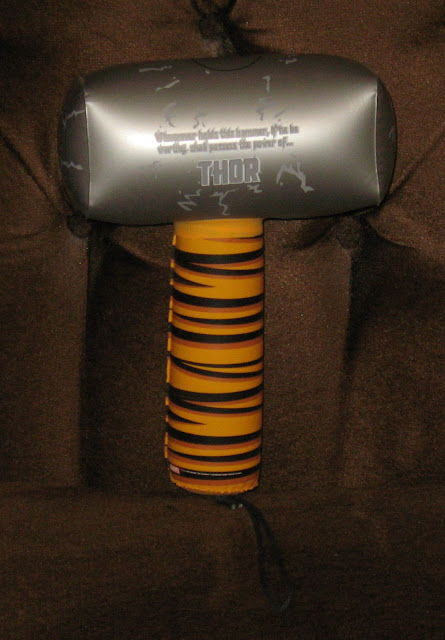