A VALIANT ATTEMPT AT A SMASHING COMBINATION...

Three weeks after the amalgamation of LION and THUNDER (as seen here), VALIANT and SMASH! succumbed to the same fate.  It's interesting to note how much more attractive and dynamic the cover to the first combined issue of Valiant & Smash! is compared to that of Lion & Thunder. Frankly, the editor who accepted the cover lettering for L&T was asleep at the wheel; he'd have been far better following the example of the editor of V&S, who clearly had a much sharper eye for recognising what makes a striking cover banner.

Take a look at the banner-blurbs over the mastheads (above) of the first two issues of L&T; poorly executed, inconsistently spaced - and completely unexciting.  Now look at the one on the V&S cover at the top of this post;  neat, zippy, punchy, colourful - all the things that a cover banner should be. 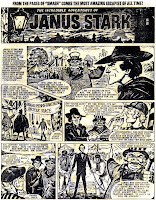 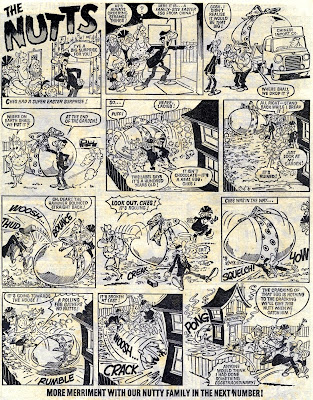 So why were these two comics amalgamated?  Declining sales of at least one of them is surely a given, but what had led to such a situation? A few months earlier, industrial action by printers had resulted in the suspension of various titles for around twelve weeks.  When publication eventually resumed, many readers had been lost along the way.  This resulted in some titles being amalgamated in an attempt to combine the circulation of two comics into one. 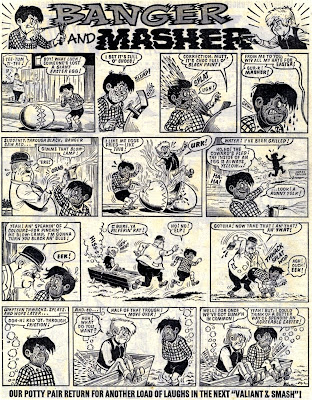 Anyway, that's more than enough waffle from me for one post.  Here's a few select pages from forty-one and a half years ago to hopefully refresh fond memories from yesteryear.  Enjoy. 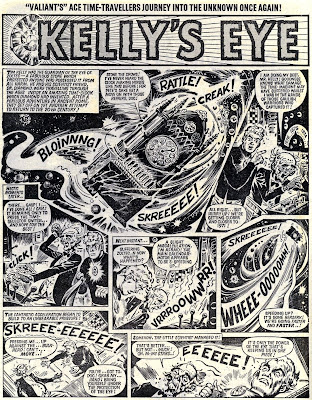 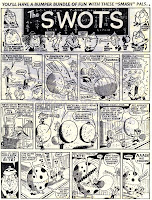 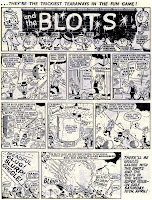 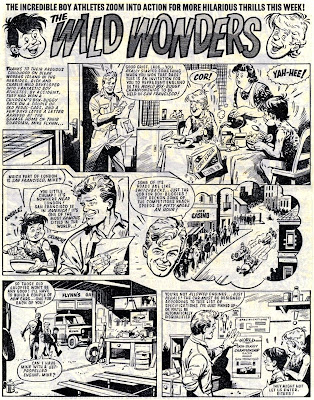 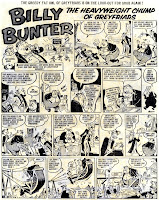 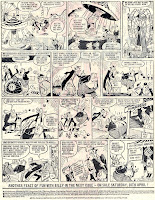 Remember to click on images to enlarge, then click again for optimum size.
Posted by Kid at Thursday, October 25, 2012

Dr. Diamond's time-clock seems "relatively" familiar! I seem to recall Robot Archie travelling in time in a giant chess-piece castle- can you confirm?

Yes, Dougie - Archie became a time traveller in Lion weekly for a while, back about 1968 or '69. Some of the annuals also featured stories of this kind, although I'm unsure if they were new stories or reprints. I'll have to dig out what ones I've got and give them a check.

I bought it for a good while after the merger, JP. Nowadays I have the first 3, plus a few indivisual issues, I think.