THE MONSTER IS BACK... (UPDATED)

An interesting collectable item I acquired recently is this UK version of Dell's Frankenstein comicbook from the '60s.  The Dell mag was in colour, the British version by Top Sellers is in black and white and contains some extra stories from various sources, being very much in the style of an Alan Class or L. Miller monthly mag.  It's a bit rippled because of the square binding and not exactly pristine, but it's a nice thing to have.
The American periodical (#1) was very loosely based on the 1931 movie, then from #2 featured Dell's superhero incarnation of Frankenstein (who was Frank Stone in his 'civilian' identity), being unconnected to the first issue aside from the name and numbering.  (You can read more about the subject here.)  The British cover has been slightly cropped at the bottom because of its different dimensions to the Dell original, which you can see at the foot of the post. 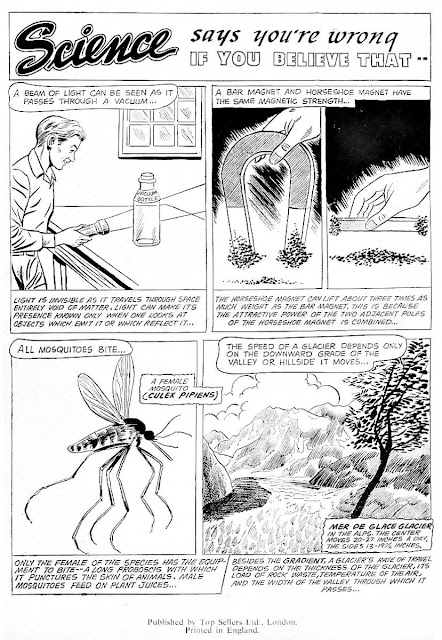 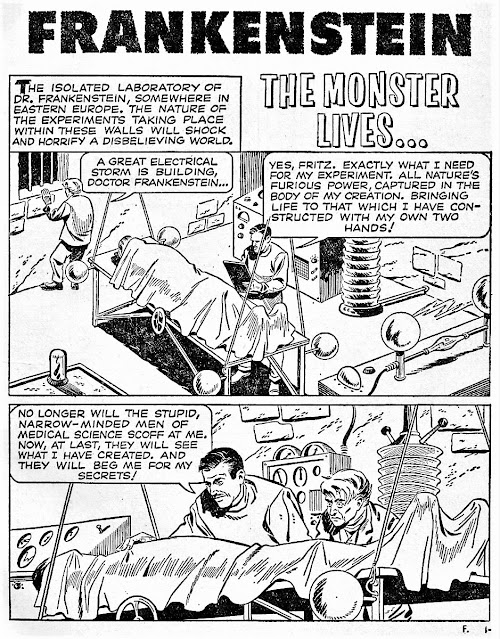 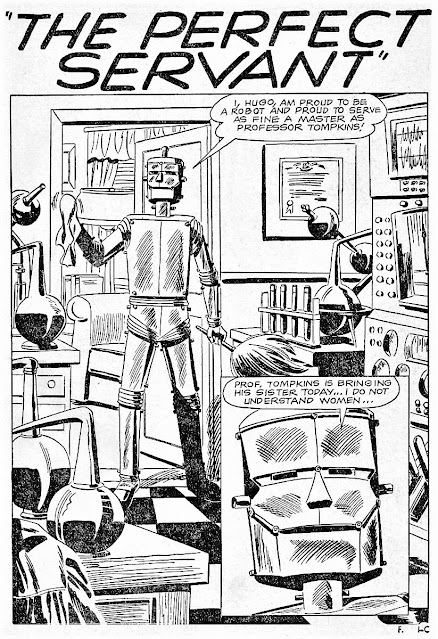 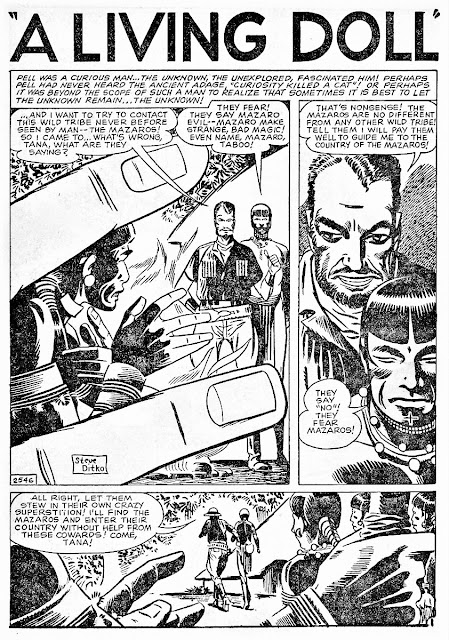 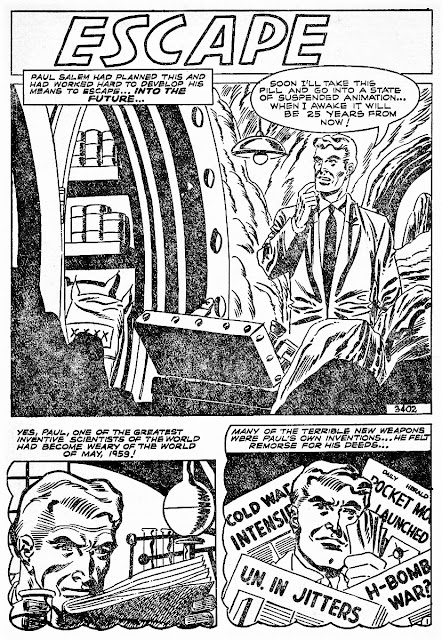 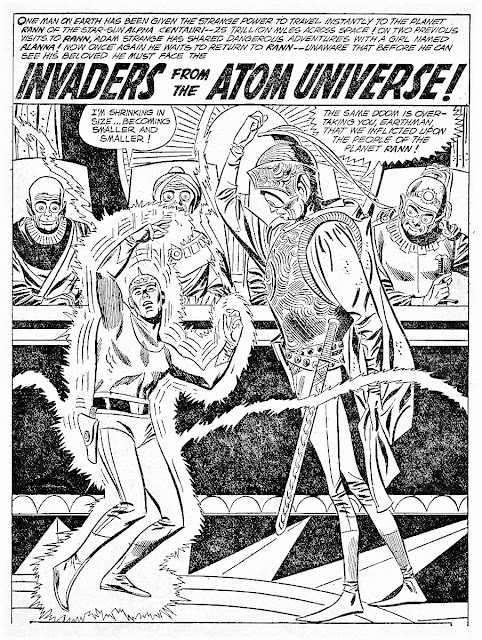 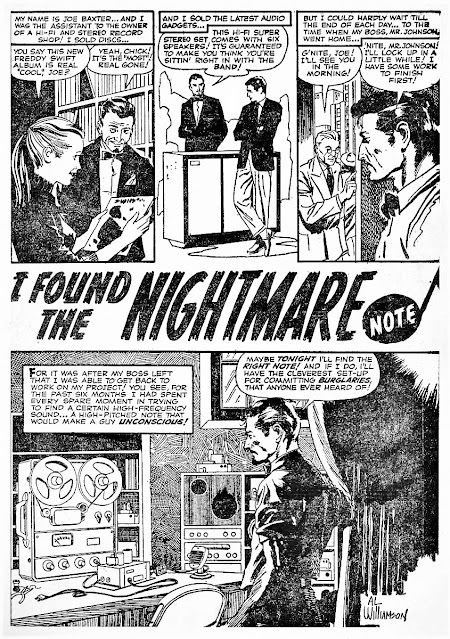 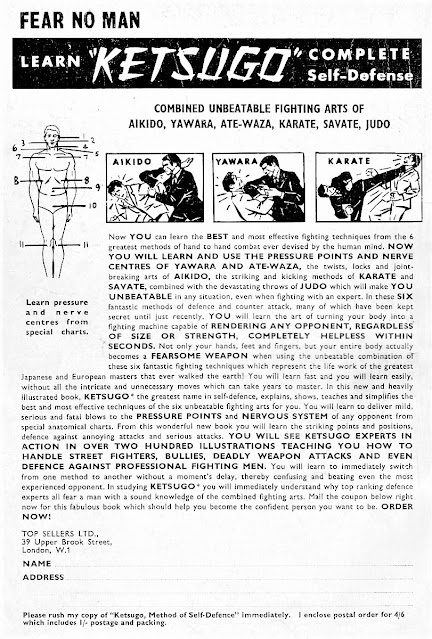 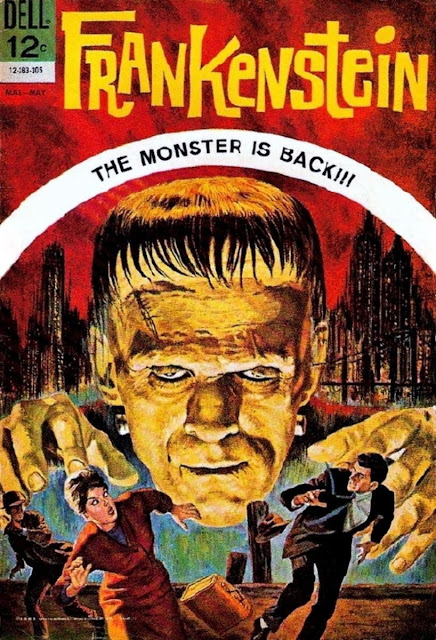 Update: Below are the seller's photos of what the cover looked like, which had writing on the top listing the contents (by a previous owner or seller no doubt).  If you compare them with the scan of the cover at the foot (and top) of this post, you'll see I managed to touch-up the cover to make it look a little better.  The light from the scanner accentuates these colour touches somewhat, and traces of the writing are still visible, but they're both less obvious on the actual comic 'in the flesh', with the writing being practically invisible.  Whaddya think? 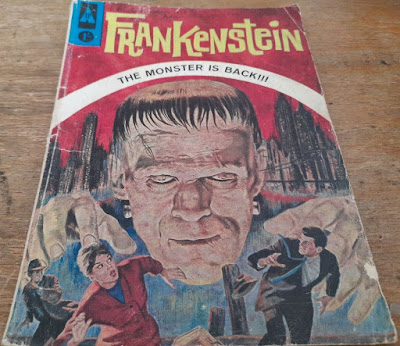 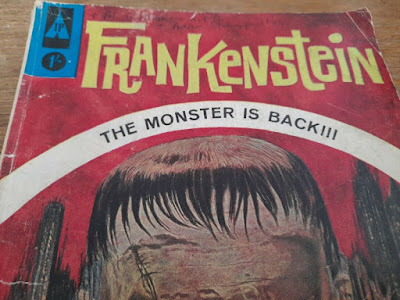 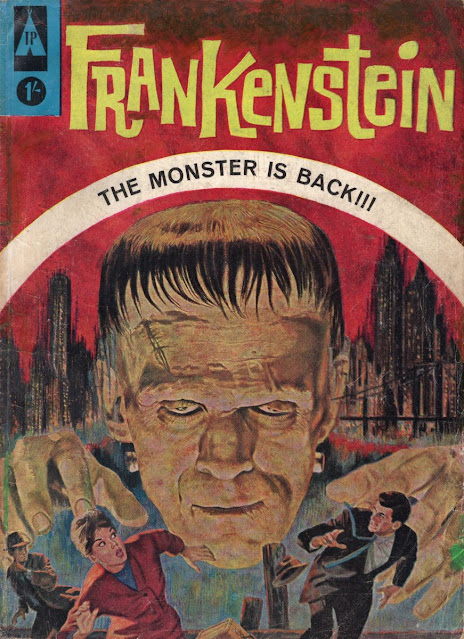 That cover looks like a paperback book cover rather than a comic book cover. Still anything with classic Steve Ditko art and (what looks to be) Mike Sekowsky Adam Strange art can’t be that bad.

Yeah, McS, it's a nice little addition to the collection and was pretty inexpensive. One or two of the stories aren't up to much though, but still glad to have it.

That Al Williamson page is lovely. I still rank Al's Empire Strikes Back adaptation as one of the best-drawn comics ever.

Must admit though, I've never pondered till now upon the relative strengths of horseshoe and bar magnets.

Neither have I, DS, though I do have a horseshoe magnet I got as a kid.

I wonder if the cast and crew will be having a reunion to celebrate, CJ? Whaddya think?