FIFTY YEAR FLASHBACK - THIS COMIC WAS A TWO-TIME SMASH!...

I reckon it was around March 8th, in 1969, that the 'new' SMASH! made its debut on newsagents' counters.  ('Cos comics were usually cover-dated a week ahead.)  It was sad to see the last of the MARVEL reprints come to an end in the final issue of the title's prior incarnation the previous week, but the revamped comic was not totally without its charm.  The relaunched version only lasted a couple of years (with a few week's break in publication due to a printers' strike) and was eventually merged into VALIANT in 1971.

So in tribute to a once-great comic, lift a glass of fizzy pop in memory of this friend from childhood (if you're as ancient as me), and once again relive - if only for a moment - the heady days of your youth.

And look - I've even included the free gift for you to drool over, plus its very own envelope.  Got a printer?  Then you need no prompting from me. 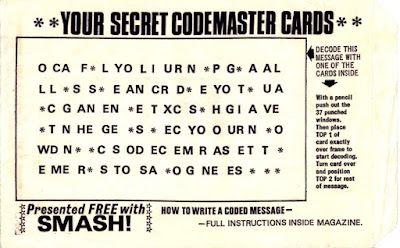 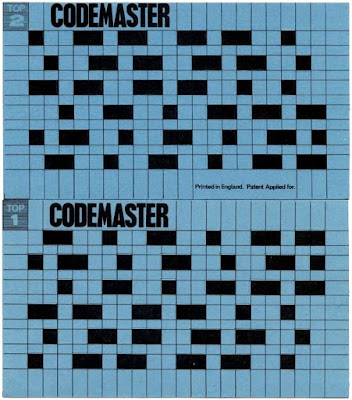 Yes smash! was a good comic. My favourite. The thing that did annoy me at times was the way certain strips were dumped for no reason. 1966 ,67,and 68 were great comic years.

I think the problem with strips being dumped, LH, was that editors paid too much attention to the 'My Favourite Strips Are...' coupons that readers filled in when they wrote into a comic. Statistically, only a tiny minority of readers ever bothered writing in, so there was no way of knowing for sure whether their views were representative of the entire readership. The entire decade of the '60s produced some great comics: Buster, Valiant, Wham!, TV21, Sparky, Smash!, Pow!, Fantastic, Terrific, Whizzer & Chips - and there are are probably some I've neglected to mention.