Just saw the above comic on ebay and had to buy it.  When I was a secondary school kid, one of the repertoire of comics and cartoon characters I drew was the PINK PANTHER, so I've always had a soft spot for him.  (I had the impression that 'he' was actually a 'she' in the animated titles of the first PP movie, starring PETER SELLERS, but having just checked the opening credits, I see it isn't so.  I'll have to watch the end credits to see if that was what gave me the notion.)  Anyway, as you can see, it's an 'homage' to AMAZING FANTASY #15, which contained SPIDER-MAN's first appearance.  Hard to tell them apart, isn't it?  (He said, jokingly.) 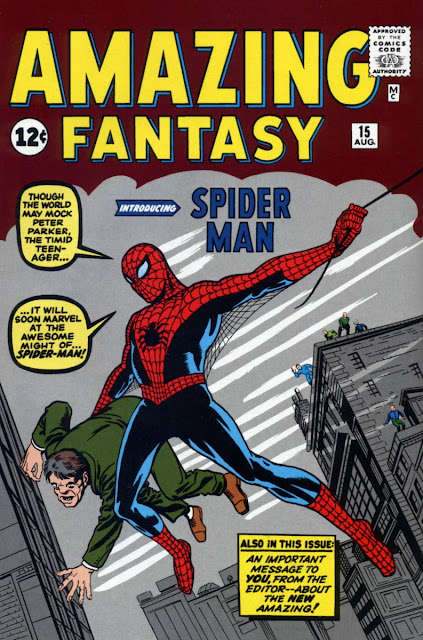 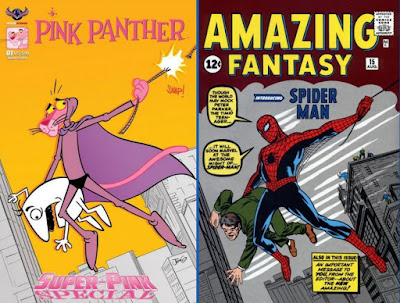