On March 31st 1979, IPC Magazines launched a new (undated - for the first issue anyway) weekly comic upon the waiting world.  I doubt the world was actually waiting for yet another comic, but that's what it got, it the form of TORNADO.  The strange thing is, it only lasted 22 issues, making it a hat trick for IPC, as two previous periodicals at the start of the '70s - THUNDER and JET - had each likewise lasted only 22 issues.  What is it about the number 22 that seemingly made it the 'death' number for any IPC publication that wasn't doing too well?  Was it something to do with how long the sales figures took to come in before deciding on a comic's fate?  If you know the answer, then share it with the rest of us and don't be selfish.

Tornado had a real live superhero in the form of artist DAVE GIBBONS, but even his much-vaunted might couldn't save the paper from cancellation ('great news inside, chums'), and it was merged with 2000 A.D. #127 on August 18th 1979. Apparently, the comic was created to use up strips originally commissioned for STARLORD and ACTION, but had the comic proven a success, no doubt it would've continued indefinitely (or at least until sales started to slip).  I'll not bother giving you a rundown of the strips contained within the comic, as you can see most of them in the magnificent cover gallery I've so generously laid on for your edification and entertainment below.

Alas, poor Tornado - you didn't even manage to whip up a small breeze, but here we are, 38 years later, paying tribute to your memory.  Don't forget to come back for part two, Criv-ite chums - coming soon.  (That's 'soon' as I can be bothered, to be precise.)  Feel free to share any memories you have of this mag with the rest of us, frantic ones. 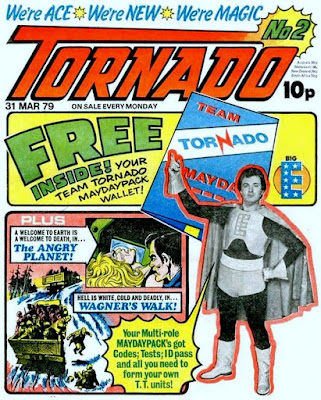 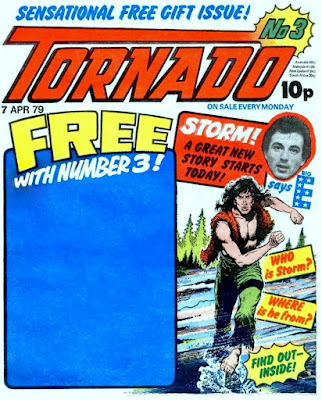 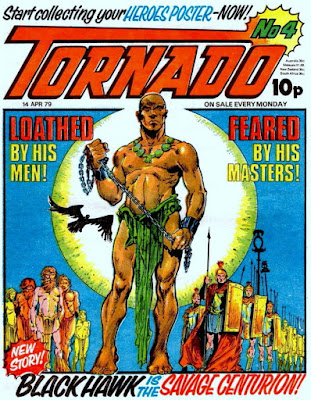 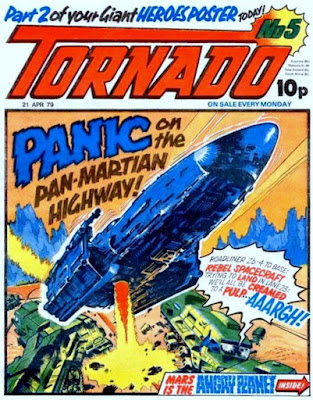 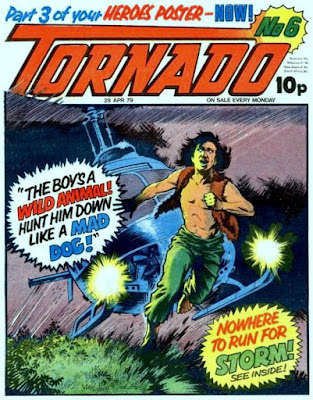 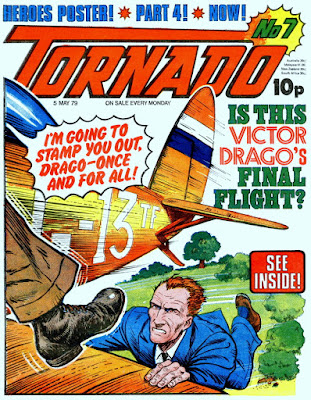 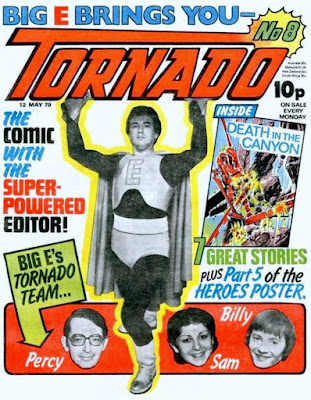 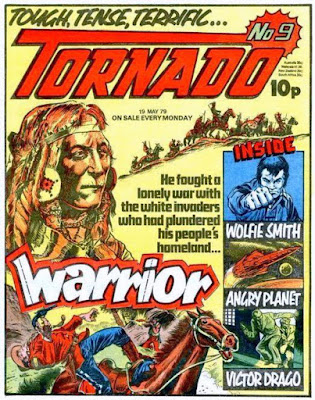 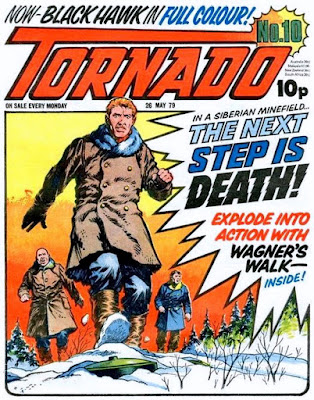 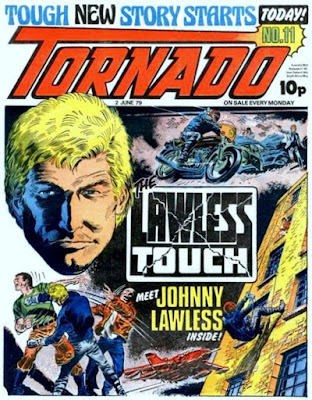 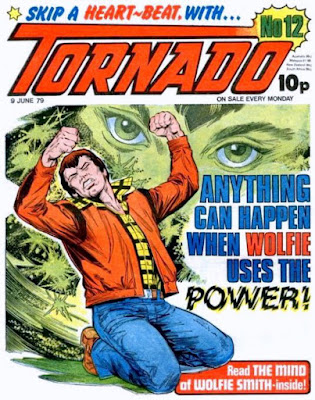 Below, the free gifts given away with the first two issues.  Can't remember where the third gift is, or even what it was, and the ish is now tucked safely back in its box in a cupboard - so I ain't emptying it again to find out.  Anyone out there know?  Was it the Team Tornado Pass, or did that come with the wallet? 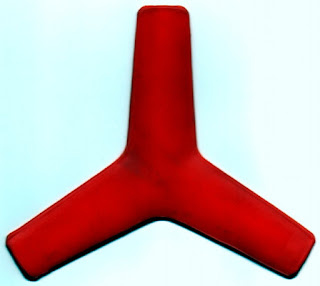 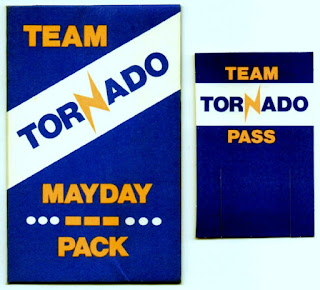 Another comic that I was just a little too young for, although it looks like the kind of thing I'd have enjoyed. Dave Gibbons looks a little like a young and slim John Belushi in one of those pics though!

I wonder if they got paid for posing for these photos, DS? That's a young Kevin O'Neil on cover #8.

I had the whole run of these given to me in one batch back then - my aunt worked in a school and everyone knew to give her their unwanted comics for me. Tornado was a bit bland, but I loved Kev O'Neill's Klep back pagers and Wolfie Smith (no relation) and of course now I wish I'd kept them...D'oh!!

This mention of the 22 issue 'death' number must be more than coincidence - didn't Star Lord only run for 22 issues too? That makes 4 titles without checking for more...

Off the top of my head (which means I'm too lazy to check), Thunder, Jet, and Starlord ran for only 22 issues - and there were probably others. They did better than Champion, which ran for only 15. The winner must be Marvel UK's Conan the Adventurer, which got to only 3.