After 23 issues of CAPTAIN BRITAIN being printed mostly in colour, number 24 saw the by then MARVEL U.K. standard glossy cover and grey tones added to the comic, doubtless to cut costs in the face of a declining circulation.  However, there were compensations in that JOHN BUSCEMA & TOM PALMER took over the art chores on the main strip, and the comic was given more pages (in line with other Marvel U.K. weeklies), allowing four titanic tales per ish.

It only lasted 16 issues however, before the title was absorbed by SUPER SPIDER-MAN, but for a glorious 39 weeks, the good Captain had a comic mag of his very own.  So  return with me now to 1977, and let's look again at the new direction in the career of Britain's own sensational superhero - and don't forget to come back for the next part!  I'd hate for you to miss anything - and so would you! 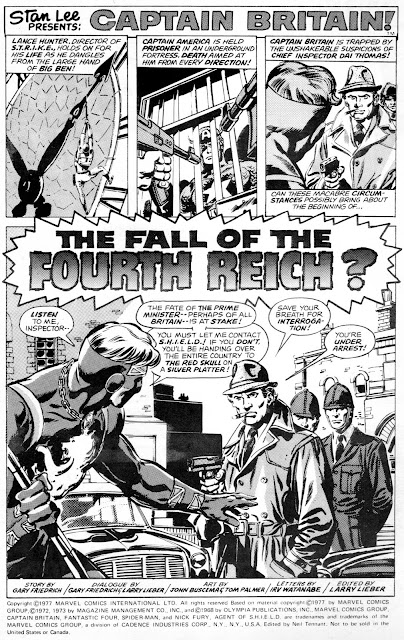 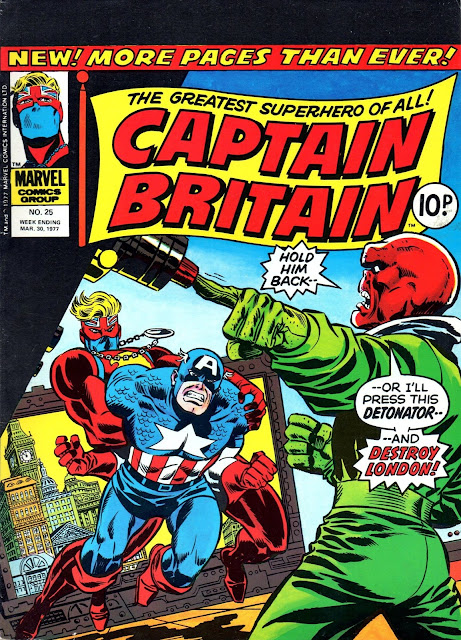 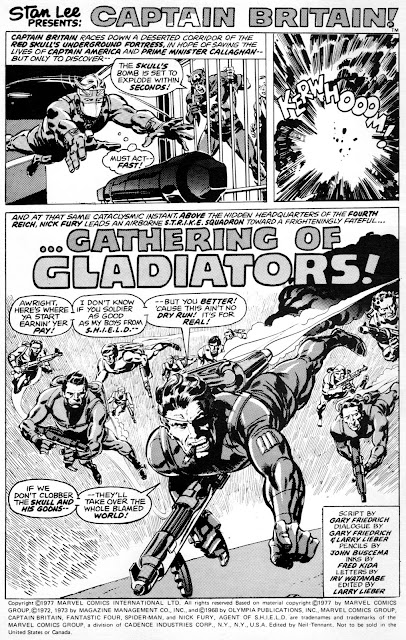 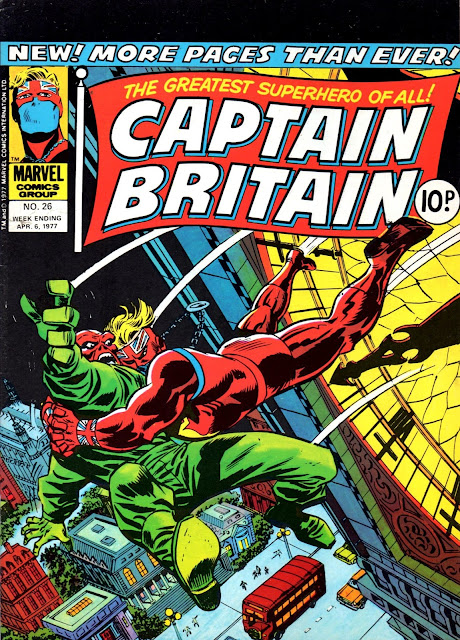 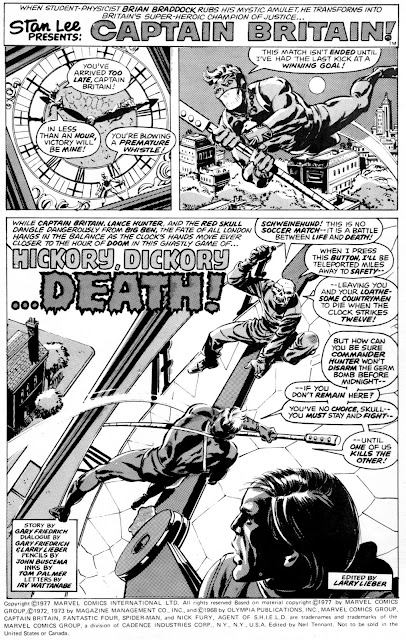 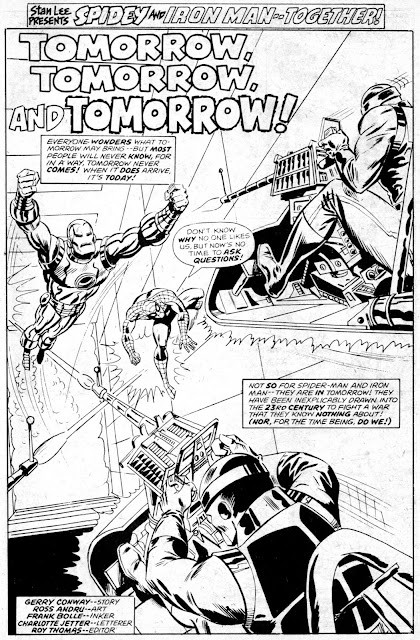 Isn't it strange that just when they get John Buscema, who let's face it was superb, they drop colour! How annoying was that.

I don't think there was ever the option of having both, Phil. It was probably only because they knew they were getting rid of the colour that Marvel put their top artist on the CB strip - by way of compensation.

I was very disappointed at the dropping of the colour pages but I kept reading CB till the final issue (and then followed the strip when it merged with Super Spider-Man). It's bizarre how memory works - I don't remember the cover of CB No.24 at all but I've never forgotten that the title of the story was "Fall Of The Fourth Reich" (but I did forget that it had a question mark). I also didn't remember that cardboard plane - why bother giving away such cheap tat ? And what does it mean "even more pages " - there were just 36 like before. I'd also forgotten that there were now four stories crammed in with fewer pages for each. But the covers of No.25 and 26 look nice - good grief, how long did that tedious Red Skull story drag on for. I'm afraid he's always been one of my least favourite Marvel villains, along with Magneto.

CB #s 1-23 had only 32 pages, CJ, so upping them to 36 with issue 24 is what it means by 'even more pages'. Never been mad on the Red Skull myself, but liked Magneto under Lee & Kirby (and Thomas & Roth). The reason for the gift was just to attract attention, because there's always someone who'll buy something in order to get a free gift - regardless how underwhelming it might be.

Only 32 pages ?? I didn't remember that at all. I suppose No.24 was being treated as a kind of relaunch hence the free gift - it's hard to believe anybody would buy a comic just to get a crappy cardboard plane but you never know. Have you still got your plane,Kid ? Are these copies of CB your original ones ?

I gave away my original copies (except for #1) sometime in the late '70s, CJ, but I acquired a replacement set in the early '80s, which are the ones you see here, so I've had them for over 30 years. A year or two ago, I re-acquired #10 from the person I gave my originals to, because there was a particular memory associated with it. I doubt I've still got the 'plane, but you never know - it could be lying about somewhere. I've still got the plastic 'planes given away with The Complete FF and Rampage weekly 'though.