Likely spurred on by the success of their STAR WARS comic series, MARVEL decided to go down the same route with INDIANA JONES.  In 1981, they released a three issue adaptation of RAIDERS Of The LOST ARK, and there were also adaptations of The TEMPLE Of DOOM and The LAST CRUSADE, published in 1984 and '89, respectively.

However, never one to do things by halves, Marvel gave Indy his own monthly title at the end of '82 (first issue cover-dated January '83) called The FURTHER ADVENTURES Of INDIANA JONES, which lasted until #34, cover-dated for March '86 (which means it probably went on sale around December '85).  Got all that?  Good - now forget it.

What we're here to look at today is the British Marvel Monthly called simply INDIANA JONES, which ran for eleven issues and a Christmas Special between the cover dates of October 1984 and August '85.  (They were probably dated a month in advance, at the very least.)

So that's all you really need to know as you sit back and prepare to peruse the dozen covers that await your attention.  To be honest, some of them are pretty lacklustre, which probably accounts for the monthly mag lasting for less than a year. Nevertheless, a trip back in time is usually worth the journey, so strap yourselves in and let's go! 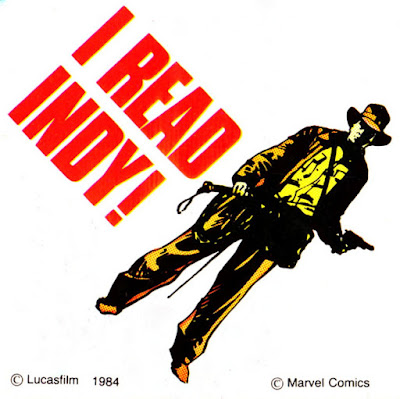 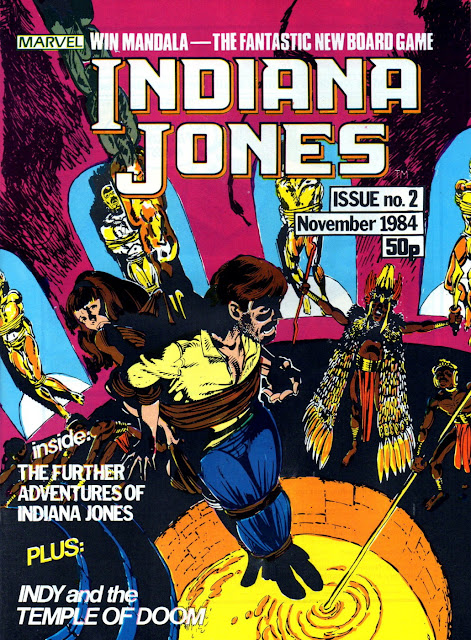 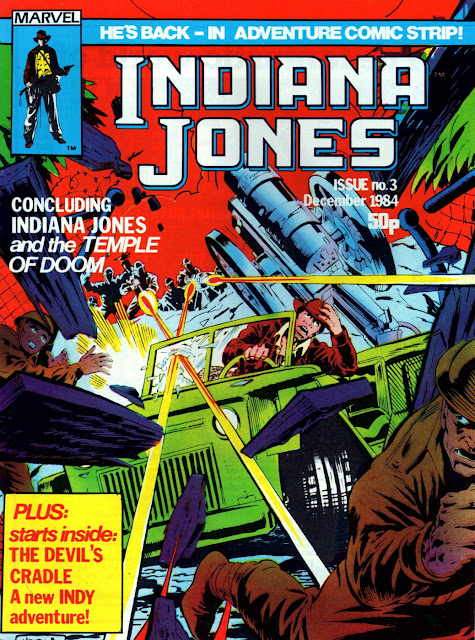 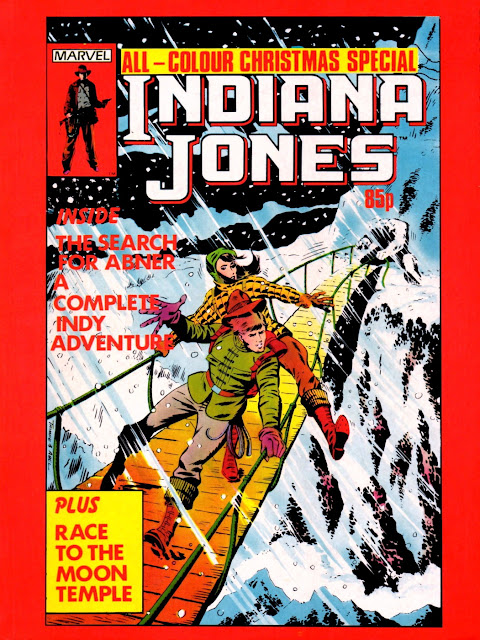 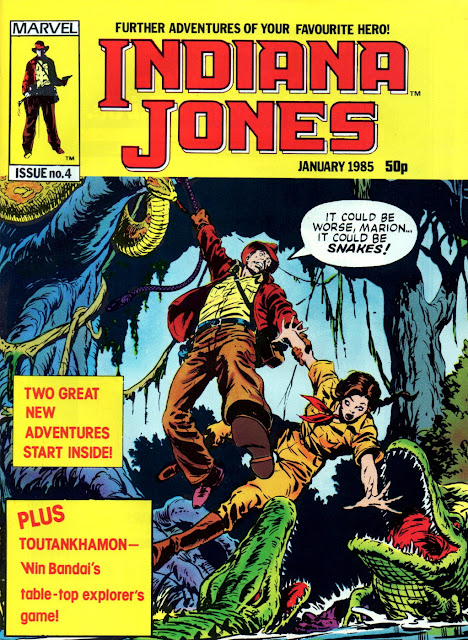 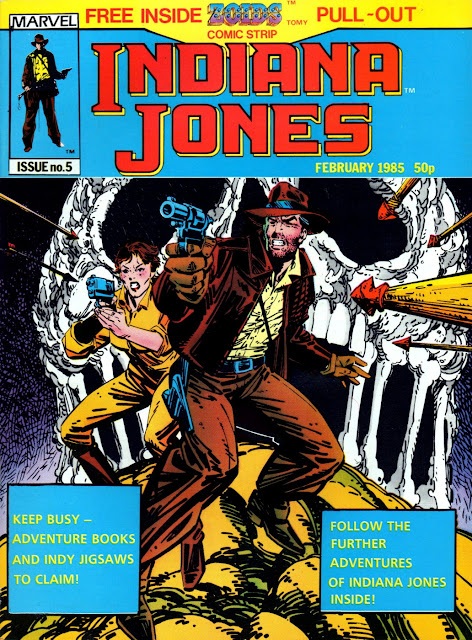 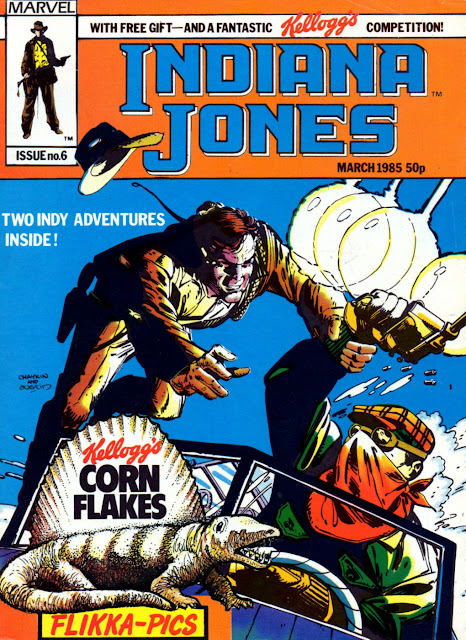 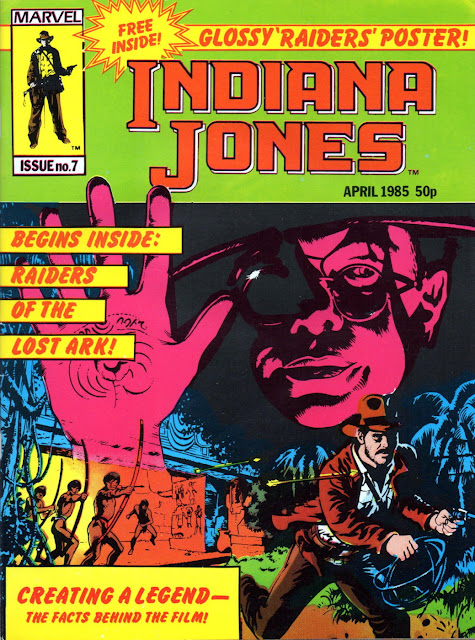 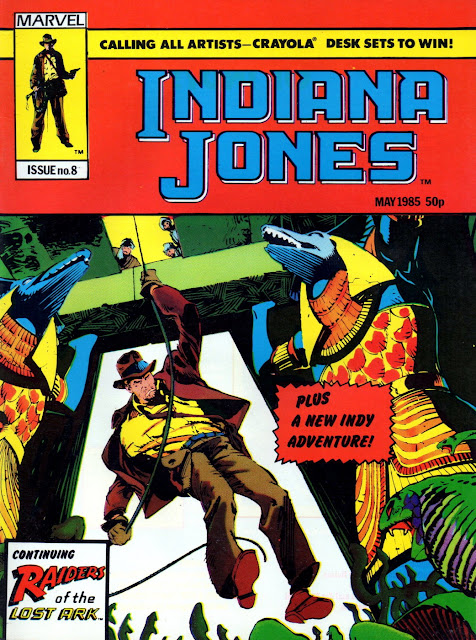 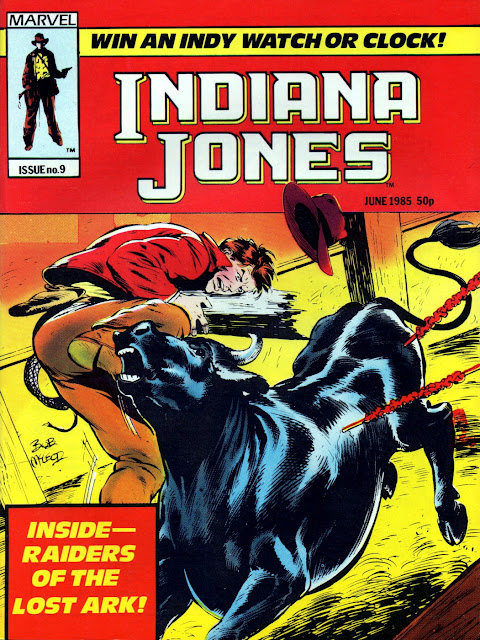 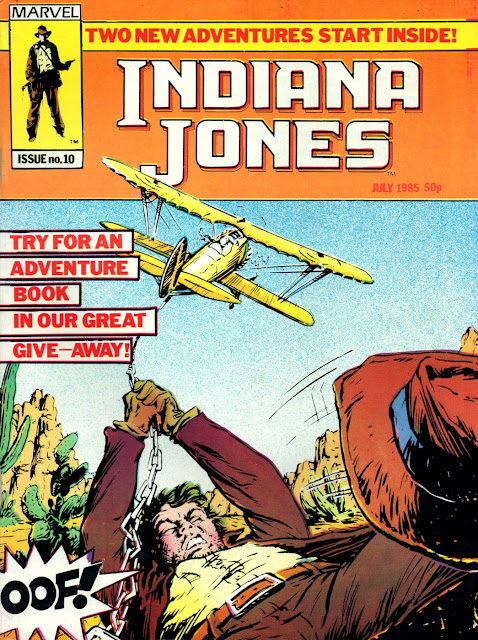 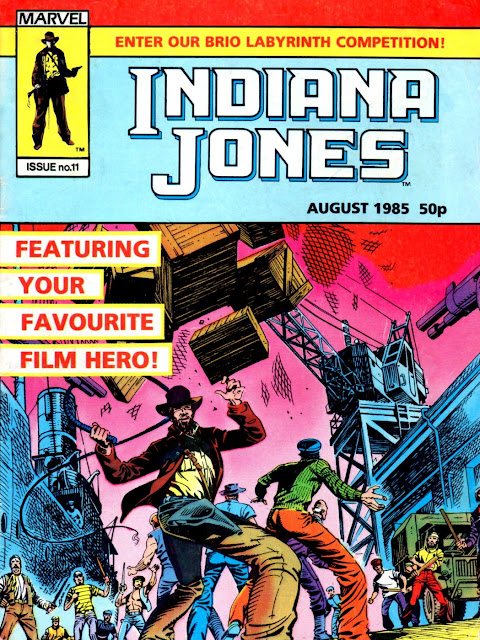 Kid, Did they keep to Indy throughout the whole comic for the whole series or by the time it folded, had they added Ka-Zar, Rom and the assembled horde of dross that were always waiting in the wings?

It was all Indy, Chris. The mag was a mixture of, firstly, The Temple of Doom and The Further Adventures Of...and then the latter with Raiders Of The Lost Ark.

Some of it is nice artwork, but those layouts are really sub par.

Yeah, DSE - you'd think they'd have put a bit more effort into the cover designs, since the cover is the first thing a potential buyer sees.

I bought them all, but I never bothered readiñg them or the Indy strip in Return Of The Jedi, as I'd not long bought the US originals.

I may have read the first couple of issues, JP, but I never bothered reading the rest of them.

You found the missing #11 then, Kid ? Is that second cover by John Byrne ?

It sure is, CJ. I believe the first cover is also by JB, who drew some of the interiors as well. Incidentally, the cover of the Christmas Special was pencilled by Herb Trimpe and inked by Jack Abel.