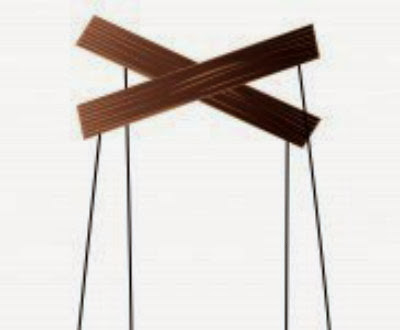 The man has surely lost the plot, there can be no other explanation for it.  Regular readers will know who I'm talking about so there's no point in identifying him.  I would prefer to do a post about comics or collectables, but his most recent disingenuous misrepresentation of the facts leaves me no option but to address the matter on this blog.  If you prefer not to read about such controversies, feel free to skip this post and wait 'til one more suited to your tastes comes along.

It has recently been brought to my attention that, over on this individual's blog, he has posted the following statement in a sidebar:

"All visitors to this blog are very welcome, and all comments, pro and con about the topics are much appreciated.  However an argumentative person who posted increasingly belligerent and abusive comments here a few years ago was eventually banned from commenting again.  He has since moved on to posting numerous distortions and exaggerations about me on his own blog and elsewhere.  This is nothing but petty and childish spite - but he cunningly twists things around to portray others as the aggressors and himself as the victim and a few people believe it!

I have never met this person and had rarely even communicated with him before he took umbrage at being banned.  (He's also been banned from other blogs and at least one forum for similar nasty and aggressive behaviour.)  If you come across his snide posts about me please disregard it for the deceitful 'trolling' it truly is."

Now, trust me - although I'm not mentioned by name, it's me who's being alluded to here so let's get down to it.  First of all, I don't believe I've ever posted "belligerent or abusive" comments on the man's blog, although I did respond to contemptuous, supercilious and insulting remarks by this individual in a robust and forthright manner (as is my wont).  Also, I have posted only the absolute truth about this person's increasingly provocative distortions of the facts - and only on my own blog, nowhere else.  Unlike the person himself, who has commented on various blogs and Twitter sites, ascribing to me various negative attributes and motivations of his own invention, and generally making spiteful remarks about me.

Case in point:  he says I "took umbrage at being banned" from his blog.  Really?  By what method of supernatural divination does he arrive at that conclusion?  None at all!  Rather, he plucks it from the ether of his imagination, just like all the other unflattering characteristics of bitterness, envy, hate, frustration, pettiness, spite, etc., that he claims I am heir to.

The truth of the matter is that it concerns me not a jot being banned from his blog - and it never has.  It was the act of a small-minded individual who couldn't deal with opinions contrary to his own, but I've never wasted any time fretting over it.  Of course, that doesn't stop him cavalierly claiming that, essentially, my heart is "the seat of wasting sorrow" at not being allowed access to his own personal playground.

Also, I have never been banned from other blogs or forums for "similar nasty and aggressive behaviour".  See how the lies and distortions trip so easily from his tongue in his desperate and obsessive attempts to smear my character?  I have been 'banned' from a couple of other blogs - but never for being nasty or aggressive - only because the blog owners disagreed with my point of view and took exception to me having a different opinion to theirs.  (For example, when I disagreed with the proposition that SUPERMAN should be turned gay or bisexual so that certain minority groups could feel more accepted by society.)  There are a lot of insecure souls out there in Blogger-land, let me tell you - although you probably know that already.

One of the occasions he refers to is when I supplied scans of four missing pages of The BEANO #1 to another blogger who had posted only 24 of the 28 pages, claiming they were the complete issue.  My detractor then pops up and describes my attempt to be helpful as "hassle".  Both persons were known to each other, being members of a comics forum where my detractor has a reputation for being a bit of a bully.  When I responded that he should reserve his bullying behaviour for there, the blog owner, in a show of solidarity with his forum chum, banned me for it.  The second individual has since revealed himself as a bit of a nutter by bombarding me with abusive comments in response to certain posts.  (Long-term regular visitors will be all too aware of them.)

The forum in question is the very same one I eventually joined, which seemed to put a few noses out of joint from the off.  I 'resigned' from it of my own volition in the face of open hostility from those who resented my presence on it (due to my frank and forthright criticisms and observations on my blog about various aspects of modern-day comics) - simply because I couldn't be bothered being placed in the position of having to be on the defensive all the time.

Other forum members recognised this and commented on it, and the site owner doesn't have a problem with me, even saying he'd miss my contribution to the comics-related discussions.  Hardly the picture that my detractor seeks to paint, is it?  True, once I'd gone, a disgruntled moderator, without prior consultation with the site owner, banned me for leaving (I kid you not) in a rather pointless, knee-jerk reaction.  (The site owner then invited me to rejoin, though I declined his invitation.)  Also, as my detractor has himself been banned from more than one site, he's hardly in a position to throw stones.

So, true to form, he's posted a leading statement filled with distortions and inaccuracies in yet another sly attempt to malign me.  I can only suppose that he believes if he does it often enough, more people will eventually believe what he says to be true.  Yet, despite all his duplicity, he calls me "deceitful".  Strewth!

Anyway, I've given you the facts - what you do with them is up to you.  Perhaps he'll do what he's done before - delete the offending piece and then try and present himself as the picture of wide-eyed innocence and the undeserving victim of a nasty, aggressive 'troll'.  Perhaps it increases the visits to his blog, who knows, but, as I've said before, whenever he lobs a brick into my garden, it'll get lobbed right back. Thing is, the truth resides on my side of the fence and he'd do well to remember it.
Posted by Kid at Saturday, January 04, 2014

Time to settle this like gentlemen, I would suggest pistols at dawn on Battersea common but that might be difficult to arrange. Might I suggest a drinking competition at a neutral hostility convenient to both of you, one without a dartboard preferably.

Given that the piece you talk about strays so far from your own experience, perhaps it isn't about you at all but some other poor soul this person has taken against. It's not like you're the only one on his shit list. ;)

Trouble is, DSE, I don't drink. I take it 'hostility' was a freudian slip - surely you meant 'hostelry'?

Ah, but he's made these accusations before about me, Marionette. I'm not aware of anyone else he has continually tried to dismiss as a 'troll' and ascribed so many character flaws to.