We conclude our three-part series on SILVER AGE DC CLASSICS with the inclusion of a comic mag which wasn't a reprint of a previously published issue.  Namely, SUGAR & SPIKE #99 was its first time in print, #98 having appeared 21 years before, in 1971.  It featured two previously unpublished stories by SHELDON MAYER and is a unique entry in the Silver Age DC Classics run.

The other comics, I'm sure you'll agree, require no introduction.  As already mentioned in two previous posts, all ten issues were the very last DC comicbooks to be printed by WORLD COLOUR PRESS, and are a great 'must have' addition to any collection.  What?  You don't have them?  Get hunting on ebay now! 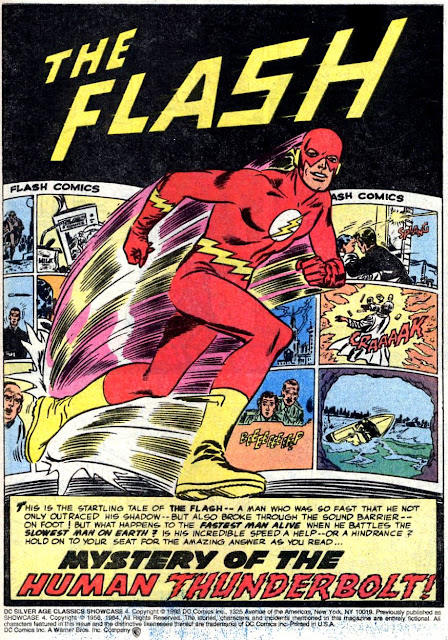 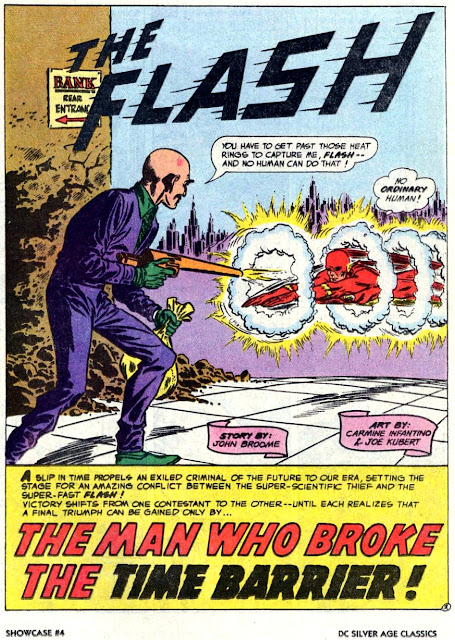 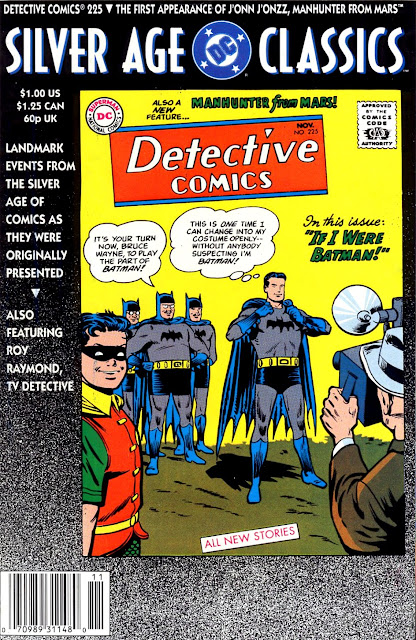 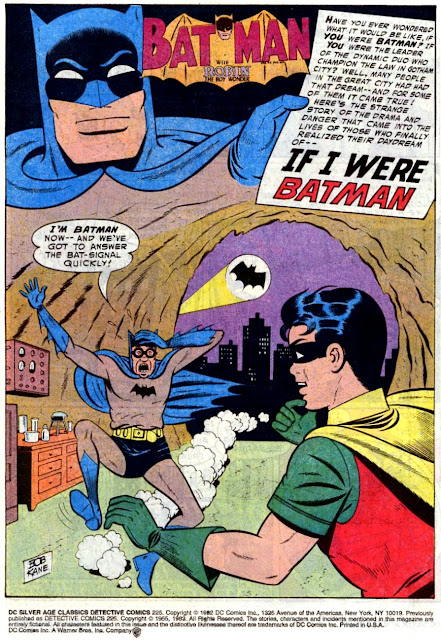 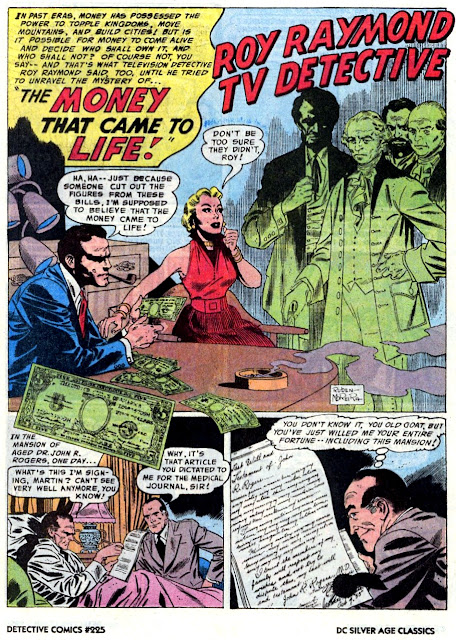 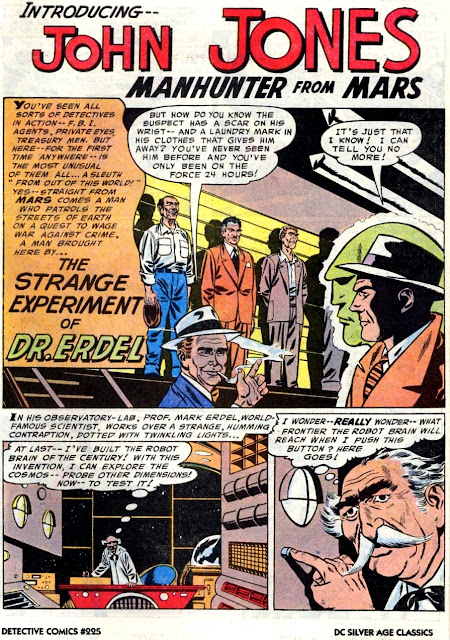 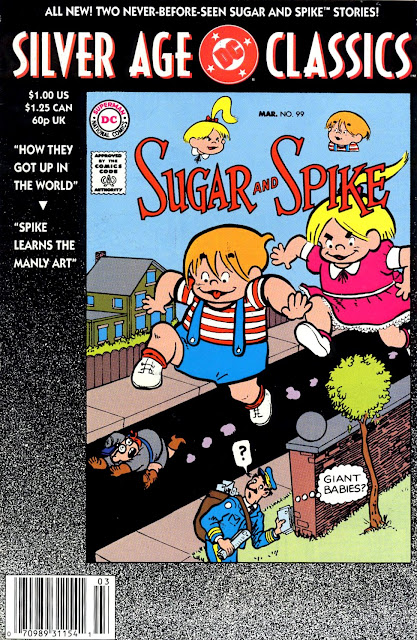 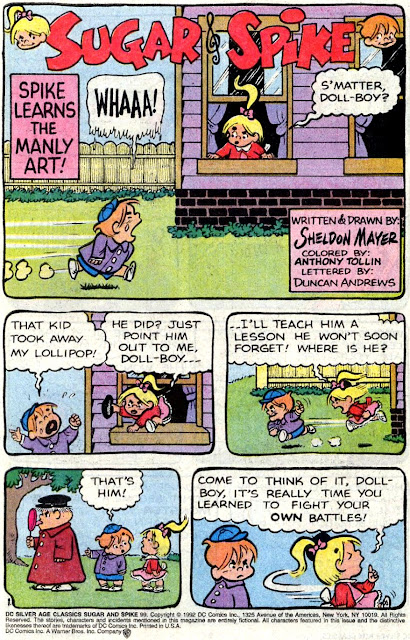 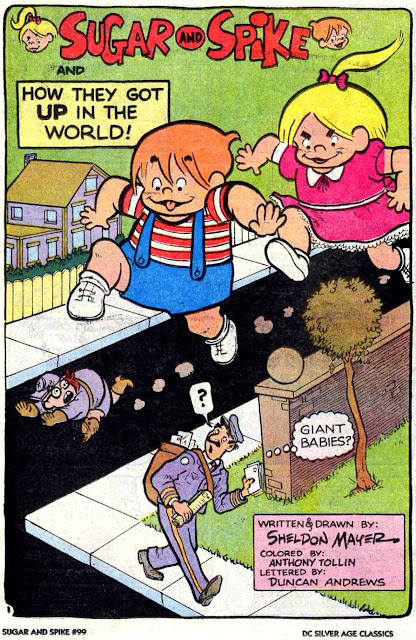 "John Jones" walked in off the street, asked for a job, and got hired on the spot as a police detective. No background check, no civil service written test, no training. Oh well, it was a comic book, not a documentary. OTOH, he probably had a harder time back then than he would today. It seems that a lot of people smoked like chimneys in those days before political correctness and surgeon generals' warnings, and fire was his weakness.

Suger and Spike is interesting, make the eyes bigger and you've got a Chibi strip.

Perhaps he used some kind of Martian mind-control to bypass the usual procedures, eh? (See? I can write comics!)

Now I have to look up who Chibi is.