Just arrived at Castel Crivens this morning is a comic which I'm not quite sure if I ever owned previously or not.  I am of course familiar with the lead story (Avengers #6) from various reprints over the years (the first I read being in Terrific #s 1 & 2 when it was split into two parts), and I may've read The Wasp tale in an issue of Marvel Collectors' Item Classics (or another issue of Terrific), but I don't think I've seen Meet Mr. Meek! before.  That said, the splash page of No Human Can Beat Me! does ring a bell in the cavernous confines (if that's not a contradiction in terms) of my memory, so either I did have this issue at one time or I've seen the tale reprinted elsewhere.
The interesting thing about this particular ish is that it has a folded and stapled spine, not being square-bound and glued like most Alan Class periodicals.  I assume that the original '60s AC printing (priced a shilling) would've been square-bound, but for some reason unknown to me, this '70s new pence version wasn't.  I only have two stapled AC comics in my collection, so either this was an experiment, or maybe there was a malfunction with their usual process, which required a temporary resort to staples.  Or perhaps they switched because staples were cheaper (?), but it was soon realised that the square-bound issues gave the impression of containing more content (on account of appearing thicker due to the flat spine), hence the return to the square-bound format.  Anyone know for sure?
Anyway, enjoy the cover and splash pages from this number - it's my thoughtful way of sharing something with you that you might not own yourself.  There was also a two-page text story (The Wish), but its one illustration was so tiny that I thought you'd be able to live without it. 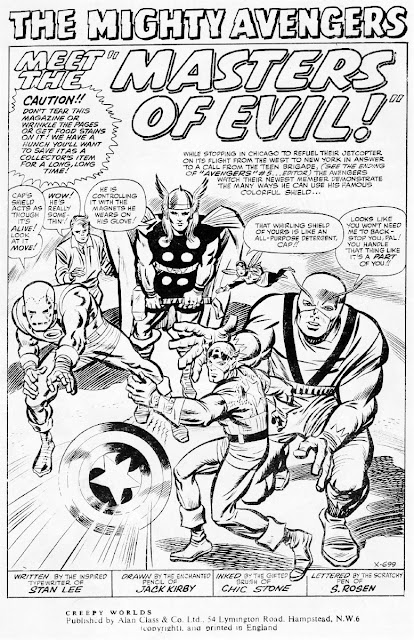 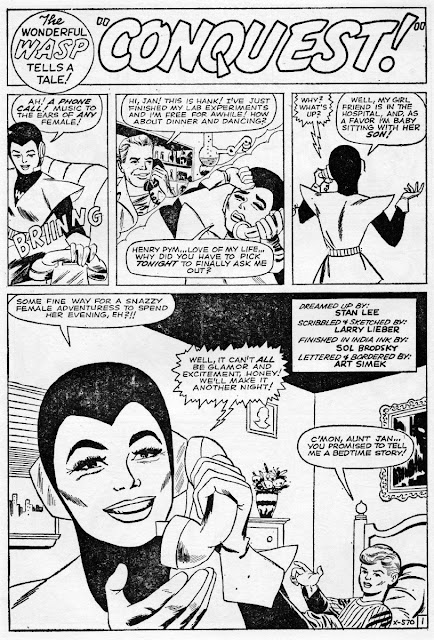 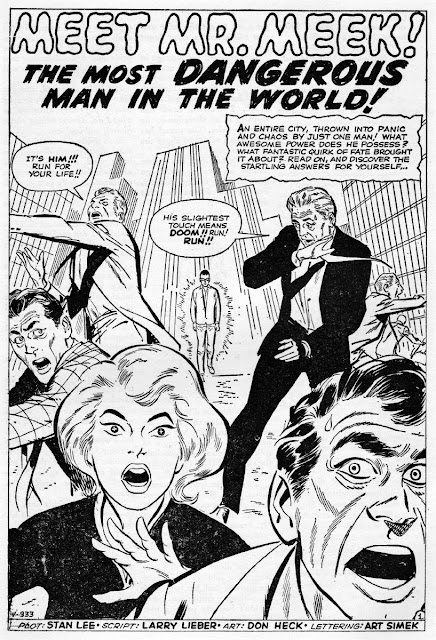 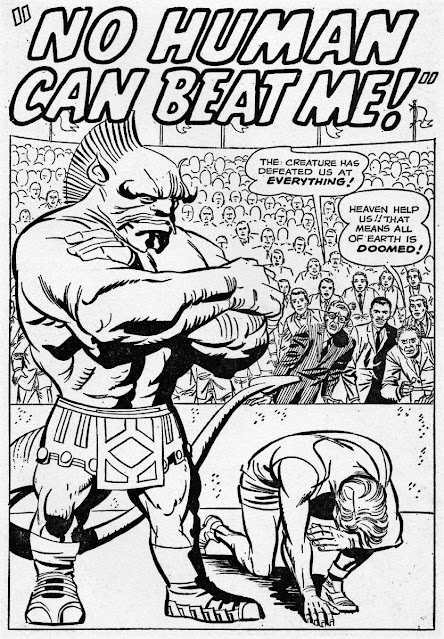 Creepy Worlds issue 67, the original 1/- version of this issue, is one of my fondest comic book memories. It just brings back a crystal clear memory of my mum and dad returning from shopping (would have been Saturday morning) and discovering that they had bought me this issue of Creepy Worlds (I think my brother got the Shoot or Goal football mag). My mum and dad regularly bought my brother and myself comics after they had gone shopping but this always stuck in my mind as I loved that story and the cover. I picked up the Marvel True Believers edition of this tale last year but I would like to pick up the original 1/- version of the Alan Class Creepy Worlds reprint book. The last time I saw it on sale was over 20 years ago and the guy was asking £20 for it. I also remember “No Human can beat me “ I’m sure from the copy I had at the time (but could have been form another reprint comic) as it’s a brilliant splash . I can confirm the original version was indeed square bound.

That shilling version was on ebay several weeks back for around a tenner, McS, as I'm sure you'll remember me telling you. Just a shame you don't/won't use ebay or you could've been reunited with this treasure from your past. I meant to ask you at the time if you'd like me to buy it on your behalf, but can no longer remember if I did or not. If I did, it'd have been in a comment, but (if so) I never heard back so didn't buy it. Got this one for myself for a mere £6.50.

Yeah I don't do eBay Kid - I had a bad experience years ago and I've still not forgiven them lol. I enjoy looking for comics and l like visiting comic shops/ markets when I'm out and about. It's not a burning desire that I get them but if I see a comic I want in a shop it get a wee buzz. I eventually got a couple of 1960S Mighty Crusaders comics I had been after for over 30 years (one for only £3)in a market in the Borders. I think I only want about 15 comics from my youth, and that's pretty much me finished...….....unless I remember any other ones!

I've had a few negative experiences on ebay myself, McS, but the positive ones far outweigh the negatives. I don't get out much these days, and when I do it's not for long, so I don't really get a chance to visit back issue shops to look for comics. In fact, I can only think of one place in Glasgow (across from Ashton Lane) and I haven't been in there for at least two years. I now get that buzz when I see a comic I want on the Internet.

One wonders why Marvel had a UK publishing arm but DC didn’t . I suspect because Marvel was distributed by Independent News in the US which was owned by DC which limited the number of titles so Marvel was looking to expand. But this doesn’t explain why DC basically ignored the UK market for so long .

That's an interesting point, PS, but there never seemed to be any difficulty in buying DC mags in Britain, so they probably just didn't feel the need to specifically cater to UK readers by publishing British weeklies for them. In Marvel's case, the stuff that Alan Class published was licensed, but Marvel wasn't otherwise connected to Class. I'd have to check, but by the time MWOM and SMCW appeared, Marvel was no longer distributed by Independent News and therefore not hindered by them.

I suspect that Stan just wanted UK readers to be able to get in on the ground floor, hence reprints from the beginning of Marvel. Maybe because he was married to an Englishwoman (and perhaps at her prompting) he just wanted Brits to be able to experience Marvel magic from the start. Rob Kirby's book about Marvel UK may explain things once it's published.

I think DC tried to publish from UK stuff around the time of the Michael Keaton Batman film- I seem to remember reading a reprint of one of the early issues of the Giffen Justice League title, and seeing a comic with that Jerry Ordway Superman cover- the one where he's standing with an eagle on his arm- in a paper shop in Northern England while visiting relatives.

BTW Kid, I've just started reading a book that was published only last week called All of the Marvels by Douglas Wolk, a man who read all (approximately) 27,000 comics set in the main Marvel Universe!

Enjoying the little I've read so far, and will let you know how I find the rest of the book!

I know UK companies like Top Sellers and London Editions/Egmont have published monthly (maybe even fortnightly) mags featuring DC stories, DS, but I don't think it was DC trying to establish its own publishing arm in Britain - they were just licensing their material to interested parties. They never set up their own offices here and unleashed weekly comics in an attempt to establish themselves.

Sounds an interesting book, let me know what you think when you've finished.