Here's a question for all you cavortin' Crivs.  Have you ever read a retelling of an origin story that was better - or even as good - as the original?  There must be some, but I just can't think of one.  Maybe that's why this series of SECRET ORIGINS didn't rock my boat as much as I would've liked it to, though it must've held its own, sales-wise, seeing as how it lasted for 50 issues.  If it wasn't selling, the plug would've been pulled much sooner.

Now, having written the above, KEITH GIFFEN's art on The CREEPER story below, looks quite good, and has some DITKO-esque touches without being a slavish imitation. Credit must also go to MURPHY ANDERSON, as well as ARVELL JONES for their renditions in issue 19 of UNCLE SAM and The GUARDIAN (& The NEWSBOY LEGION) respectively.  MIKE CLARK (who I'd never heard of before) and RICK LEONARDI likewise do decent versions of Dr. MID-NITE and BATGIRL (#20), though I still prefer CARMINE INFANTINO's original debut tale of BARBARA GORDON's caped and cowled alter-ego.

GEORGE FREEMAN is another name I'm unfamiliar with, and though he turns in a perfectly respectable job on GREEN LANTERN in ish 18, his art doesn't really grab me.  However, it's JACK KIRBY who lets the side down with his frankly awful single illustration of The Guardian on #19's cover.  Murphy Anderson inked Jack's pencils, but even he couldn't save it, despite his magic pen and/or brush.  JK was offered the gig of drawing the whole strip for the issue, but declined, perhaps aware that age and illness had taken its toll on him and that he wouldn't be up to it.  If so, I think it was a wise decision on his part, but he should've knocked back the cover as well.

Well, that's us now got the first 20 issues out of the way - only another 30 to go.  Do you want to see them, or would you prefer me not to bother and just move on to something else?  My own instinct is to finish what I started, but knowing your opinion wouldn't hurt in helping me make up my mind one way or the other should I ever find myself wavering on the matter.  It's only taken me 3 and a half years to get to this point - if it takes even half the time with the remaining issues, my posts will have lasted far longer than the entire run of the mag.

Anyway, enjoy the accompanying images and feel free to leave a comment if you so wish.  Your opinion counts, even if it disagrees with mine. 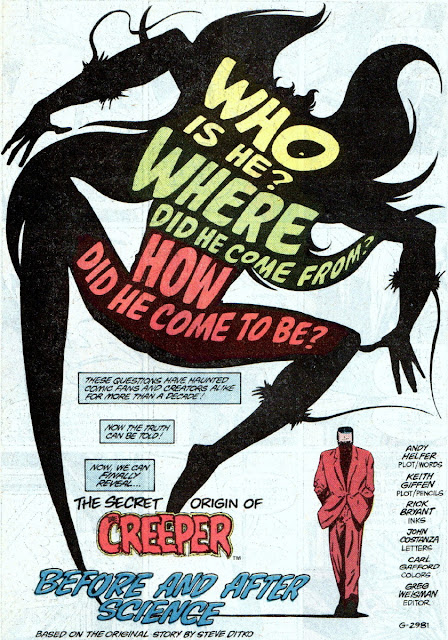 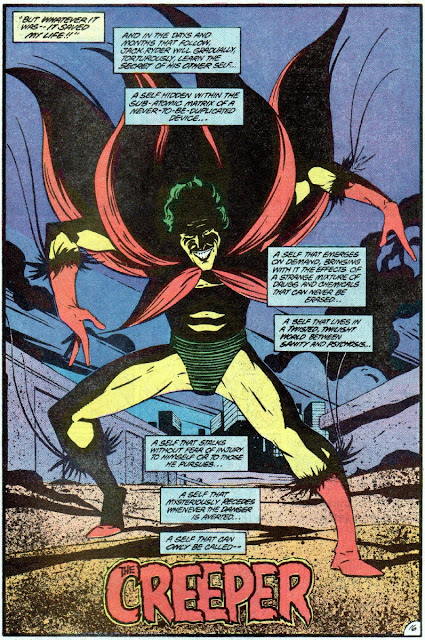 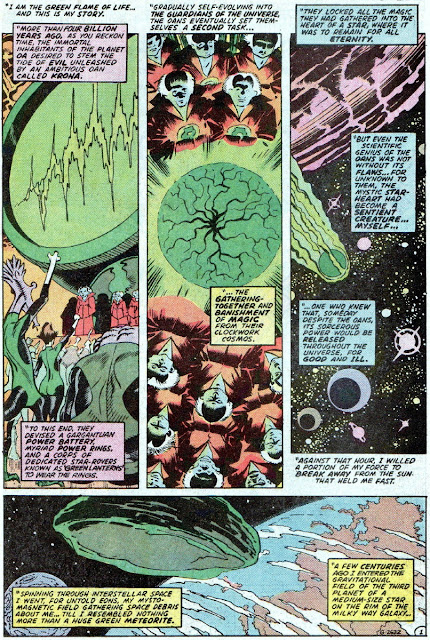 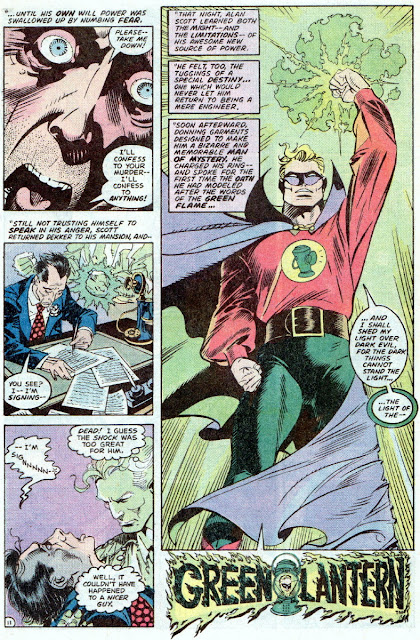 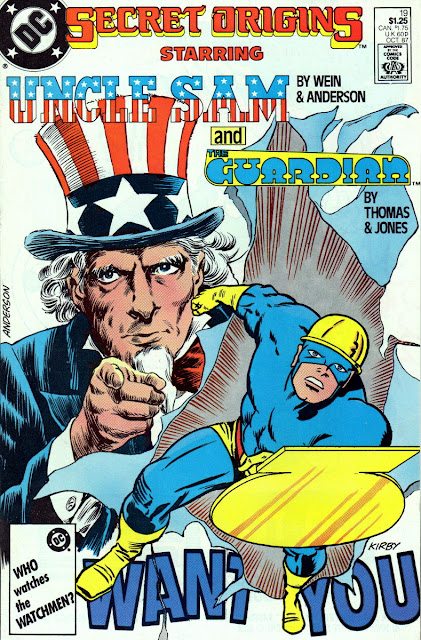 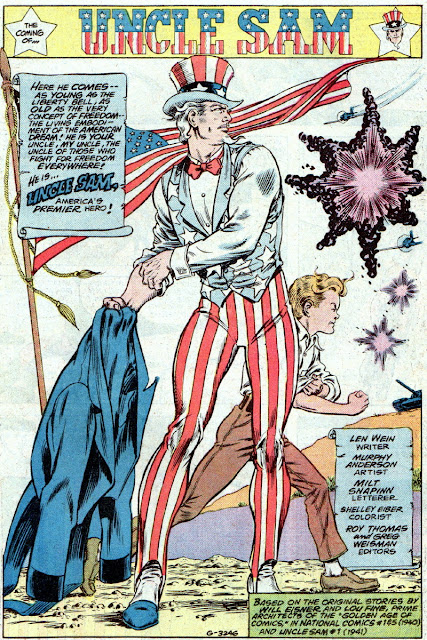 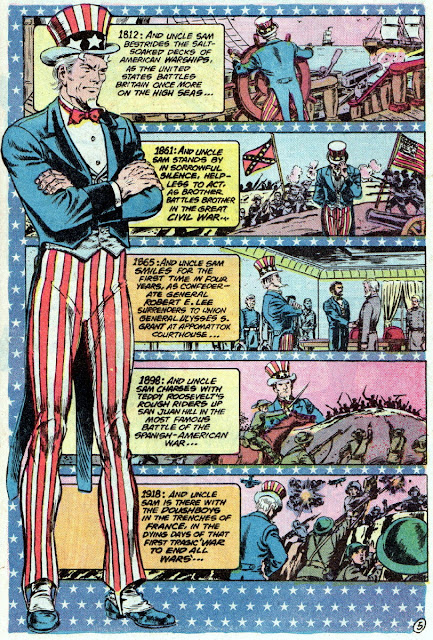 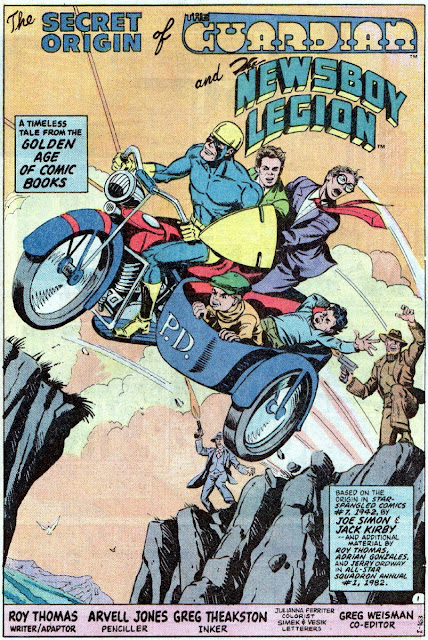 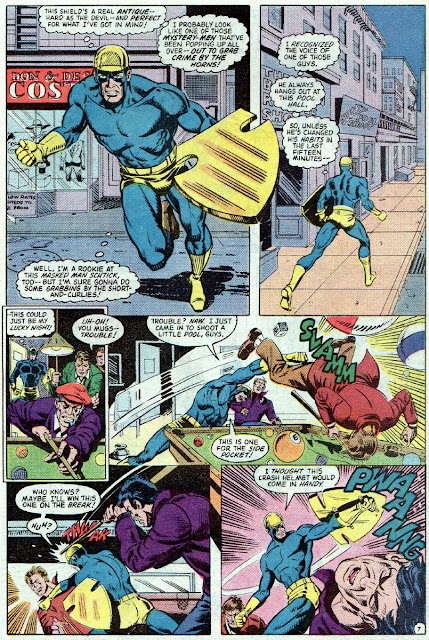 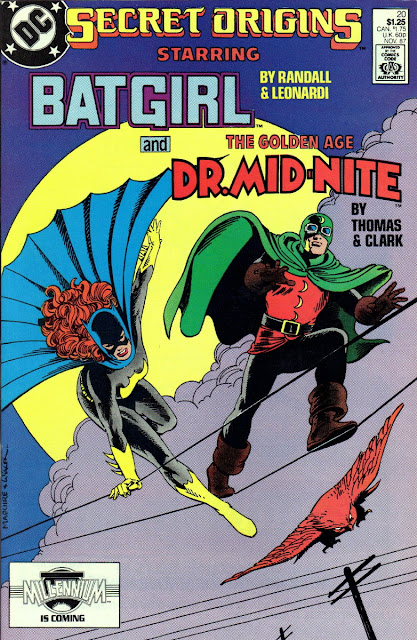 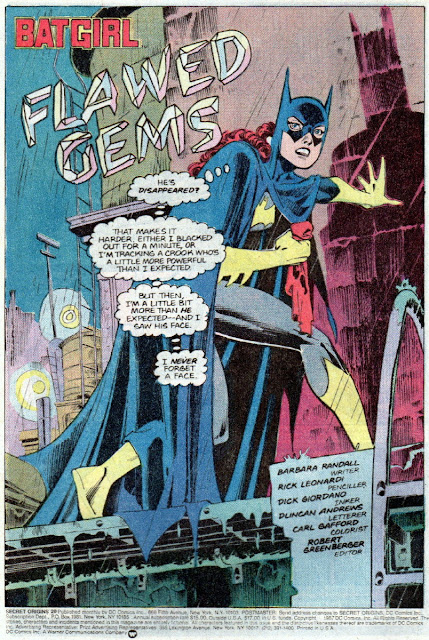 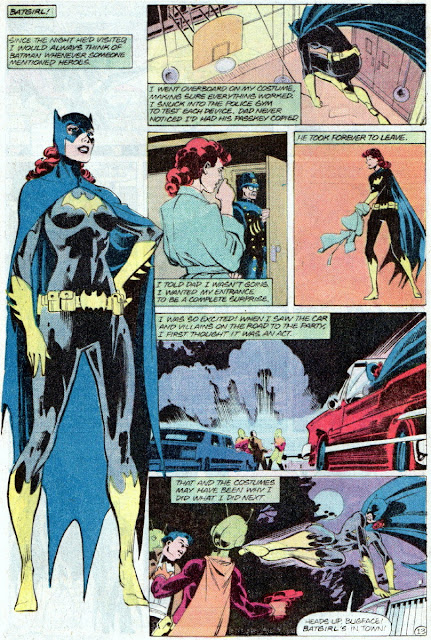 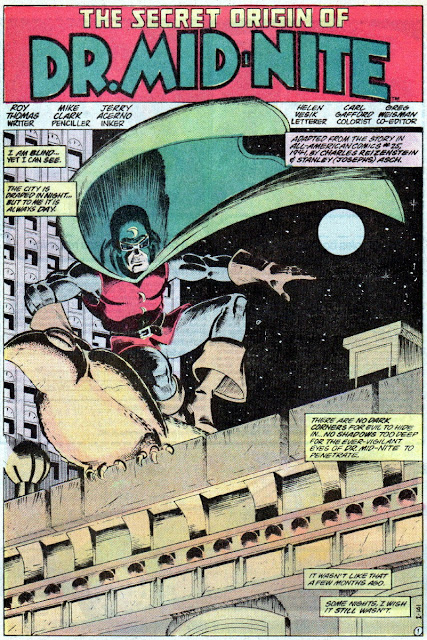 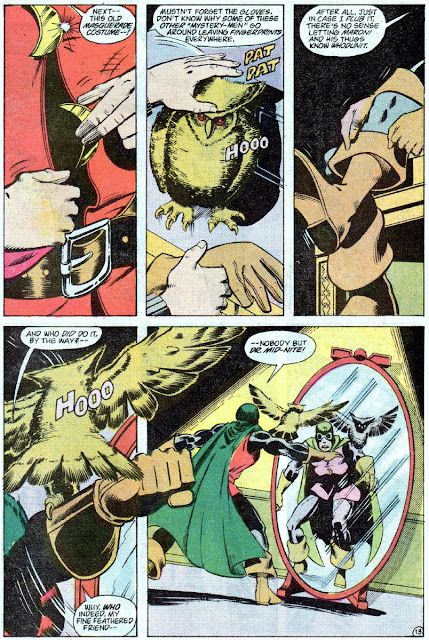 I'd like to see the rest of the series. Secret Origins was very up and down at times, but gets really really good toward the end of the run (and Curt Swan draws a few issues too).

In case you (or anyone else) were wondering, DS, the reason it's taken so long to get through the series on the blog is because I have to dig through a filing cabinet every time I plan on doing a post on them, and then tuck them all away again afterwards. However, as long as you want to see the remaining 30 (plus any Specials I have), the chances are that you will.

That Anderson art is the best. I would buy that comic just for his art. In fact inve done that before, I got the issue with Black Condor because Anderson did the art.

Great artist, PS, though I'd say the figure of Uncle Sam on the second page displayed here looks a little too long compared to the first page. However, his side of the cover makes Jack's Guardian figure look like it's been drawn by a 10 year old kid trying to emulate Kirby.

Much as I adore Curt Swan's art and enjoy Murphy Anderson, I never felt they were a great combination- always felt Anderson overwhelmed Swan's pencils too much. Al Williamson inked Swan on Superman for a while in the 80s, and it was as gorgeous as it sounds!

I liked Al Williamson's inking on Swan's art, DS, but I think that Murphy Anderson gave Swan's pencils a superb finish that made them even better than they'd been. In the same way that Wally Wood, Joe Sinnott, or Vince Colletta on Kirby made great art even greater.