THE MIGHTY WORLD OF MARVEL COVER GALLERY - PART ONE...

The MIGHTY WORLD Of MARVEL.  Savour the sound of those wondrous words.  To sensation-starved kids in the early '70s, the release of this power-packed periodical was welcome indeed.  I, for one, could re-acquaint myself with the ace adventures of my favourite superheroes first read in the pages of ODHAMS PRESS' POWER COMICS - WHAM!, SMASH!, POW!, FANTASTIC, and TERRIFIC - while experiencing for the first time any tales I'd missed as a 'sapling' back in the '60s. 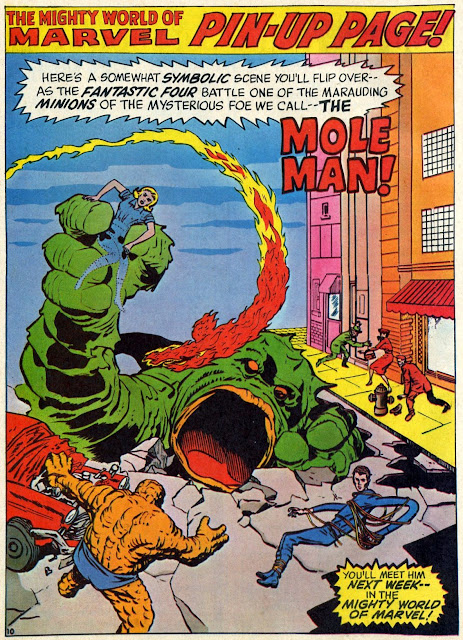 Amongst the many great things that MWOM had going for it were the covers.  The first one was by JOHN BUSCEMA, and subsequent covers were by JIM STARLIN and JOE SINNOTT, and later, various other Mighty Marvel artists.  A couple of years later (when some of the cover artwork was perhaps less impressive then earlier issues), Marvel enquired of its readers whether they would like to see more original covers.  I, and I'm sure many others, answered in the affirmative. However, I think this resulted in a state of confusion. 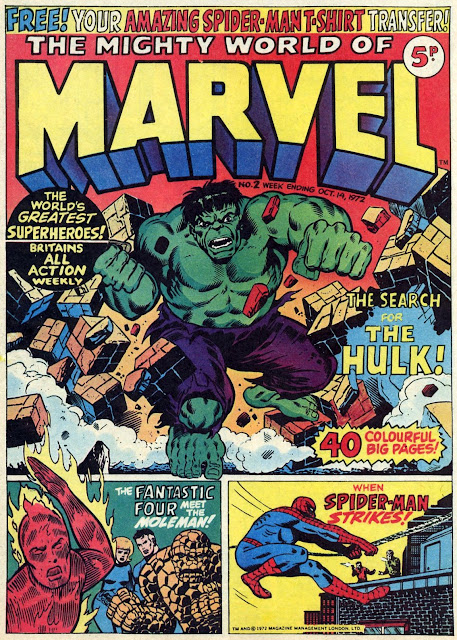 By 'original', Marvel meant new.  In readers' minds, however, 'original' meant the original covers which had graced the first U.S. printings back in the '60s, not new ones.  Just goes to show how some words can mean two different things at the same time.  (Of course, it was a few years before the explanation as to why we kept seeing more new covers on the comics finally dawned on me.) 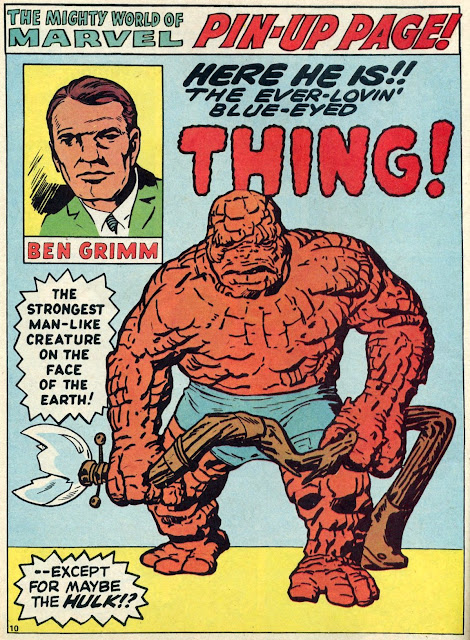 So, welcome to Part One of a new series on this blog - a rapturous re-presentation of covers and pin-ups from the early issues of The Mighty World of Marvel. Trust me, the world will never again be the same! 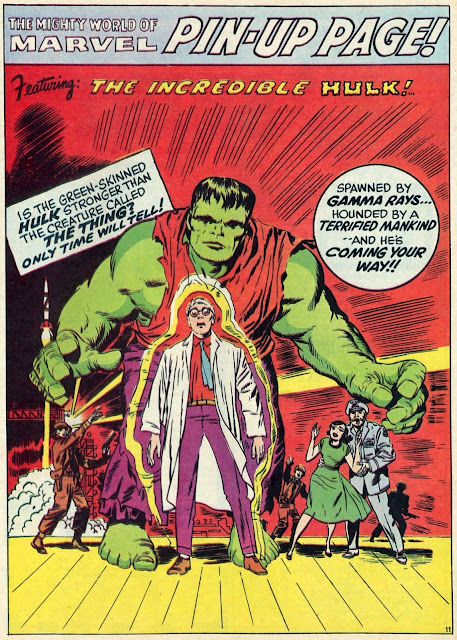 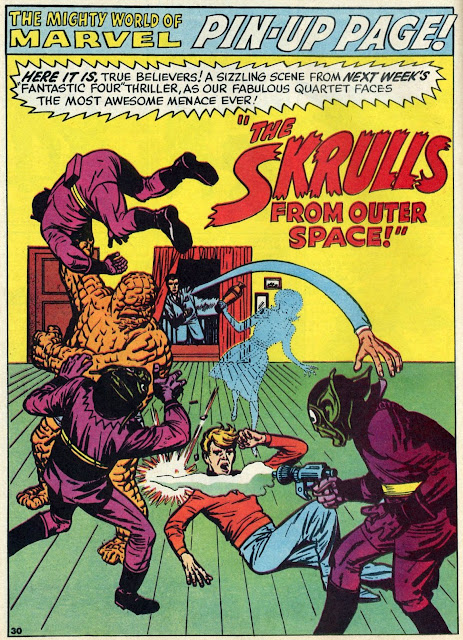 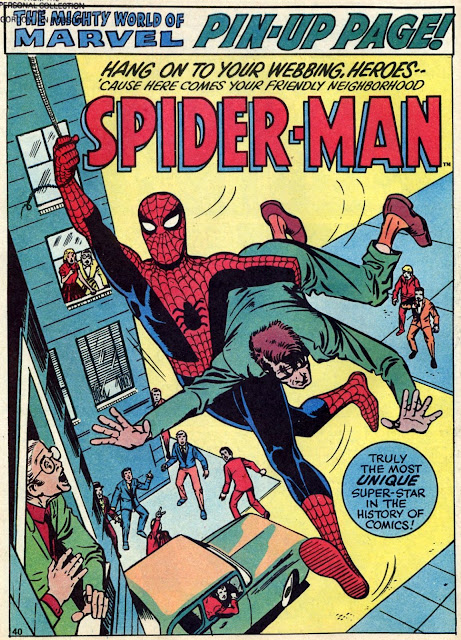 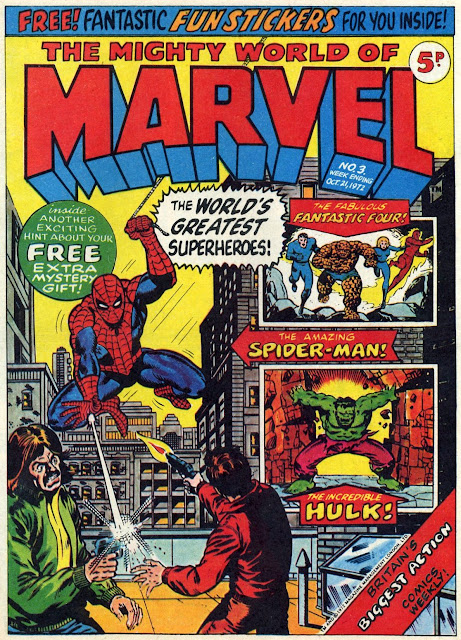 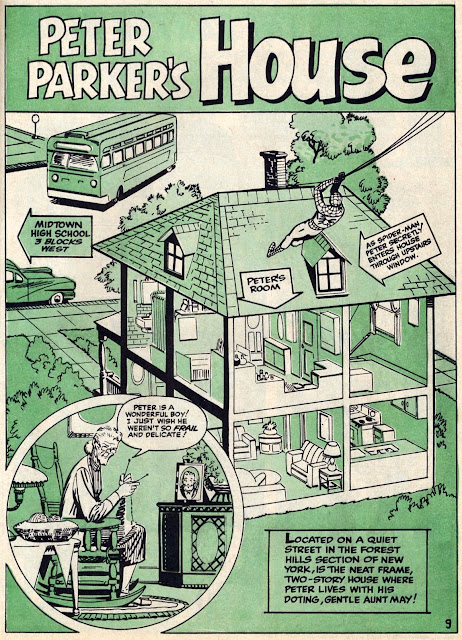 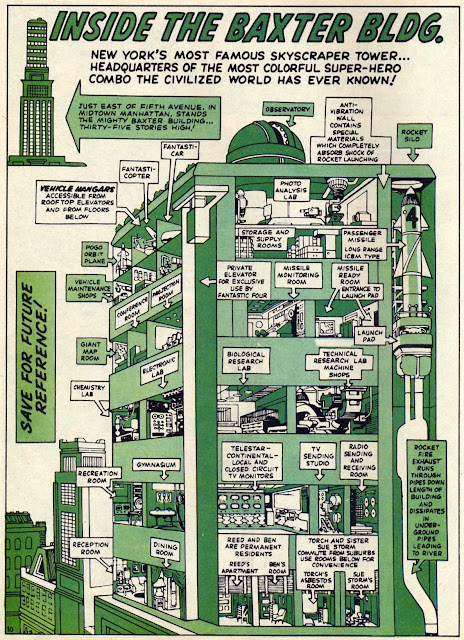 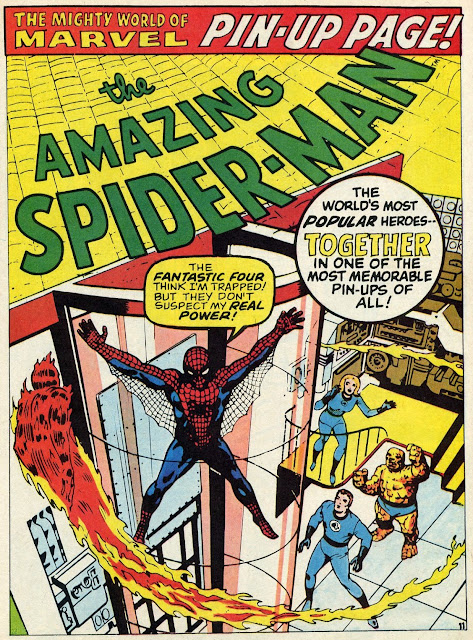 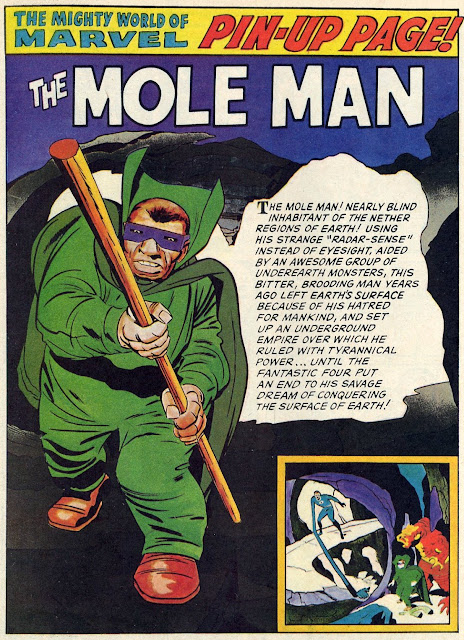 Thanks, Joe. I'm going to go through all the paper-covered issues of MWOM and SMCW, so stick around.