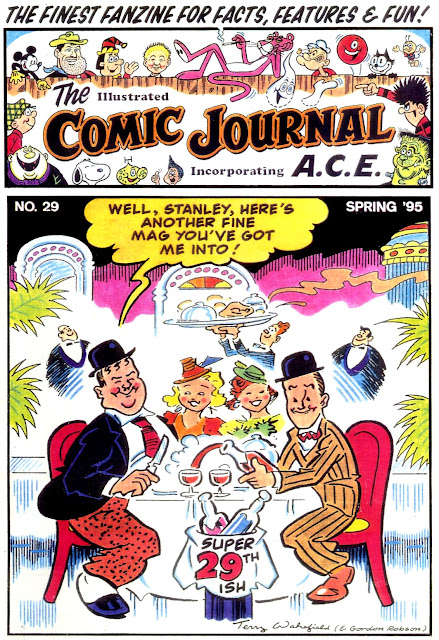 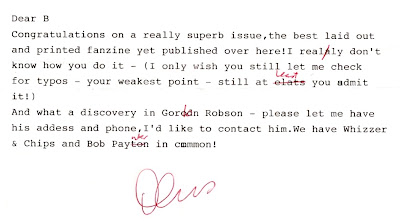 The above note is from famed comics collector and historian, the
late DENIS GIFFORD, to BRYON WHITWORTH, publisher and
editor of The ILLUSTRATED COMIC JOURNAL way back in 1995.
It concerns the cover to issue #29, which I'd cobbled together utilising a
TERRY WAKEFIELD illustration (and some colour pencils), along
with a new logo which I had designed, lettered and drawn.

Denis was the world's worst typist (as you can see from the examples
displayed on this page), so it was a bit rich of him to upbraid Bryon for the
typos in the ICJ.  However, he was totally correct about them being Bryon's
weakest point.  It didn't seem to matter how many corrections I made when
proofreading the articles, as Bryon always managed to restore most of the
mistakes - and add a few more - when I sent everything back to him.

(In fact, that's why I eventually ceased my involvement with the title - I
just couldn't justify all the hours of work I put in when the results weren't
making it into print.  Being a perfectionist, I found it far too frustrating.)

Denis was much taken with the logo, especially as it featured his
STEADFAST McSTAUNCH character from WHIZZER & CHIPS,
and in due course I received the following letter from him. 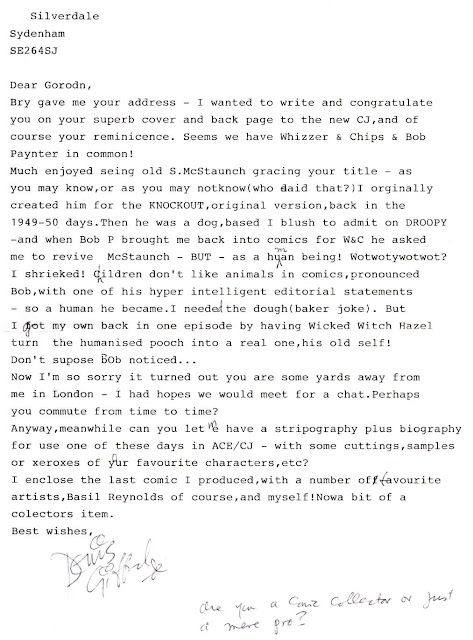 Steadfast McStaunch (along with GINGER'S TUM and HARRY'S
HAUNTED HOUSE) had been my favourite strip in Whizzer & Chips,
so it's extremely satisfying to know that my humble handiwork met with
his approval.  Unfortunately, I never got to meet up with Dennis down in
London, but just to know that such an esteemed comics stalwart thought
so highly of my logo is immensely rewarding and is a recognition I'll
always treasure.

Here, for your perusal, are the other four ICJ covers which I lettered,
retouched, enhanced and sweated over when putting them together.  Also
included is the back cover of issue #29, which featured the first published
appearance of my KEVIN And His TALKING SOCKS strip.  It was
drawn close to 30 years ago (1985/'86), so please be kind.

I should perhaps also point out that the variable quality of reproduction
is unconnected to how the images were scanned, but instead reflects how
they were originally printed.  Bryon ran each copy off on his own colour
photocopier, hence some colour inconsistencies from time to time. 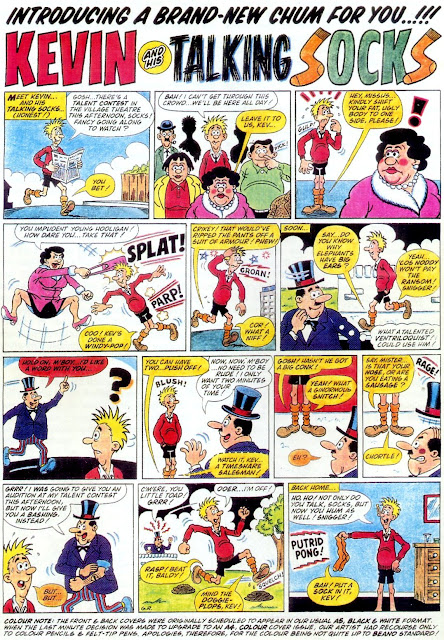 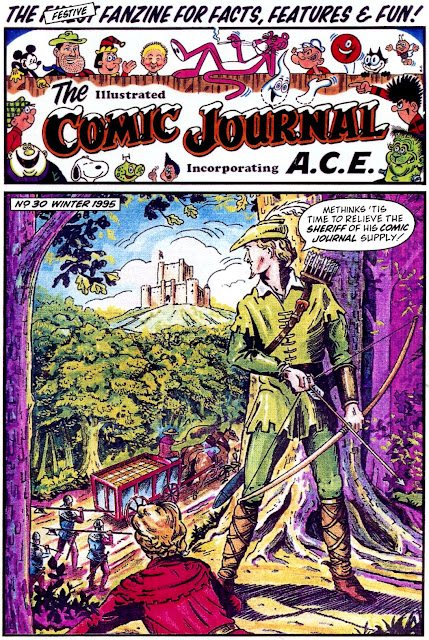 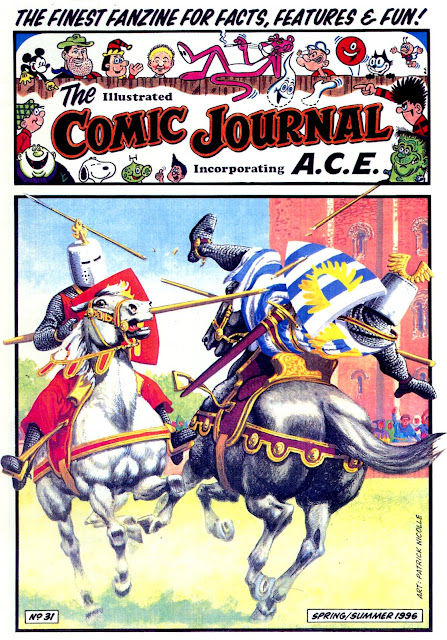 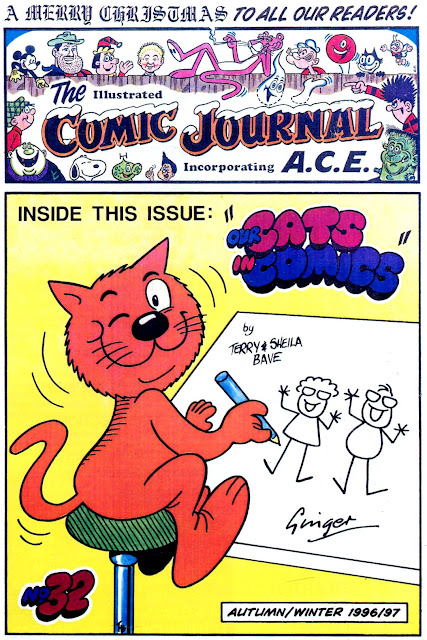 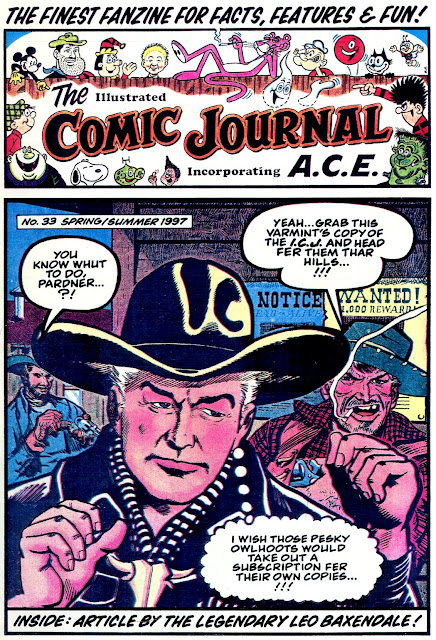 You`ve got some really interesting stories to relate about that time in your life Kid.Particularly liked your reminiscence of your aquauintance with Terry Bave.He seemed like a really decent guy.His book seems worth watching out for.

I'm sure that Terry is indeed a really decent guy. I should point out that I never actually met him - only spoke on the 'phone several times and exchanged a few letters (and some Christmas cards) pertaining to a couple of articles he'd written for the ICJ. To think that I actually worked on his art - even in a minimal way - is something I'm immensely proud of. Especially as I read his stuff as a kid.

Do you happen to have a spare copy of The Illustrated Comic Journal #29, the one at the top of this post?
If so, and if you are willing to part with it, please let me know.

Kind regards from The Netherlands,

I don't have a spare copy, unfortunately, but when I eventually find where I've stashed my own issue, I'll scan the contents and send them to you, free of charge. That way, you could perhaps print out a copy for yourself. Any good?

Thank you very much for your kind offer. But I do have lo-res scans of the pages that are relevant to my research (Basil Reynolds' autobiography 'Of Skit and Skat and This and That', second part). Now I'm looking for the real thing: an original copy...

Thanks again and kind regards,

No problem. Hope you find one. Try eBay now and again.