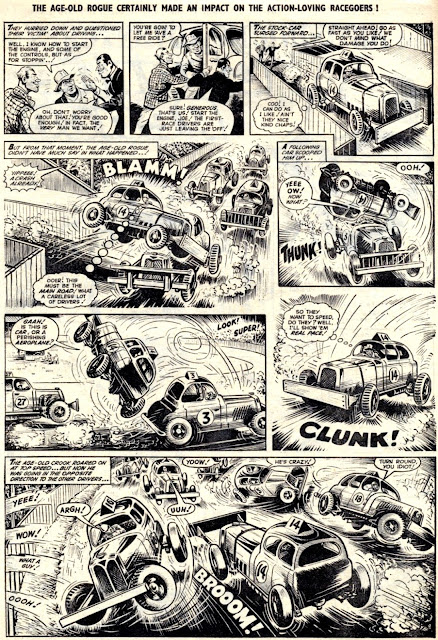 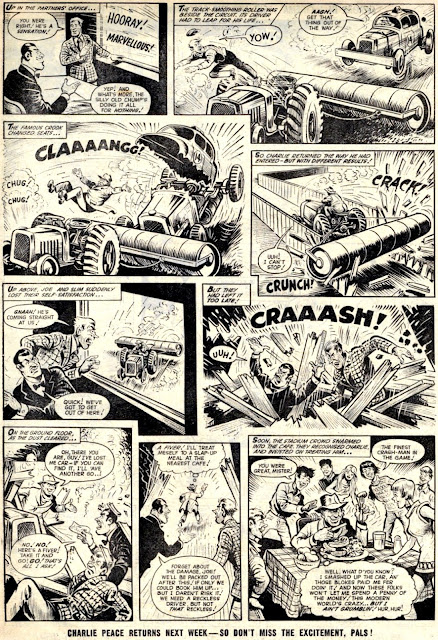 The ASTOUNDING ADVENTURES Of CHARLIE PEACE made its debut in a promotional strip in VALIANT before appearing the week after in BUSTER in June 1964, bowing out ten years later in June '74.  A strange choice for a strip in a children's comic as the real-life Charles Peace on whom the strip was based was not only a 19th century burgler but also a murderer!  At first, Charlie Peace was set in Victorian times but in a January 1968 issue, an inventor tricked him into a time machine (disguised as a safe) and Charlie was transported to modern London.

When the strip had first started, Charlie's dishonest schemes to acquire financial gain inevitably failed, with Charlie just managing to escape capture for his would-be dodgy dealings.  However, after a while Charlie became more of a lovable rogue who often had the last laugh in the final panel, but usually by accident or good fortune and not as a direct result of any devious design on his part.  Eventually, he was able to return to his own time period.  He was illustrated throughout his ten year stretch by a variety of artists, including ERIC BRADBURY, TOM KERR, JACK PAMBY, ALAN PHILPOTT, DOUG MAXTED and one or two others. 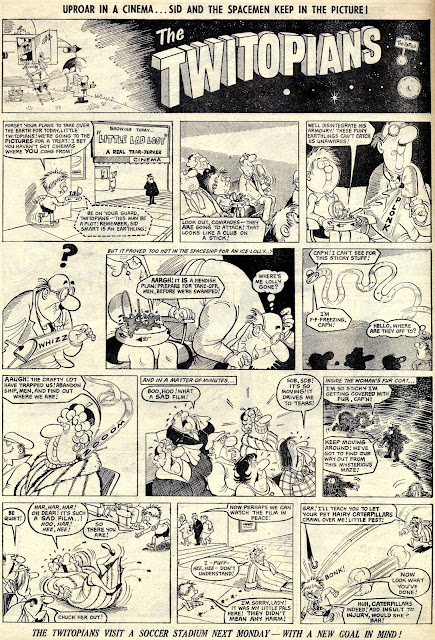 The TWITOPIANS was a strip about tiny alien invaders trying to take over our world, drawn by STAN McMURTRY and GORDON HOGG (at different times, obviously).  It lasted about sixteen months from September 1968 to January 1970. 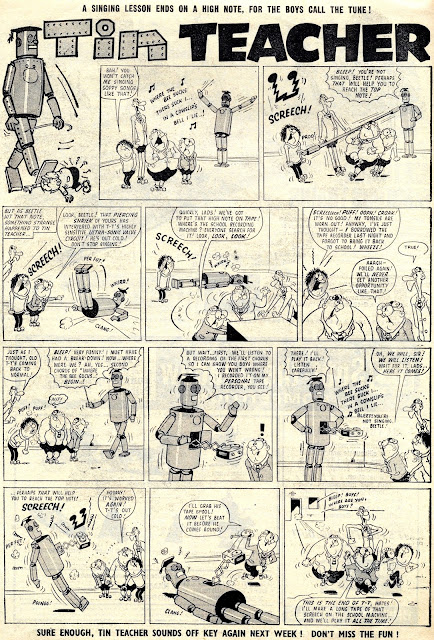 TIN TEACHER, drawn by artist PETER DAVIDSON, first appeared in the comic in October of 1965, lasting until January 1970.  It was later reprinted between June 1979 and April 1980.  I won't insult your intelligence by describing the strip's premise - it's pretty obvious. 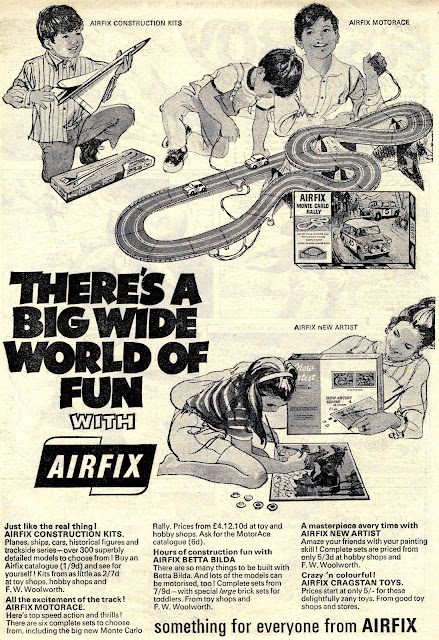 AIRFIX (now owned by HORNBY) is still on the go today.  Why not support it by buying a load of model kits for all your little nephews for their birthdays and Christmases?  Go on, you know it makes sense. 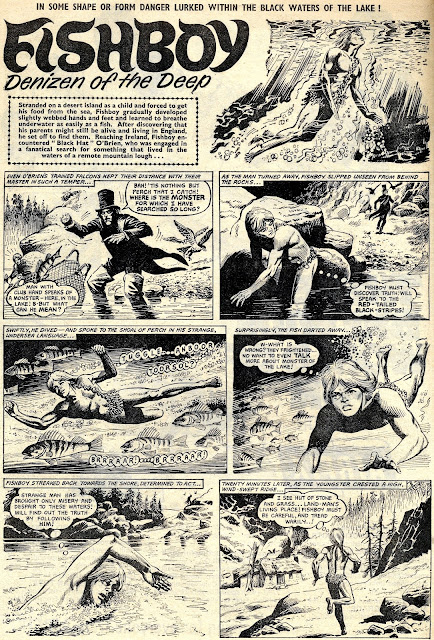 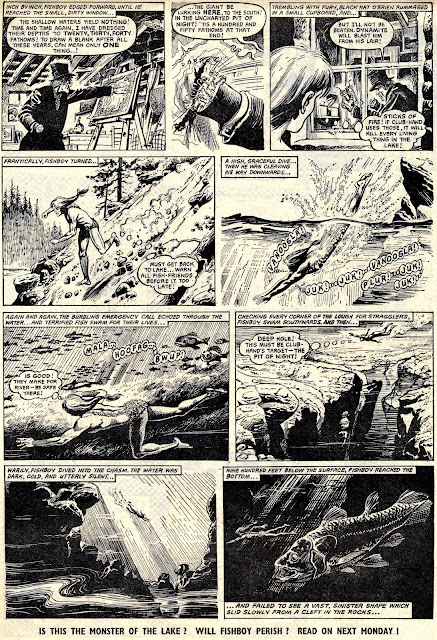 Who'da thunk it?  FISHBOY, DENIZEN Of The DEEP was a strip about a boy with fish-like qualities (he liked to have salt and vinegar sprinkled over his body and be wrapped up in newspaper) who was searching for his parents.  Okay, part of that last bit was a lie - he had slightly webbed hands and feet and could breathe underwater (but my version's better).  Drawn by JOHN STOKES (for the most part) and written by SCOTT GOODALL, the strip appeared between 1968 and 1975. 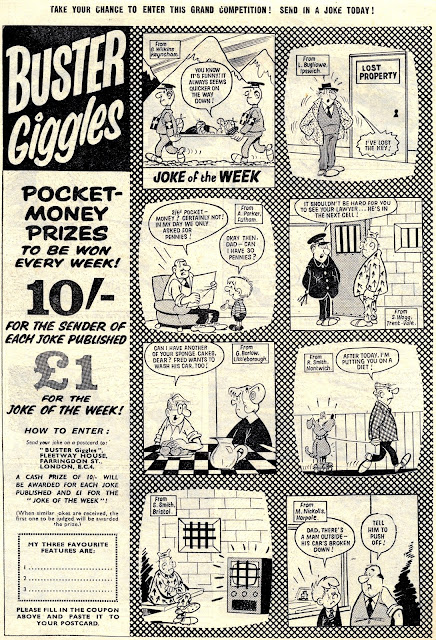 Well, BUSTER GIGGLES wraps it up for this post.  Tune in again soon for Part Four - your life won't be complete if you don't.

I remember, as a teenager, I cleared a big pile of 'The Valiant' from a cupboard in my room. Can't remember how I they got there but, strangely, I do remember Charlie Peace.

Bet you wish you still had them all now, eh, Martin?