THE THING FROM THE SWAMP - PARTS ONE & TWO (REPETITIVE REPOST)...

As I roam the streets of Sheffield - oops, sorry - wrong blog. As I patrol the local environs of my town clad in my homemade superhero costume, ready to right wrongs and dispense instant justice to neighbourhood miscreants, people often say to me:  "Why are you dressed like that, you feckin' psycho?"  To which I reply:  "Stop picking on me, or I'll tell my mum."  Thankfully, that only happens when my normal clothes are in the wash and it's too cold to go out in my pyjamas - and besides, there's a guy down the road who thinks he's Elvis, which just goes to show that there's always someone far worse off than yourself.  Now, where's my 'Smarties'?

Anyway, for this post, I thought you'd enjoy seeing some terrific covers by TOM YEATES from The SAGA Of The SWAMP THING.  Having been a regular reader of ol' Swampy's original comic back in the '70s, I was overjoyed to see him awarded his own magazine again in 1982.  It gave me the opportunity not only to catch up with an old friend, but also to get in on the ground floor of what became a highly collectable series.  The release of this title inspired me to hunt down and re-obtain Dr. ALEC HOLLAND's previous 24 issue run of four-colour classics, which, I'm proud to say, I still have in my collection today.

However, it's the second series we're going to focus on for the moment, so - without further ado - here are the first six covers for you to drool over. 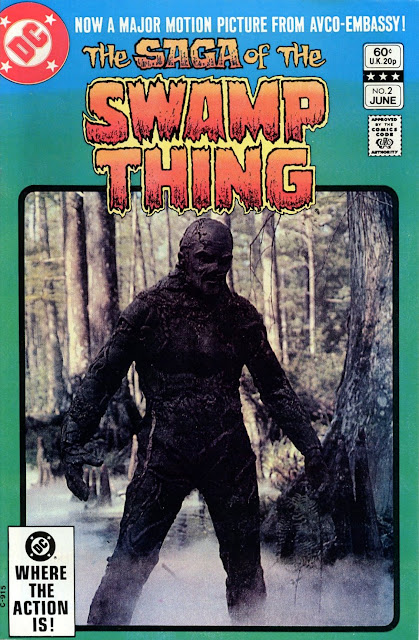 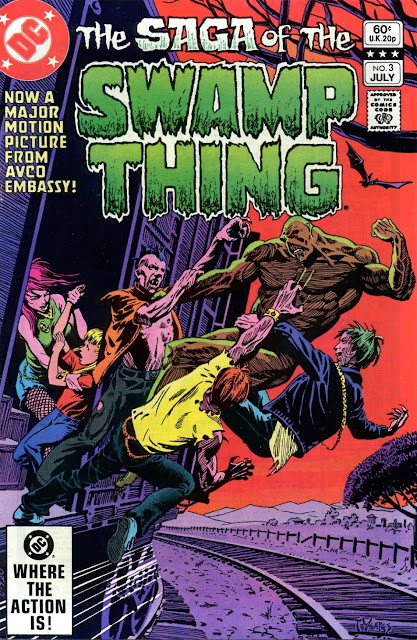 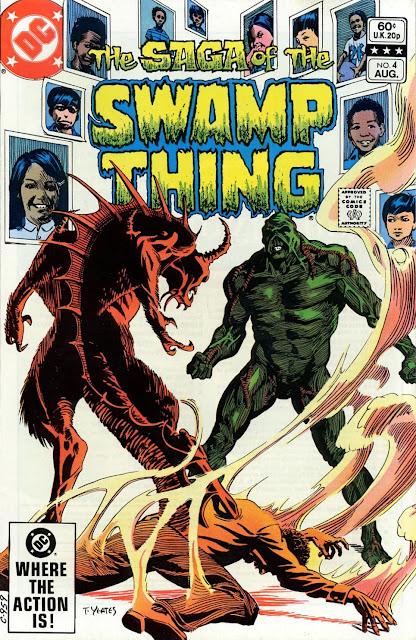 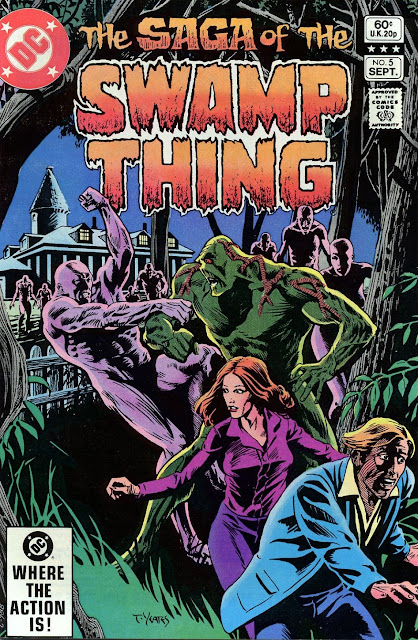 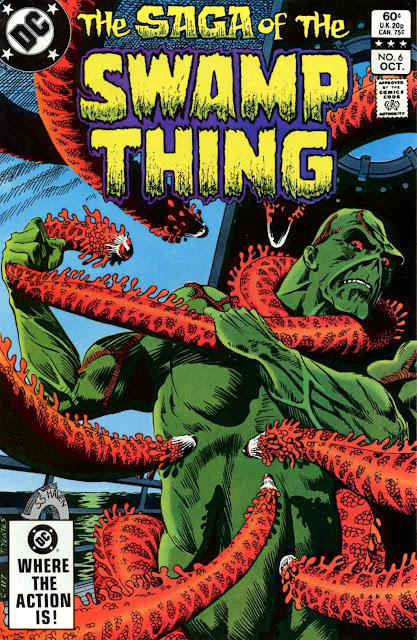 PART TWO OF THE THING FROM THE SWAMP... 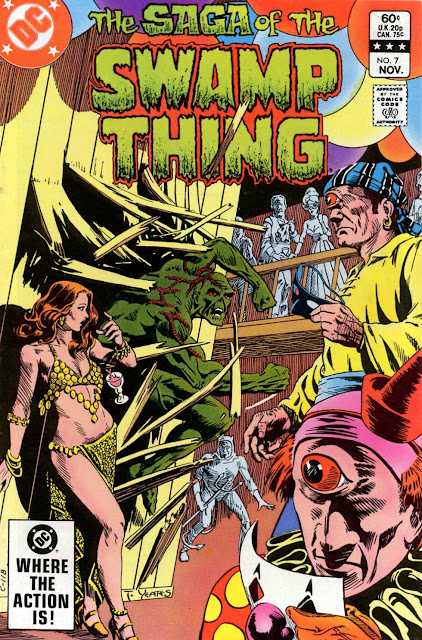 PSSSTT!!  Wanna see some pretty pictures?  Then you're in luck, 'cos here are six li'l beauties to feast your peepers on.  This was the second series to feature ol' SWAMPY, published way back in the early '80s when BRUCE FORSYTH was merely old, but not yet ancient.  (Word is, Brucie was on board the Ark, but when asked whether this was true or not, family friend and spokesman, NOAH JUNIOR, refused to comment.)

Anyway, enjoy these half-dozen dazzling drawings by TOM YEATES, which evoke the spirit of BERNIE WRIGHTSON without being a slavish imitation of his style. And feel free to express your opinion on these covers in the comments section, if you so wish. 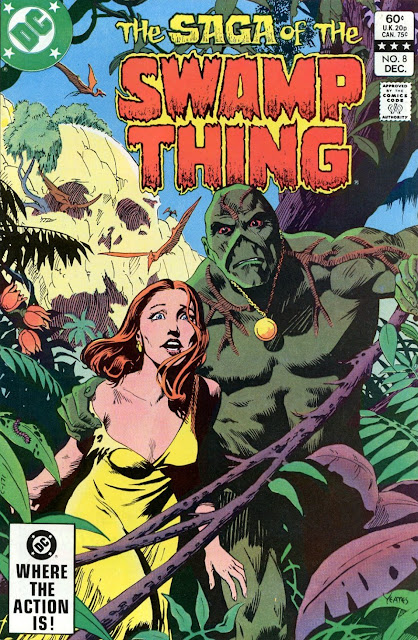 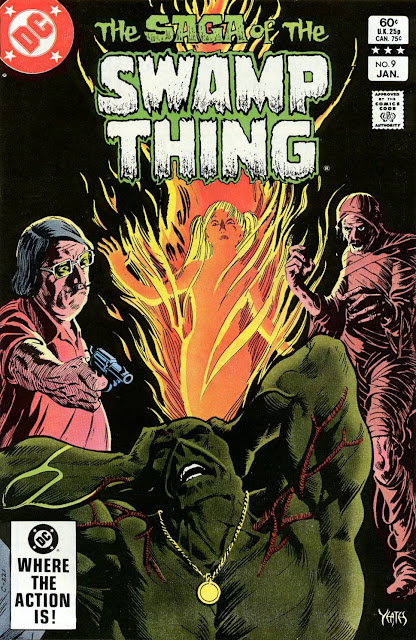 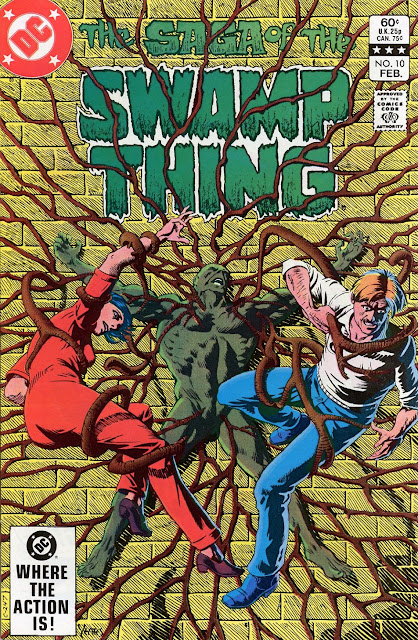 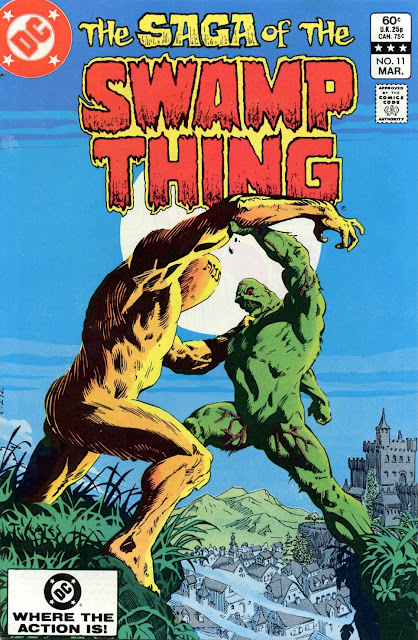 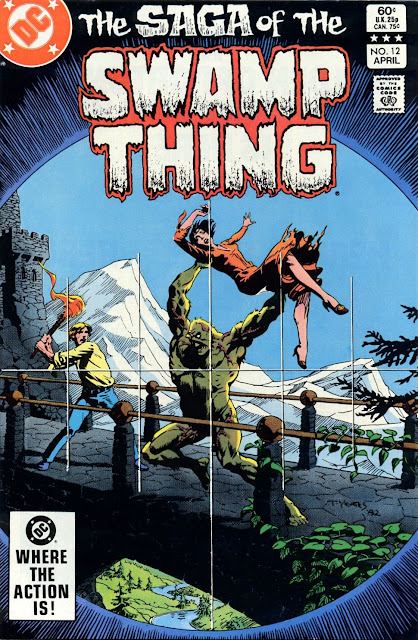