JUST HOW MUCH DO YOU APPRECIATE THE NHS AND OTHER KEY WORKERS? 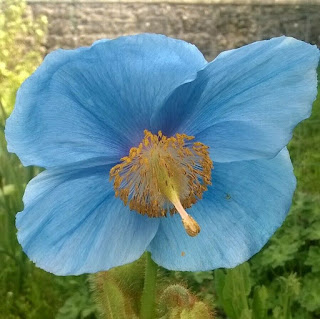 Want to show support for the NHS and key workers during these difficult times?  I mean show real support, not just indulge in a few moments of empty (though well-intentioned), self-indulgent applause on your doorstep?  My suggestion is that some organisation or charity produces a blue 'poppy', to be sold in supermarkets or any shops that are still open on a daily basis.  No human contact required, just a tray of blue poppies with a secure container for donations (no less than £1), which can then be distributed to those who are putting their lives on the line for us at this very moment.  Or even just several collection tins (sans poppies) at the checkout tills of large supermarkets, so that the public can show real appreciation and support, as opposed to mere pointless posturing with no practical value.

Sound like a good idea to you?  Why not contact your local (or a national) newspaper and suggest them proposing it in their pages to the powers-that-be?  I've already been in touch with The DAILY RECORD, and the News Editor I spoke with will be running it up the flagpole with the relevant people to see if it can become a reality.

Go on, forget about standing on your doorstep once a week and clapping into the air - put your money where your mouth is!  Clapping is the very least we can do - don't you think they deserve more than that?
Posted by Kid at Friday, April 03, 2020

Brilliant idea, and would be great if it caught on, it does mean people going out to shops though,which isn't a great experience at the moment, in fact it's pretty scary..i know we do need to go shopping obviously,but it's become a really weird fearful experience, thinking there's a chance of picking up a virus which is killing people.
I was pretty blase about it at first,but over the last few weeks with people of all ages dying(underlying health issues or not)I'm very loathed to go out now.

Well, people wouldn't be going out to specifically buy a blue poppy, RD, but when they HAD to go to the supermarket for essentials, they could get one then. I'm also thinking that it could be a an all-year round thing, even when things are back to normal (or as close to that as they'll get). And, like I said, even if there were no poppies involved and it was just a collection tin for donations to the NHS and other key workers, that would be good as well.

That's a great idea and I'd definitely donate. I already donate food to food banks (there's a box in my local Tesco where people can put food which is distributed to food banks). It would be interesting to see how many people would put their money where their mouth is and donate to the NHS.

Unlike Rob Diablo, I'm not the slightest bit bothered about going to the supermarket. But I go in the early morning, around 7 am, before the crowds appear.

Normally, I'd just send one of the servants, CJ, but I've given them time off at the moment. I never realised just how difficult it is to put toothpaste on a toothbrush before. It's terrible having to do things for yourself - I'm just not used to it.