PART TWO OF THE FANTASTIC FOUR MAGS THAT NEVER WERE (COVER GALLERY)...

As explained in part one, these comics 'never were' (in my house) only in the sense that I never actually owned (or even saw) most of them when they were first published all those dim and distant decades ago.  It's only in the last few weeks that I've managed to fill in the gaps in my existing FF collection, which in itself consists of replacements acquired years ago of the original mags I bought back in the '70s.  So part of that decade (comics-wise) which I never experienced at the time has now, retroactively, been absorbed into my memories of those halcyon days of yore.

Now, I hate to admit it (so, luckily, hardly anyone ever reads this blog), but I was always a bit of a 'paper pin-up perv', in that 'good girl art' was, for me, often the deciding factor when it came to choosing a comic from the teeming ranks which graced the spinner-racks of my hometown newsagents.  I had an instant crush on Susan Storm, alias The Invisible Girl (first one who asks what I saw in her can leave now) when I first laid eyes on her in b&w in UK weekly comics Smash! and Wham!  For the historians among you, sequentially, Wham! came first, but the FF's origin was published simultaneously in both papers, and at the time, I was buying Smash! on account of the Batman strip it also featured.  (I soon started getting Wham! as well when I realised the FF appeared weekly.)

It will therefore come as no surprise to anyone that one of the reasons I decided to plug the gaps in my FF run was because of some of the covers featuring Susie in all her alluring feminine beauty.  She still rings my bell, even in my current condition of decrepit old f*rt, who's too past it to draw even a first look from a real-life female, never mind a second one.  Anyway, see if you can spot the covers in which Susie specifically attracts my attention and say if you likewise feel her allure tugging at your heartstrings - or any other part of your anatomy.

So, yeah, it's perhaps a bit odd to find line drawings of a 'four-colour' female attractive, but it could've been worse.  It might've been Ben Grimm's lumpy orange epidermis that made my heart beat a little faster and that would've been seriously weird.  Anyway, I now declare the comments section open - may God bless her and all who sail in her.  (Eh?) 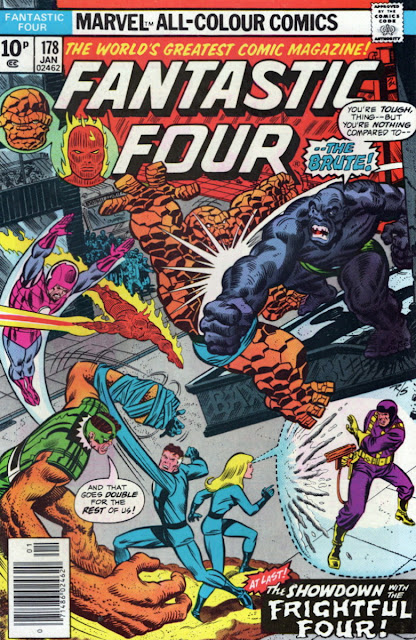 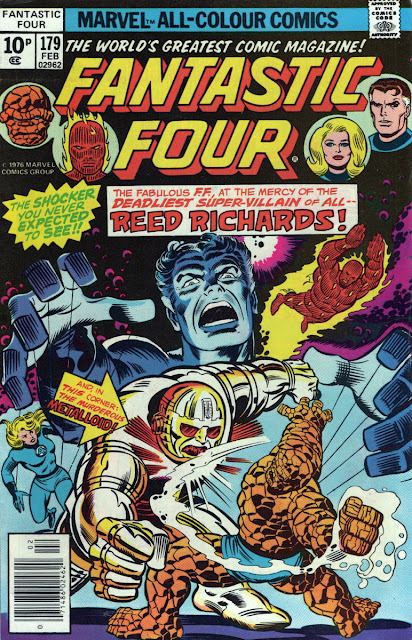 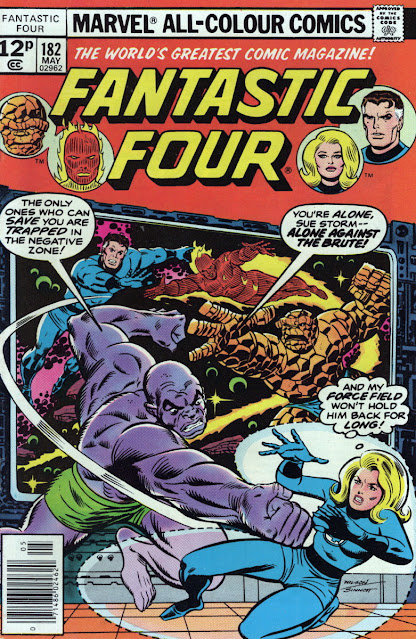 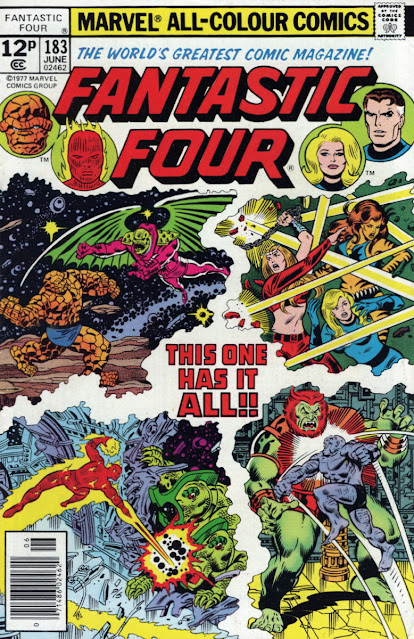 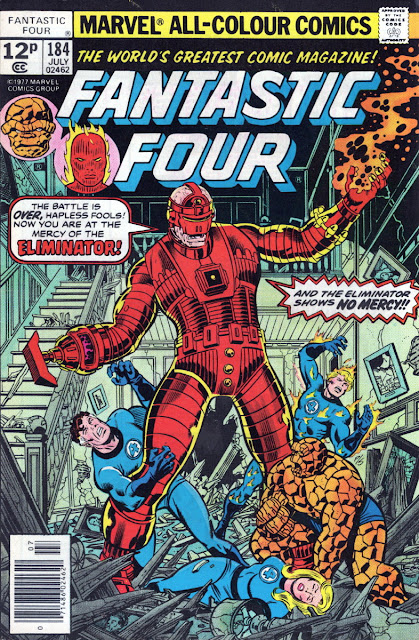 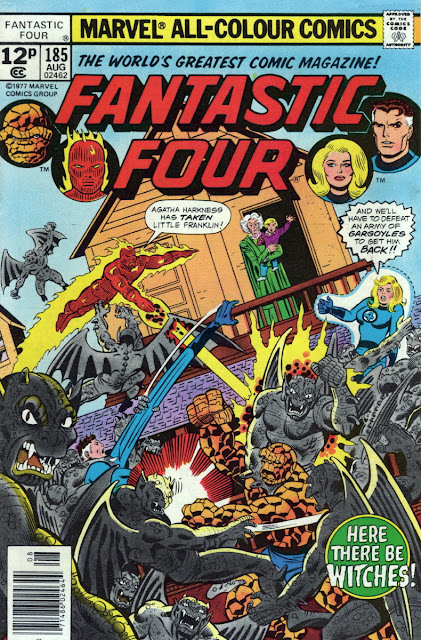 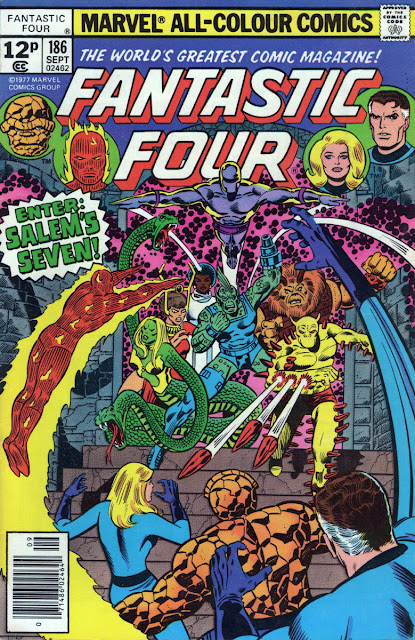 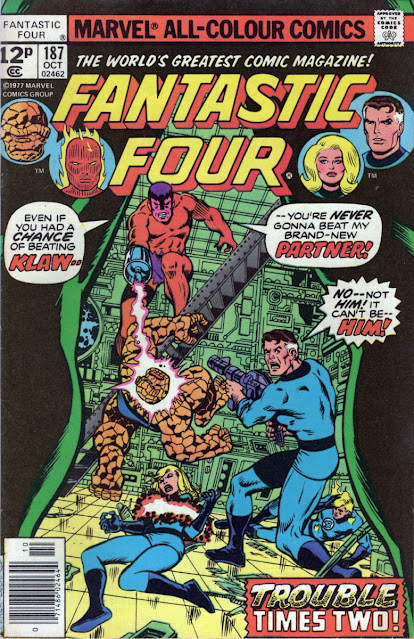 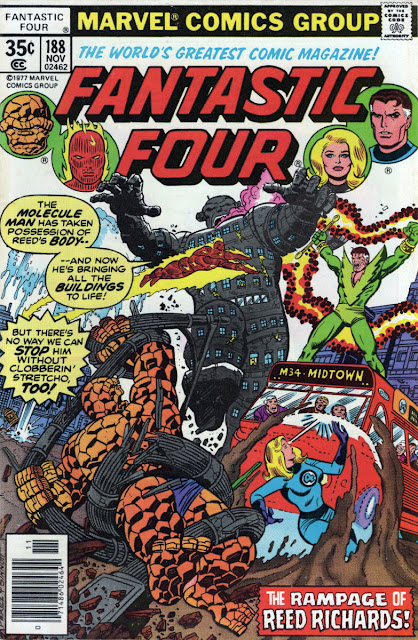 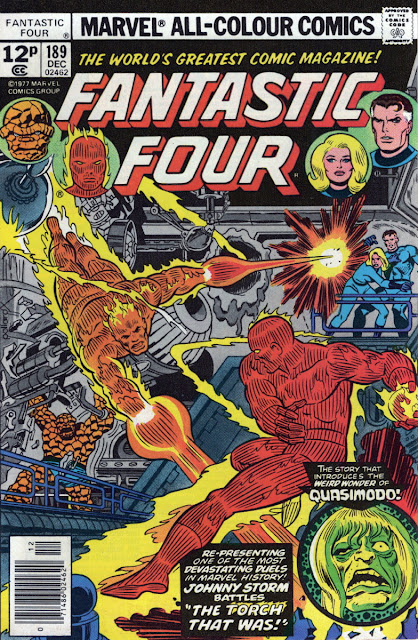 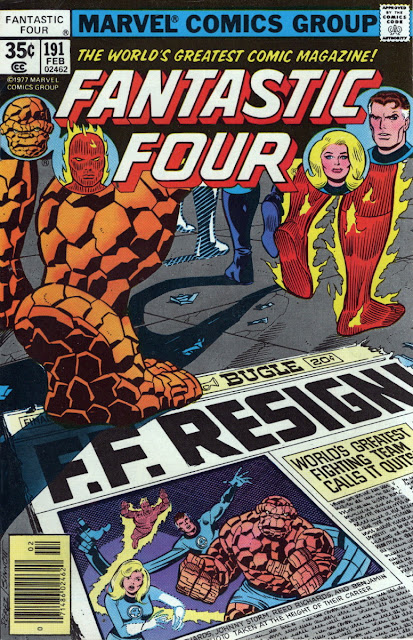 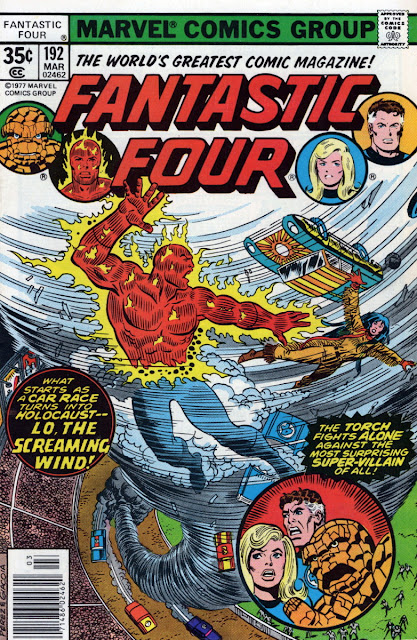 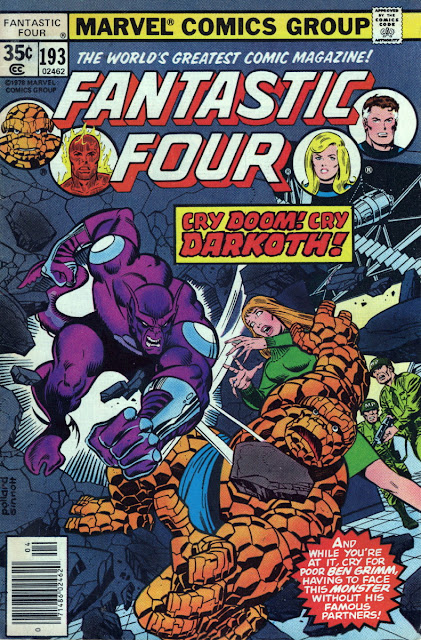 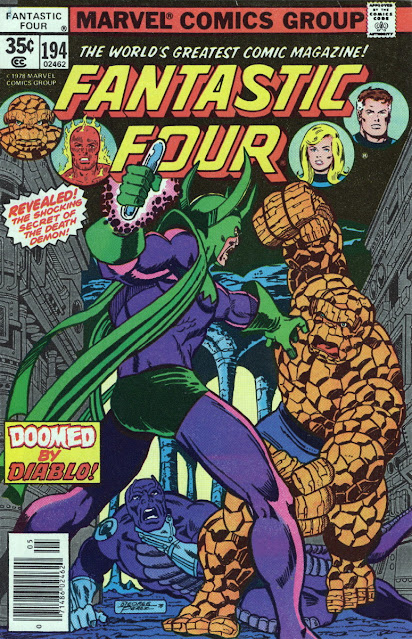 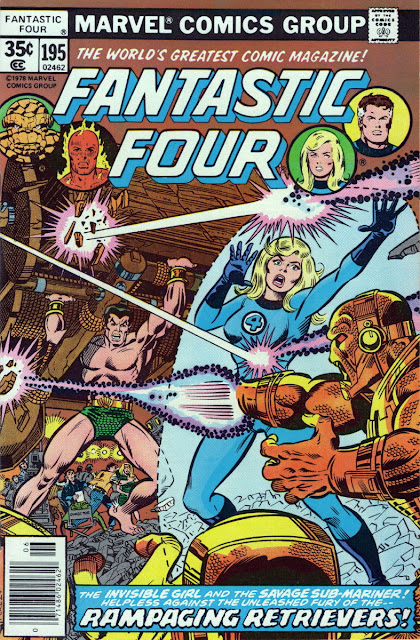 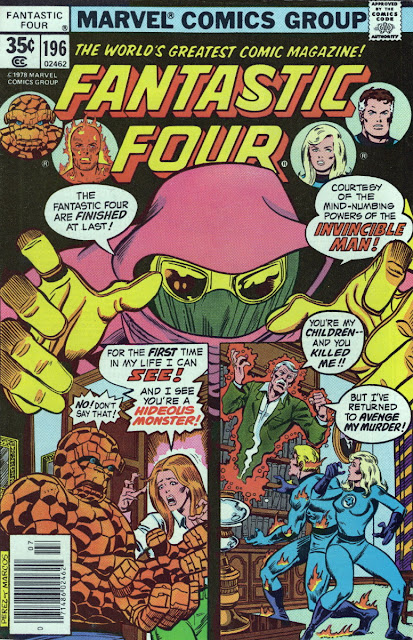 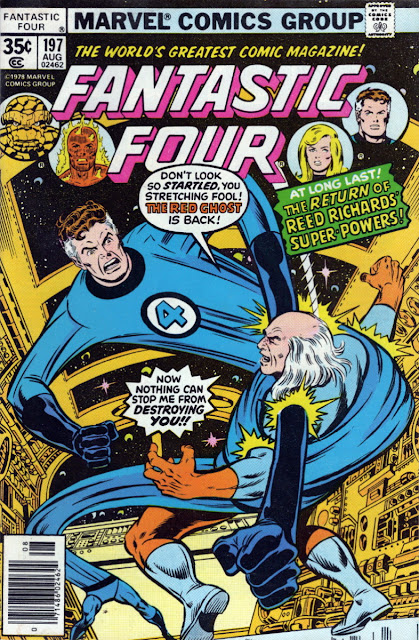 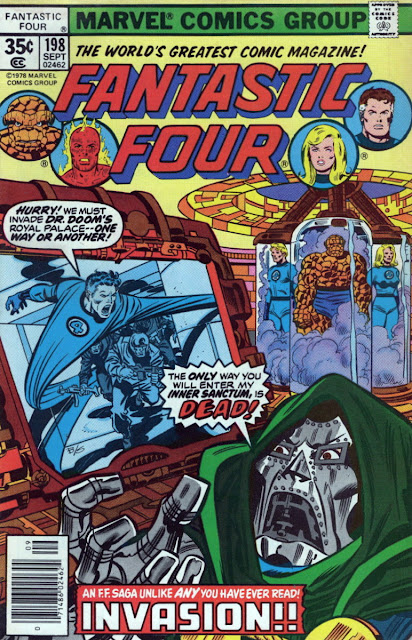 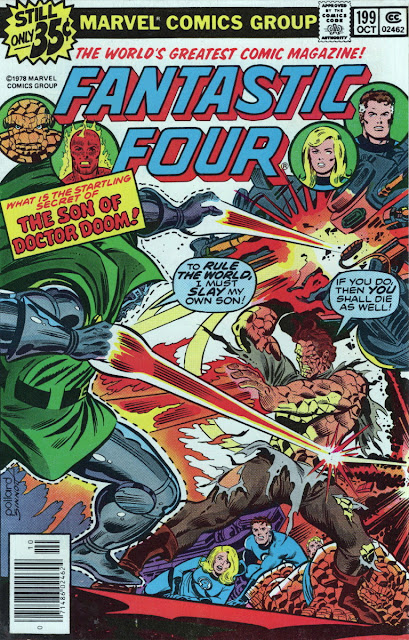 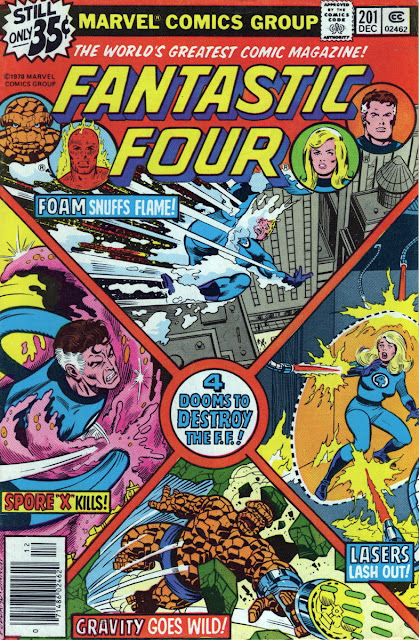 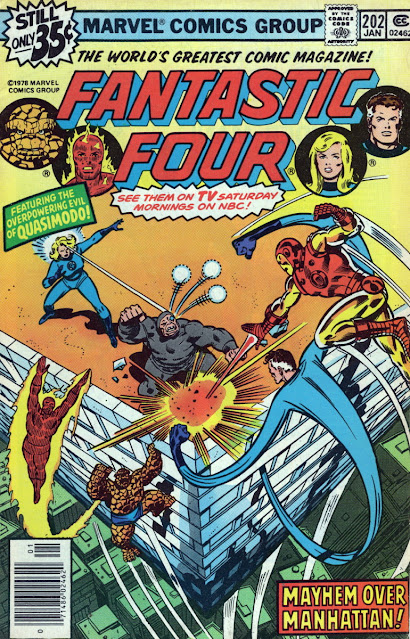 Some excellent covers among that lot, Kid, but there's an obvious mistake on #198 which shows the mouth on Dr. Doom's mask wide open!

I don't think that's the first time that's happened, CJ. The mouth of Doom's mask seems to work almost independently from his own flesh and blood one. Whether that's down to artistic licence to allow for extremes of expression, or whether the mask's mouth houses some kind of filter to protect him from poison gasses or to let him breathe where there's no air is one of those 'pays yer money and takes yer choice' scenarios that comics are so famous for. I don't think Doom's real mouth has ever been seen behind the mouth of his mask.

Good to have you back Kid. Hope you're well. Take a look at the cameo bubble things. Sue changes hairstyle, the cameo doesn't. Then it suddenly does but then reverts to the old style again! I'm not commenting on comic book lusts as my daughters will add even more ridicule on my head!

Thanks for the kind sentiments, NB. I'm experimenting with different energy drinks and iron supplements, but I'm still feeling exhausted a lot of the time. Hope it passes before I do. (Little joke there.)

Betcha any money you fancied Modesty Blaise - I know I did. And relax about your daughters, it's highly unlikely they read this blog. Hope you're well too.