OMEGA The UNKNOWN it was called, which was an apt title considering that nobody seemed to know what it was about.  There was certainly a nod to elements of CAPTAIN MARVEL in the mix, but the mag failed to capture my interest and I bailed out not too far into the run.  I should have held on because it lasted only ten issues before being cancelled due to poor sales (so it seems I wasn't the only one to jump from a plummeting 'plane).

However, it was good to see veteran artist JIM MOONEY as the main man on a regular monthly mag again - even if it was only for a short time.  This superhero saga sings of the '70s to me in a way that's hard to explain, but if you were around back in the day and bought the comic, then you'll know exactly what I'm talking about.  If not, you'll just have to take my word for it and settle for the pulsating piccies presented in this palpitating post.  Ain't you lucky?!

If I ever manage to track down the remaining five issues, you can expect part two to finish things up.  If not, then you're on your own, Charlie. 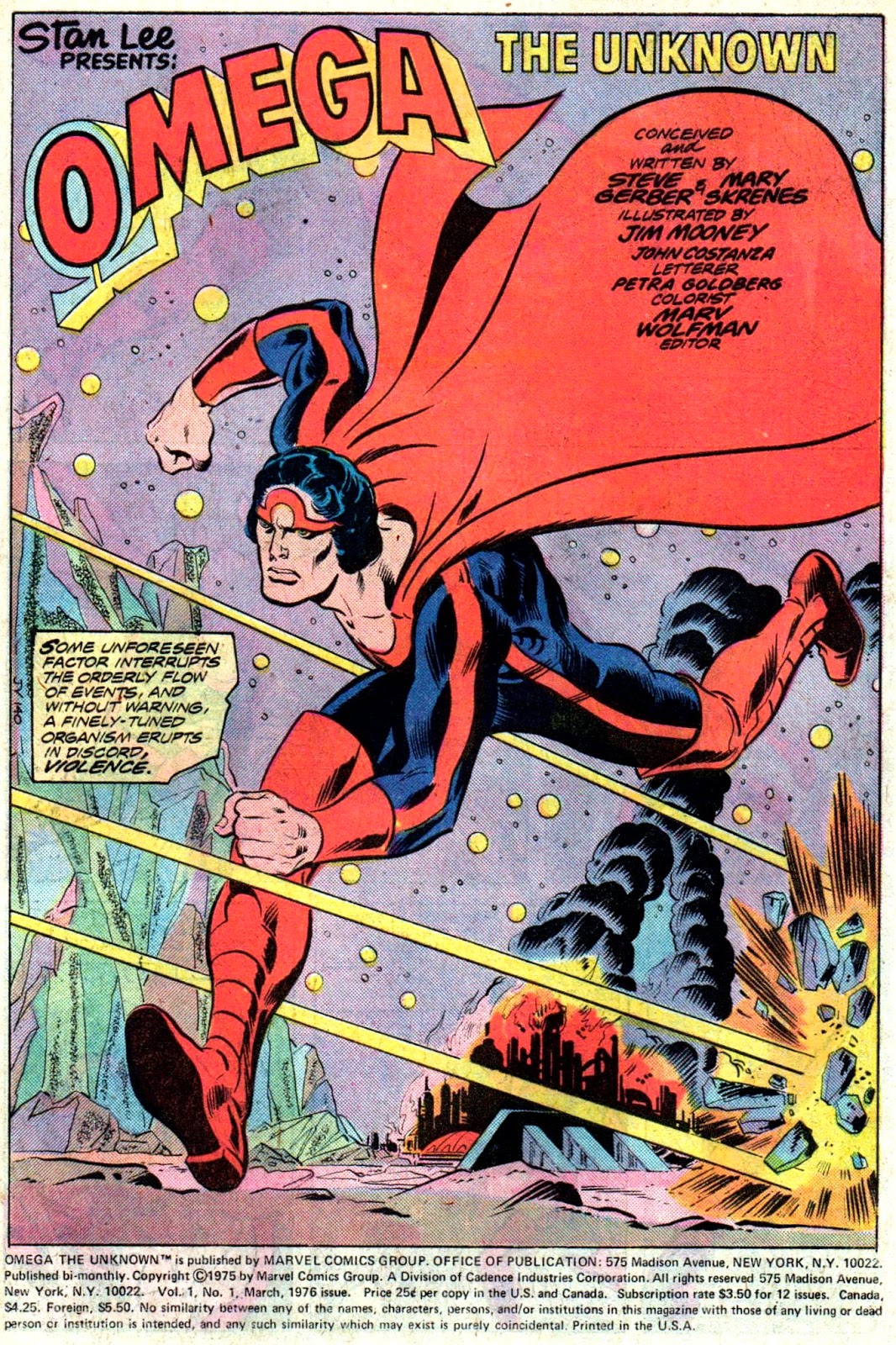 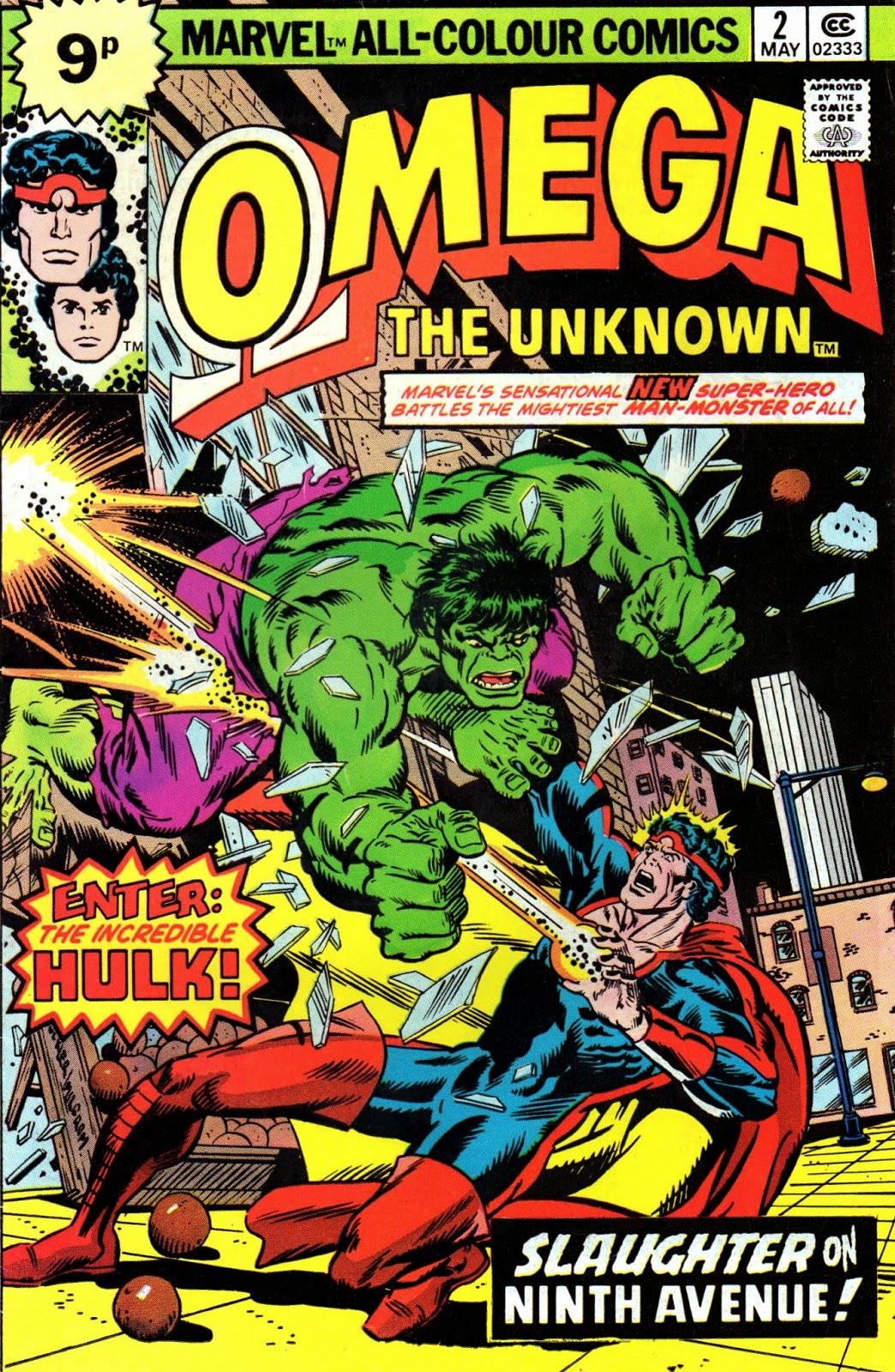 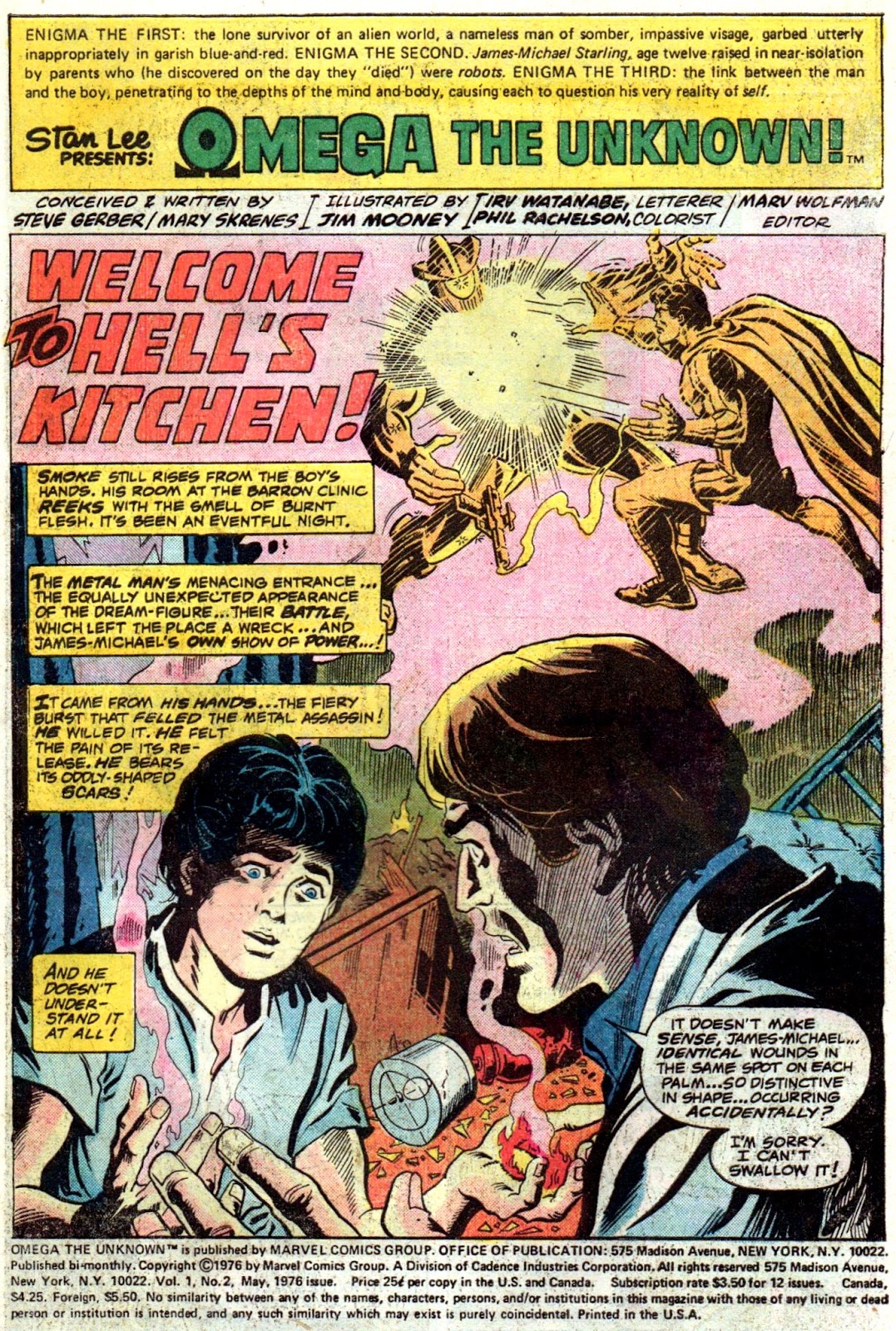 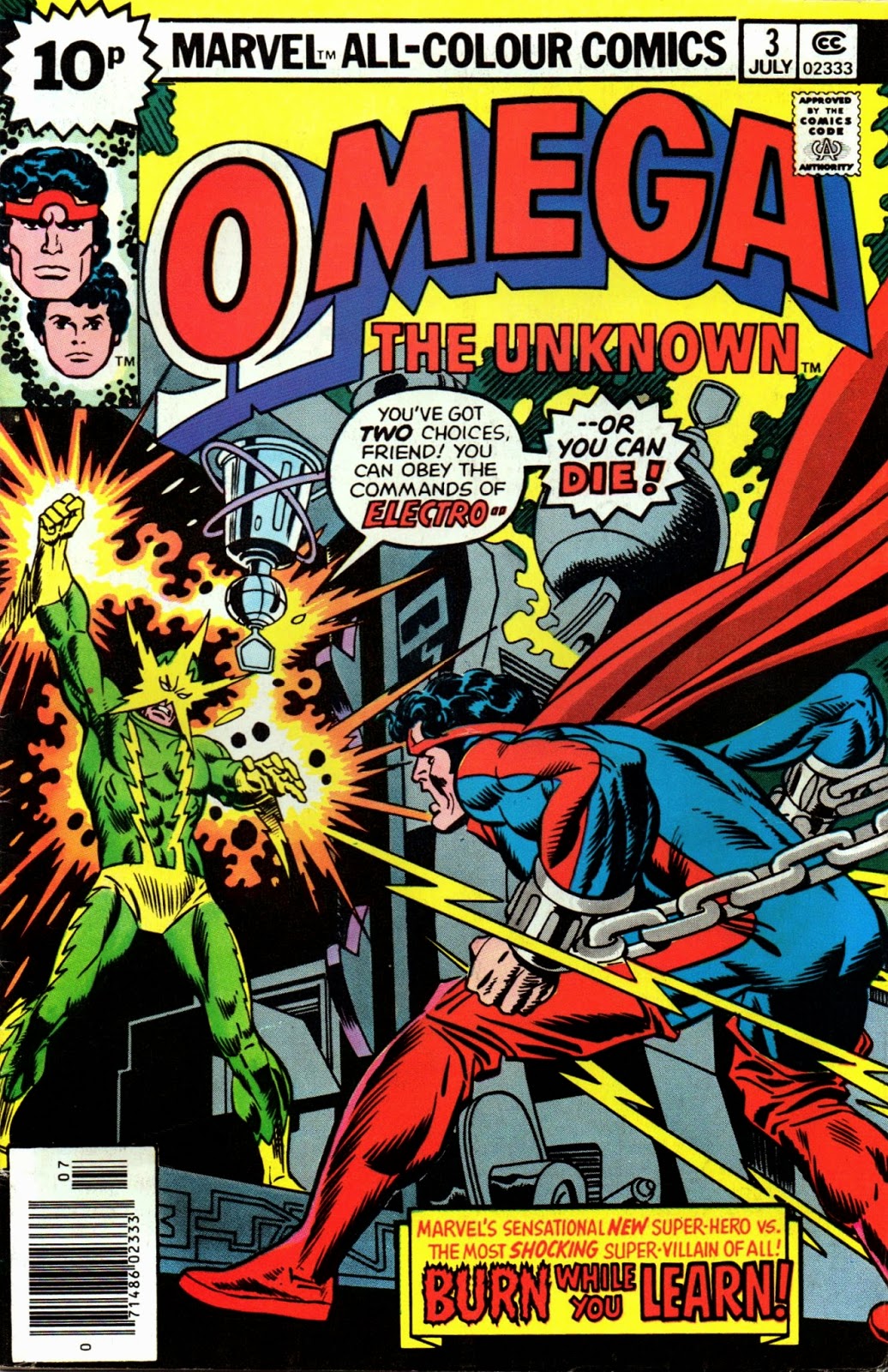 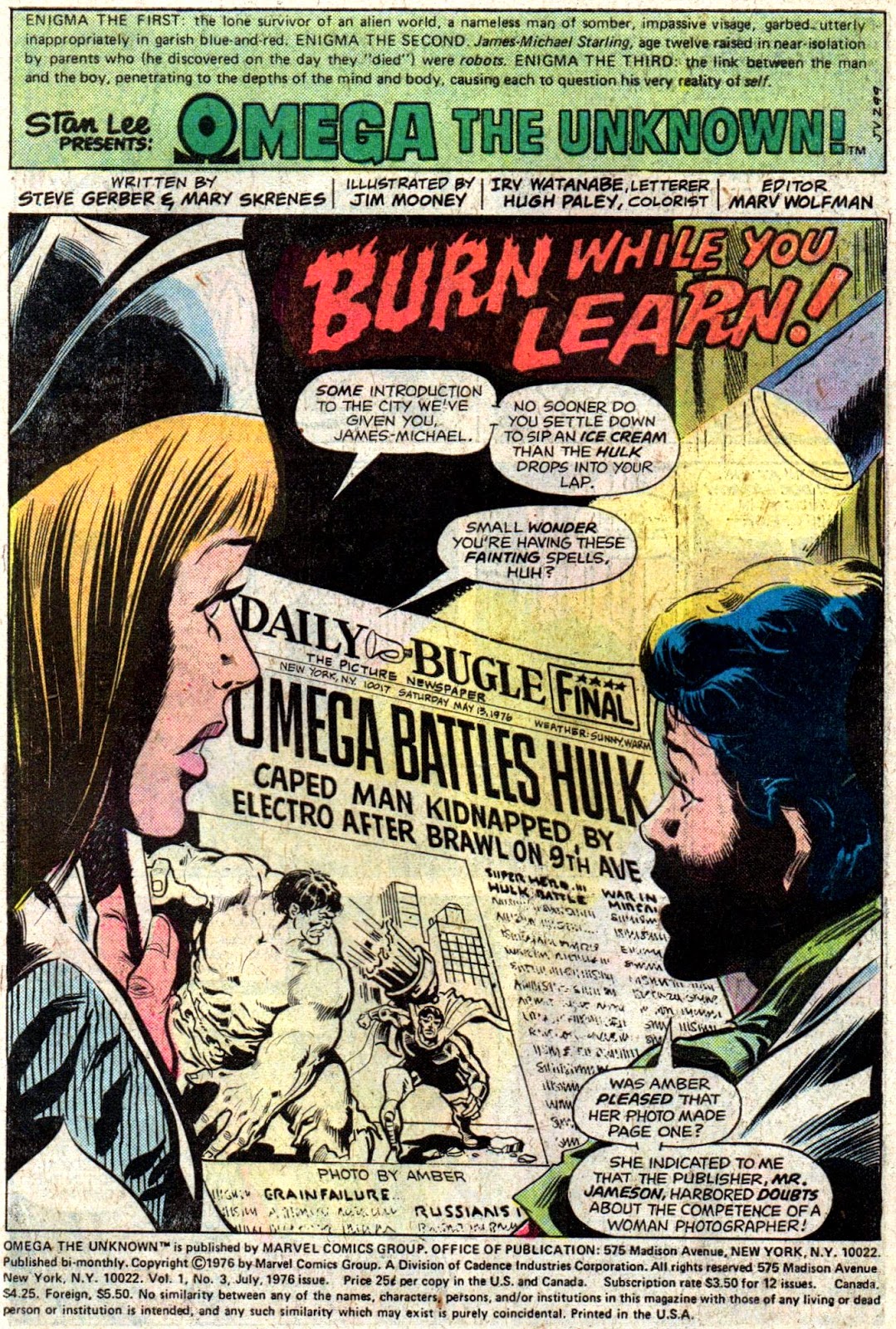 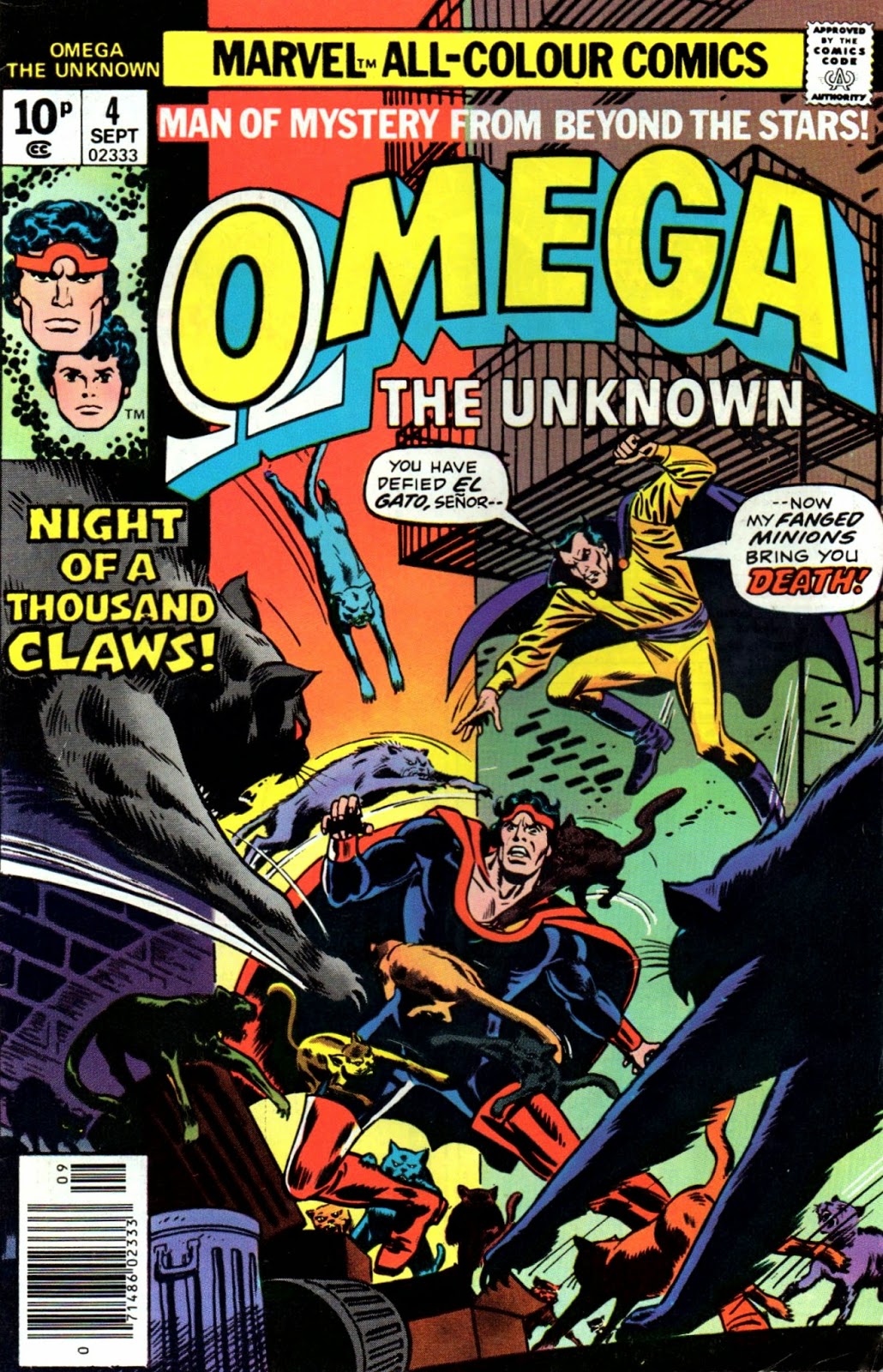 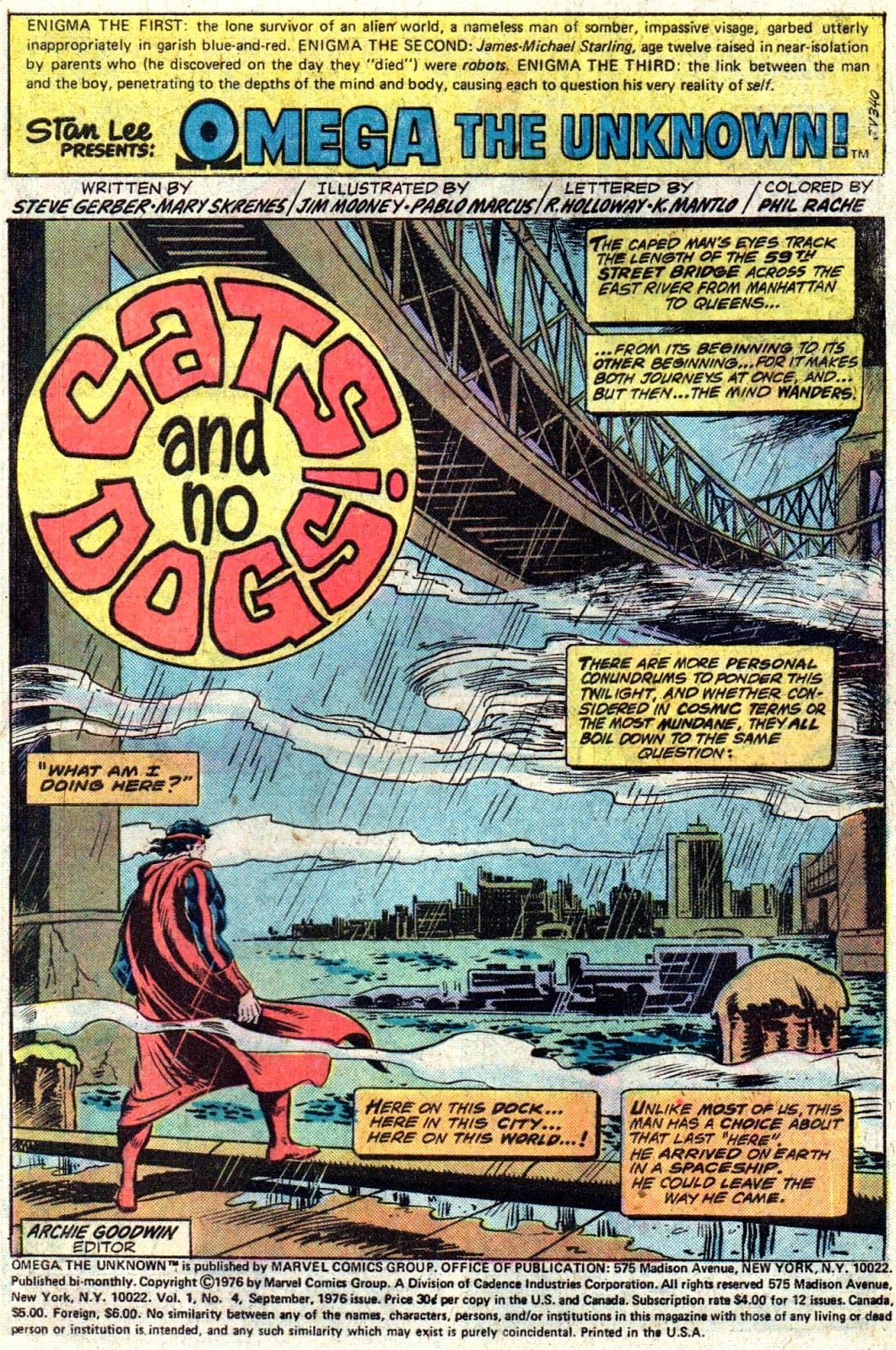 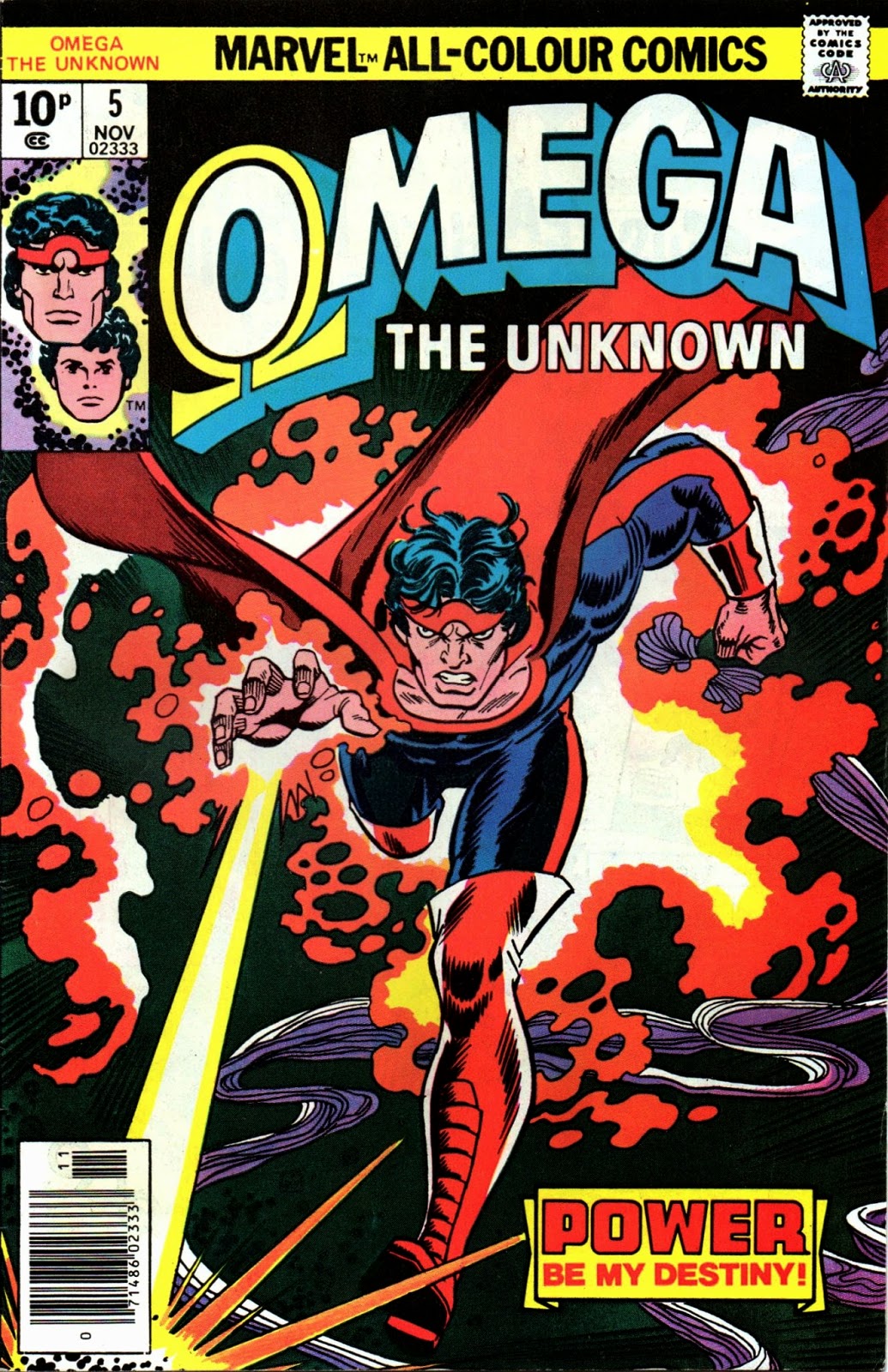 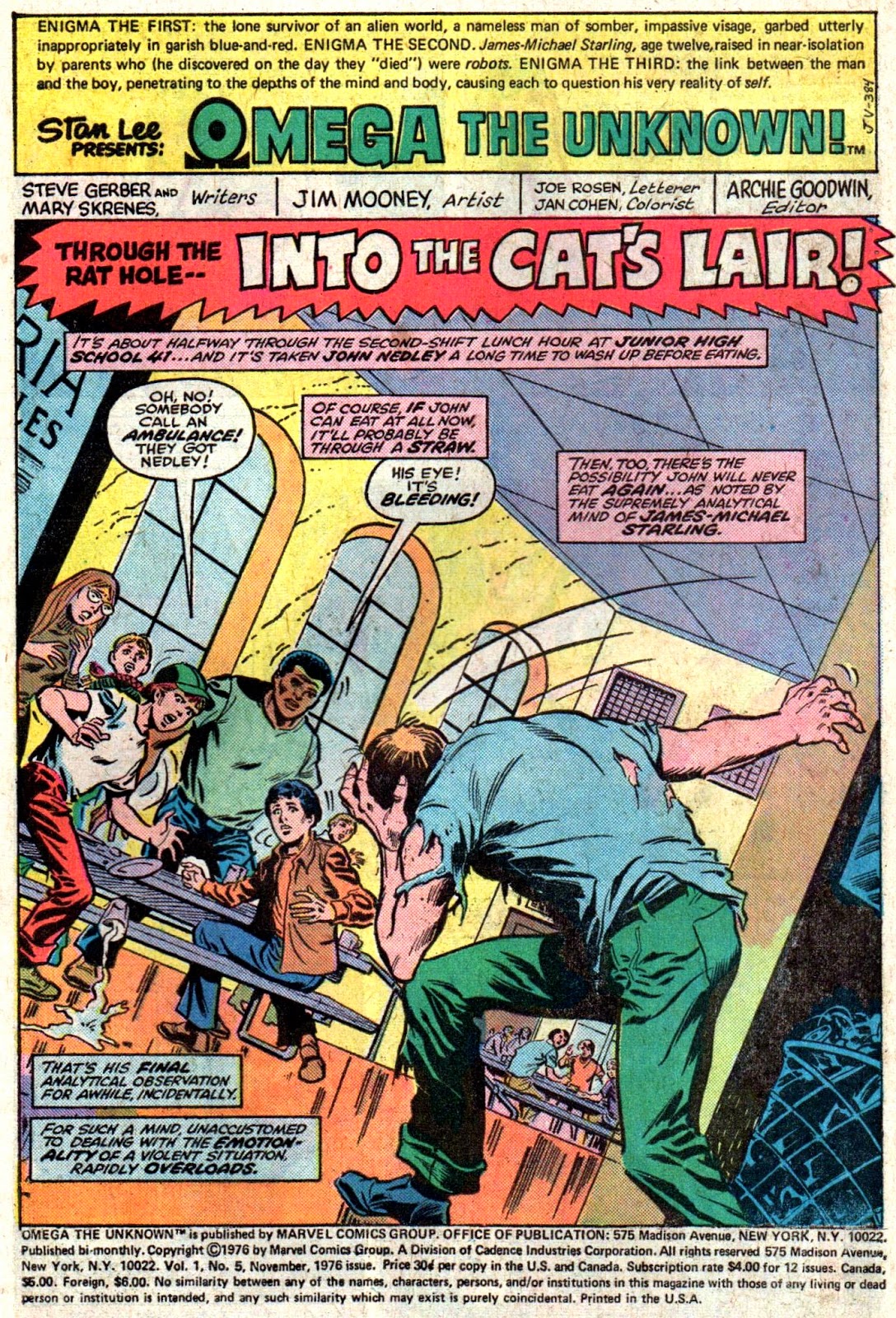 Oops, I accidentally deleted your comment, JP, so I've cut and pasted it from my enail inbox. Her it is:

Did he ever crop up in the Defenders?

Yup, I believe another writer tied up the loose ends in at least a couple of issues of The Defenders towards the end of the '70s.

Those were the days when Marvel was inventing new characters all the time, an age of innovation. Nowadays they play safe and stick to the same characters and over-use some of them like Wolverine who seems to be everywhere.

I was there for the first few issues but I was probably losing interest in comics around this time.
Great covers ,not so great interiors or story.
Jim Mooney can certainly draw but his little trademark
'light blue eyes' used to bug me!
Even inking others work,the light blue eyes would be there.
It did come in handy when I was asked to name the artist or inker by my younger brother though.

He'd better not be playing football in my back garden, CJ, or I'll kick his arse.

Light blue eyes would be down to the colourist 'though, Baab, would it not? Besides, I fancied his rendition of Supergirl, who, funnily enough, had lovely light blue eyes. Now there's a coincidence for you!

Yep he's seventies all right the exposed chest tunic and riding boots give it away. Somewhere he's got a gold medallion and sanchez moustache hiding away on a discarded model sheet I suspect. They did something similar to Prince Namor's look for a while although it was a bit more Glam Rock.

I loved Gerber on Manny, Howard and his occasional stint on books like The Hulk and Daredevil. However this was almost too ambitious- it may have worked as a mini series but on going it was too frustrating to have Omega mute and the boy totally oblivious to his own background. The story even opens out further later on with Omega in Vegas not being very super-heroey at all.

I've got a Namor action-figure wearing that suit, DSE. I guess they thought it seemed strange that all the other Atlanteans wore body-covering clothes while Subby wore just his scaly y-fronts.

I hear the character was revived in a ten issue series around six or seven years back, Andrew, and did really well. Maybe he spoke this time 'round?

Now that is interesting.
I probably saw more of his work in black and white re-prints than in colour.
What I should have written was,he draws a very distinctive eye which distracted me.

Ah, I assume you saw his work in Super DC then? He was also a good inker on Romita's Spidey.

I read issues 1,2, and 4. Never saw any others. Although I liked Defenders, I never really warmed to Gerber's Omega. The characters seemed unsympathetic and in some senses it was too unpleasantly realistic.

I just remember being underwhelmed by the issues I read. If I recall correctly, a number of mystified readers expressed their confusion in the letters pages. I'll perhaps wait until I acquire #s 6-10 before re-reading the set, but I won't be knocking myself out to find them.

Never knew about the revival, Kid. Might be tempted to track it down- do you know if it's written by Gerber (with or without Ms. Skenes)?

You lasted longer than me on Omega I bailed out after issue 2 - Seemingly it was revamped in a limited series around 2005/6 and was supposed to be an good read. I loved Jim Mooney's art on Spider-man when working with Romita excellent stuff

It wasn't by Gerber, Andrew, who was initially none-too-happy about the character been revived without his involvement. However, I believe he liked the result, which appeased his initial anger.

Sometimes, McScotty, in the mid-'70s, I'd give up on a series if I missed an issue. You know, I wouldn't see #6 so therefore wouldn't bother buying #7 (or any further issues). That may have been what happened here, but then again, it could easily have been because it just wasn't punching the right buttons with me.

I have maybe seen one issue of Super DC.
It would have been Marvel comics.
The work that sticks in my mind is Creatures on the Loose,Gullivar Jones.
Drawn by Gil Kane and others and inked by Jim Mooney.
They re-printed these in The Planet of the Apes british comics.
I do remember his work on Spider-Man as well.
I just associate him with those eyes.

And they've haunted you ever since, eh? There's a movie in there somewhere, Baab.

I bought all the issues of this, including the limp Steve Grant Defenders ones where they tried to tie up all the loose end. yep, & I even invested in the relaunch by Jonathan Lethem & Farel Dalrymple from a few years back ( which was AWFUL! ).

it was bat-shit 70's Steve Gerber craziness at it's very best. I'll not countenance a bad word said about, I tell you!

Alas, Joe, only 10 issues paints a different picture. I'll re-read them one day and give you an updated assessment.