A PICTORIAL TRIBUTE TO MICK ANGLO - PART ONE...

As reported on other sites, MICK ANGLO, creator of MARVELMAN, passed away recently.  To be completely frank, as Marvelman was merely an imitation of FAWCETT's CAPTAIN MARVEL, I'm not entirely convinced that the term 'creator' strictly applies in ol' MM's case, but I don't have an axe to grind over it. 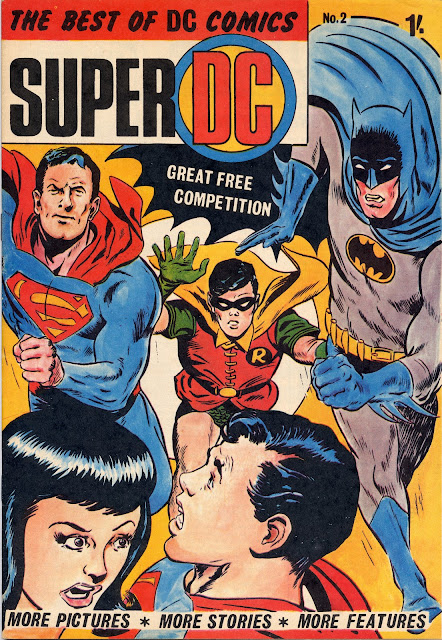 Mick was also the editor of SUPER DC, a British monthly magazine which featured resized reprints of various superhero strips from the stable of NATIONAL PERIODICAL PUBLICATIONS (DC COMICS) back in 1969/'70, and I have very fond memories of the title. 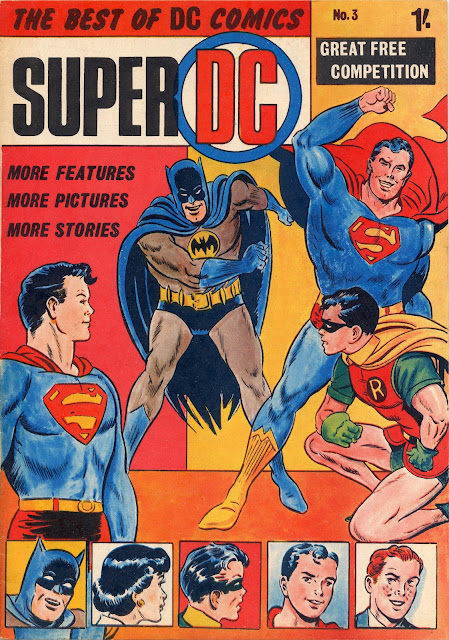 Now that MARVEL own the rights to Marvelman, Mick can be regarded as having been associated with Marvel and DC - no mean feat for any British comics person. In memory of Mick, I've decided to focus on Super DC, as I was never really into Marvelman when I was a kid.  Although, ironically, I later lettered the sample pages submitted to Marvel when they were in negotiations for the character.  No doubt it was my fantastic hand-lettering which clinched the deal.  Harrummmphh!  (Sorry, there seems to be something stuck in my throat.) 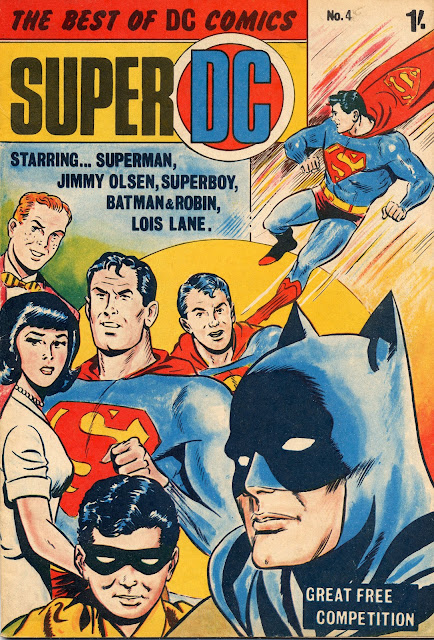 I seem to remember DEZ SKINN saying somewhere that Mick, as well as his duties as editor, also drew the covers for Super DC.  If anyone can confirm that, feel free to do so in the comments section.  If it wasn't him and anyone can identify the artist, let me know and I'll be sure to give him a credit. 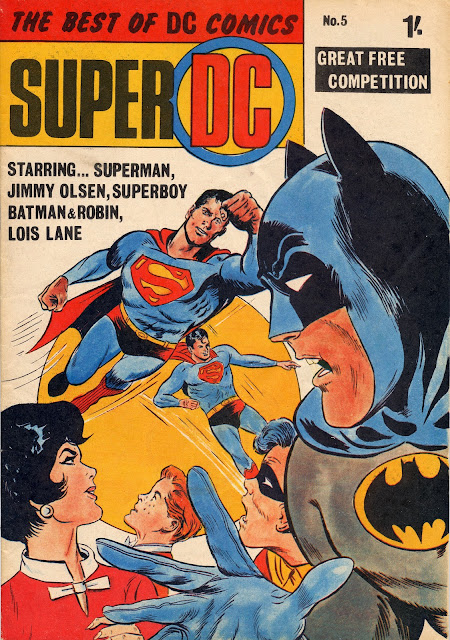 According to the late comics collector and historian DENIS GIFFORD, there were fourteen issues of Super DC.  I have the first thirteen issues, so if anyone has the elusive fourteenth, sell it to me or kindly send me a scan of the cover so I can feature it in the second part of this tribute.  (Update:  Don't worry, I've now got it.) 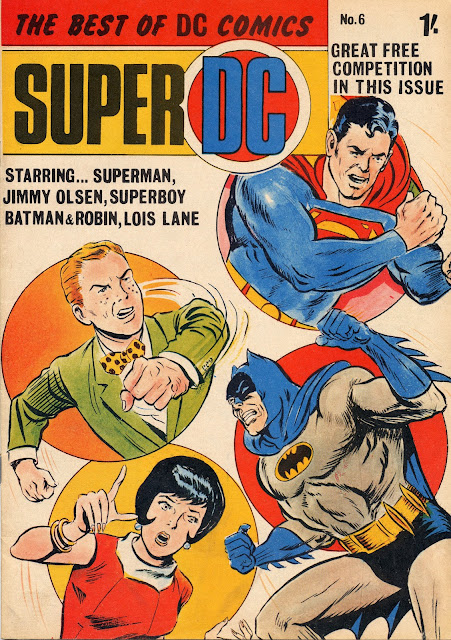 MAURICE ANGLOWITZ, born on June 16th 1916, died on October 31st 2011, aged 95.  In his time, he worked as an editor, writer and artist - a one-man team supreme you might say.  He could probably letter as well.  Obviously he was at the front of the queue when talent was being handed out.  (Despite BATMAN's stunted left leg on the cover of issue #2.)

I recall reading some of the early issues of Super DC but I'm vague about the contents. I remember "The Round-Robin Death Threats" and the first Space Canine Patrol Agency story. I was more interested in the features: a Cybermen photo-spread in one issue and a Lore of the Legion feature serialised in a couple more.

I may well scan them and feature them in a future post.