O, MERRY MAID OF MIGHT, PLEASE WON'T YOU MARRY ME?

A while back, in a rare mad moment of indiscretion, I somewhat impetuously revealed my schoolboy crush on SUSAN STORM (aka The INVISIBLE GIRL), but I have an even more shameful confession to make.  I could never quite remain faithful to sweet Susie, swiftly switching my fickle infatuation 'twixt a succession of four-colour cosmic cuties whenever my attention was diverted by some slinky, seductive temptress provocatively posing and pouting at me from whatever captivating comic I happened to be rabidly reading at the time. 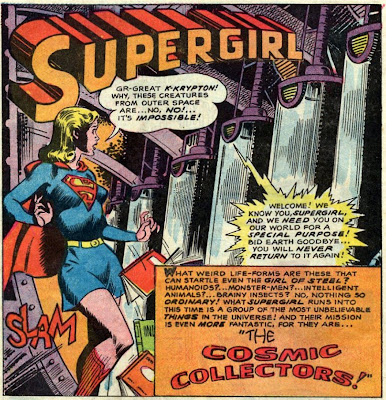 SCARLET WITCH, SATURN GIRL, The WASP, and MARVEL GIRL were just some of the many superpowered seductresses to whom I felt oddly drawn - unlike them, who were awesomely and alluringly drawn (little pun there) and stirred such strange sensations in my stomach.  Another was KARA, alias SUPERGIRL (who actually bore a striking resemblance to both Susan and Saturn Girl), and - whether drawn by JIM MOONEY or KURT SCHAFFENBERGER - she set my young pulse racing with passions I didn't quite understand and would've been unable to 'express' had the divine diva magically sprung to life in front of me.  (7 year old boys are probably more clued-up on such 'affairs of the heart' nowadays, I imagine.) 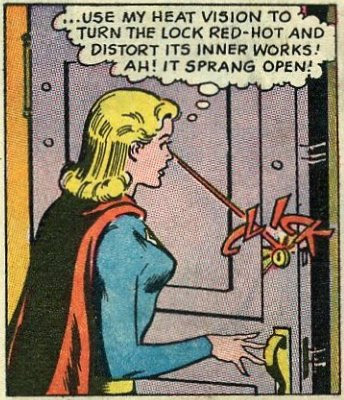 Anyway, in tribute to Kara, here's a selection of images carefully culled from my comic collection to hopefully give you an idea as to why the heavenly honey so transfixed me.  Curiously, I never found her secret identity of LINDA DANVERS quite so attractive.  Strange what long blonde hair and a short skirt can do, eh?  (Looking at Linda now though, she's actually quite striking.  (Oh no!  I thought I'd grown out of it.) 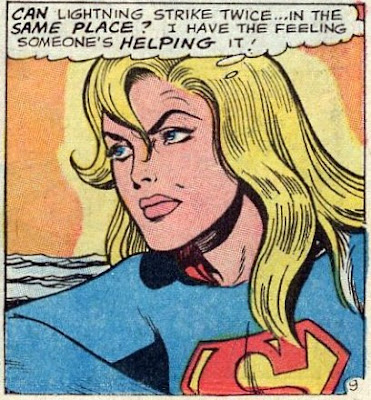 ADVENTURE COMICS #384, which heads this post, is an odd little tale, lounging in the 'land of latent lesbianism' (and transvestism), perhaps without even being aware of it, and presumably going straight over the heads of kids who read it back in the day.  Reading it today as an adult, however, it seems unbelievable that the editors didn't spot the inherent implications of the story at the time. 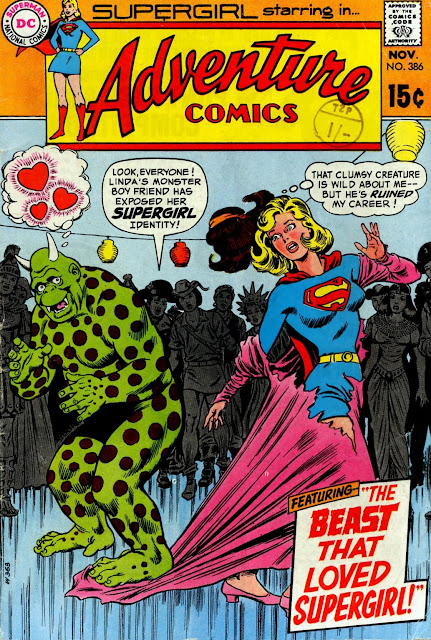 Anyway, did anyone else out there harbour such secret desires for sexy statuesque superheroines, or was I the world's only paper pin-up perv?  Please tell me it ain't so!  (Go on, 'fess up.  You'll feel better for it.) 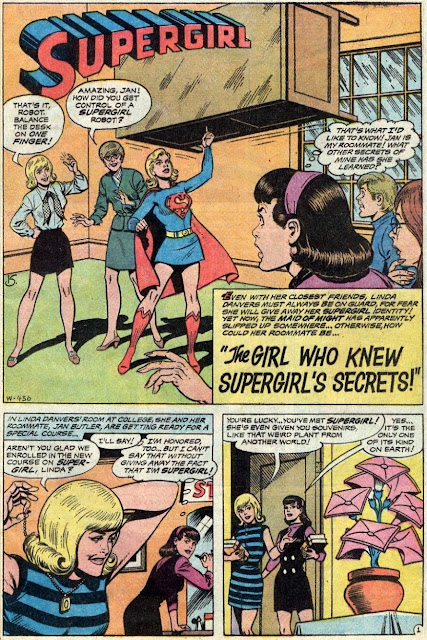 For another reminiscence in a similar vein, click here.
Posted by Kid at Sunday, November 25, 2012

I must fess up to getting a hard-on the first time i saw Jessica Rabbit on the big screen.Even sadder was the fact that i was in my late twenties at the time.
Sadder still is that she still sets a stirring in my 52yr old loins...Oh,dear!

"Language, Timothy!" No wonder she had that affect on you - Kathleen Turner was the model for her. Jessica was drawn over her, apparently.

Bed with no supper, you potty-mouthed rascal.

I'm sorry , Kid , but I've got to tell you that if you actually FANCIED these comic characters then you had some very serious problems! Now if you'd have said Betty Rubble ........

Strange - I'd have thought Olive Oyl was more your type.