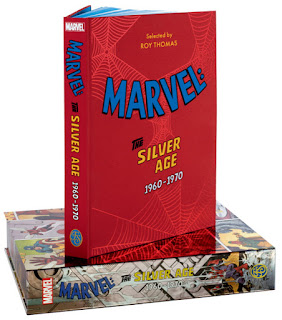 As an old guy who likes old comics, I am surprised and delighted at the events of the last few years.

In the 1960s and '70s many comics were at their height.  There were wonderful creators and new characters were coming out all the time.  However, comic books were considered ephemeral, disposable items and often thrown out.

There was also what I call 'The Comic Code Hangover'.  Many parents felt that comics were a bad influence or just printed for children.  They were the Rodney Dangerfield* of publishing - they got no respect.  (*US comedian, born Jacob Rodney Cohen, also known as Jack Roy.) 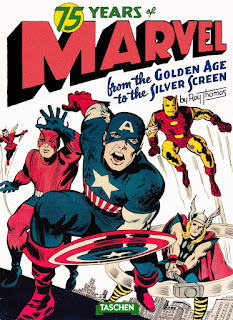 But just take a look out there now at what's available - these stories have been preserved for posterity.  Marvel and DC have been republishing them in several formats.  First Masterworks and Archives, then less expensive paperbacks (Epic Collections), then Omnibus editions, and now Giant Size books.
Taschen has been printing volumes about DC and Marvel, ranging in price from $10, to $200 to $2,000!
The Folio Society has published Marvel Golden Age, Silver Age, and now Bronze Age collections for $225.
Dead Reckoning has published Mike Vassallo's Atlas At War.
These books sell, and at these prices they are selling to adults.  What I thought was once lost has been found again.  Rejoice! 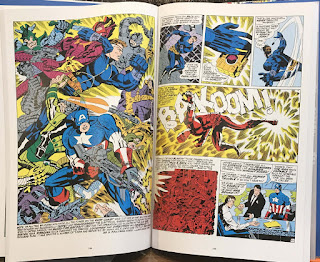 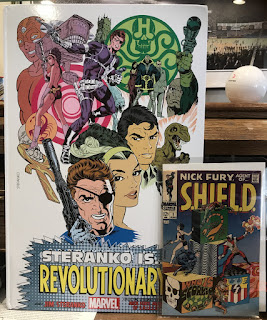 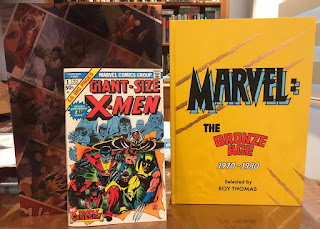 A few years ago when print-on- demand books looked as if they might take off, I had hoped that we might get POD trade paperbacks- imagine being able to go on the Marvel website, choose 20 or so favourite issues and have them printed in the Epic Collection format!

I completely agree that we live in a golden age for comics reprints- there are very few comics that I'd like to read again that aren't already reprinted (the 90s Spectre series, the remainder of Quasar, and ACG's Herbie are the only ones that spring to mind for me).

I'm not sure if they're still doing it, but DCT were printing past Beano Annuals 'on demand', DS for around £20 per pop.

Also, there were two trade paperbacks of some of the '90s Spectre tales, and I believe that Herbie has been reprinted, as I remember someone I know buying some hardback books of the character several years back.

Added to these books of course are the excellent facsimile editions and the true believers comics which are my favourite formats for reprints. I thought the UK graphic novel reprint format of a few years ago were great very cheap and a nice selection of books. I would of course prefer the original monthly titles but you can't complain about the collected editions can you

If you're talking about the Panini/Marvel reprint editions, McS, the main thing wrong with them was that they often used inferior proofs compared to the US editions. So, for example, although Marvel US were reprinting FF and Spidey 1st appearances from superior, more faithful sources, Panini were supplied with the clumsily retouched versions from a few years before. Yeah, love most of the Facsimiles and Believers, and the Epic Collections are great.

Yeah the Panini books, I liked them and thought the print quality was good, then again I'm not as savy about these type of things and you are so that kinda goes over my head unless it's really poor. I don't really get many collection as I'm more into specific individual comics so would pay £15 for a single comic rather that £20 for it in a collection of other editions etc.

I'm not 100% sure, but I think that Panini reprinted the '70s Captain Britain strips in 5 volumes before Marvel US did, and they were absolutely fine. The Captain Britain Omnibus volume I saw looked as if it had used the same sources as the Panini editions, so not all Panini stuff had inferior contents, only now and again. However, any inferior proofs had been originated in the States for early editions of the Masterworks volumes before later being replaced with better ones, so I don't know why they were supplying the poorer proofs to Panini when better ones were available.

Like you, McS, I prefer single comics, but think how much it would cost you to buy the original issues of Dr. Strange, Swamp Thing, or Conan, so the collected editions are a convenient and relatively inexpensive way of catching up on what you missed or replacing what you once had.

Very true Kid and I either have or will get those collections (and some others like Hulk by Trimpe , Severin and Thomas etc)but in most cases I'm only after some of the US editions I bought as a kid that have special meaning to me. What's thefavourite collection you have bought and one you want or wish they would collect?

Oh, good question, but can I give you a good answer? I like the two softcover Masterworks volumes of Strange Tales, which reprints all the stories before the good Doc got his own mag. The reason why I like them is because they're more or less comicbook size, not too rigid, floppy even, which makes them, despite being books, more like reading a thick comic. I like the Epic Collections of The Hulk because it uses the cover of #5 as the cover of Volume 1, and it's very nicely coloured. I couldn't really single any out because they're all quite impressive, but I do like the recent Conan one I acquired.

What do I wish they would collect? I think they've pretty much got them all covered, McS. Any that haven't yet been done will be sure to be collected in the fullness of time. Oh, I'd like to see Kull The Conqueror, the Severin issues (even though I've got them all), but that may well have been published already, not sure.

Problem is that the Spectre reprint books stopped around issue 16 (presumably due to low sales) and those Herbie reprints are really expensive now! I'd love to see Herbie being reprinted in an Epic collection style format.

Bill Mantlo wrote a really good Rawhide Kid mini series in the 80s with RK as an old man- I have all the issues but don't think it's ever been reprinted. I'm sure it would be a pleasant surprise to many readers if it was collected ( and might raise a few more $$$ for Mr Mantlo).

It was a four issue mini-series, DS, and I still have the ones I bought at the time. I featured them on the blog back in 2014, so just type Rawhide Kid into the blog's search box if you want to see the covers and splash pages again without digging out your own comics.