IS THERE A DOCTOR IN THE HOUSE? 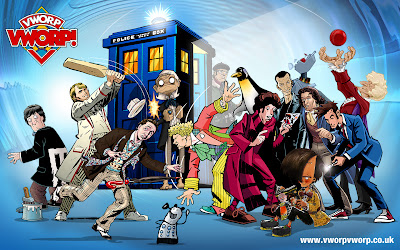 For all DOCTOR WHO fans who don't already know (and there surely can't be many), there's an excellent publication called 'VWORP VWORP!' which devotes itself to the comic strip universe of everyone's favourite TIME LORD.  Canny COLIN BROCKHURST and gallopin' GARETH KAVANAGH are the men behind the mag, which is named after the distinctive sound that the TARDIS makes as it materializes (and dematerializes too, obviously) in time and space somewhere. 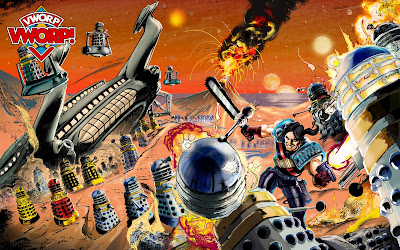 Unfortunately, Volume One is now sold out, but the second ish is still available. November will see the release of the third in the series, the contents of which will be announced closer to the time, although an interview with writer ALAN MOORE and a TV CENTURY 21- style comic strip are confirmed for inclusion.  This is a mag that no true Who fan will want to miss - so make sure you don't! 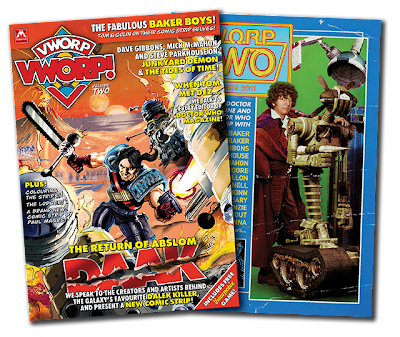 Further details can be obtained from www.vworpvworp.co.uk - so do yourself a favour and click on the link now.  There's no time like the  present - or, in the Doctor's case, the past and the future as well.
Posted by Kid at Wednesday, March 13, 2013

I've never heard of this magazine - the covers look excellent!